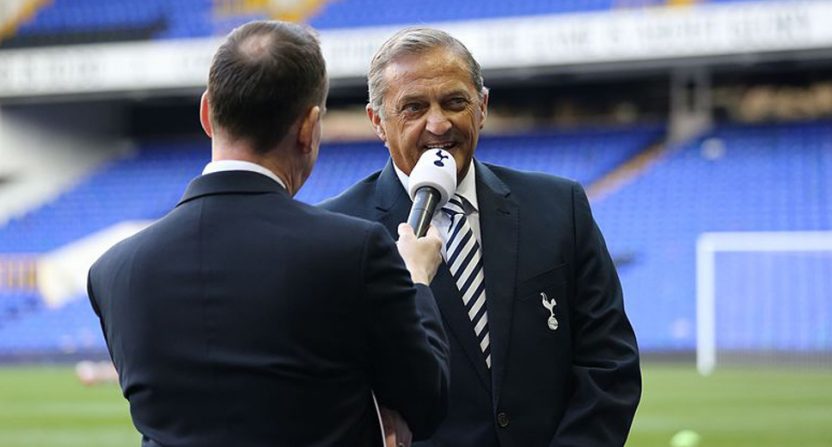 In today’s installment of “Stories to give you nightmares,” we present what happened to Gary Mabbutt in South Africa. The 57-year-old Mabbutt, a former defender for Bristol Rovers, Tottenham (477 appearances from 1982-1998) and England, has severe type 1 diabetes and has little feeling in his feet. He told the BBC that’s what led to a rat eating part of his foot while he slept, six weeks ago while he was visiting his daughter in South Africa:

“All the opponents that I’ve played against and I finally get taken out by a rat,” Mabbutt told BBC Radio 5 live.

…”I’ve gone to sleep and during the night a rat has come into the bedroom, climbed into the bed and has decided to chew on my foot,” he said.

“It’s made quite a big hole in my toe, going down to the bone, and ate underneath my foot.

…”Unfortunately the rat had had a nice meal and I hadn’t been able to feel it,” he said.

Well, that’s pretty horrifying. Especially when it turns out Mabbutt was also told by his daughter (sleeping in the next room) that she’d received a bite on her thumb, but didn’t notice the rat chewing on him until it bit his own thumb an hour later. He was forced to fly back to the UK for surgery, wound up spending a week in hospital, and still needs daily hospital treatment.

That’s just part of the many health challenges Mabbutt has had. He battled diabetes throughout his playing career and helped raise awareness of the disease on children’s television program Blue Peter, and he almost lost his leg in 2013 thanks to peripheral arterial disease triggered by his diabetes, which required further extensive surgery and made it so he can no longer run or kick a ball. Even today, he still has to inject insulin seven times a day and test his blood 10 times a day. But a rat eating your foot is certainly far from a typical worry with diabetes, and it’s a horrifying one. It’s good to hear that Mabbutt has come out of this reasonably okay (although it’s led to a whole lot of extra challenges for him), but it’s a story that’s certainly going to provide nightmare fuel for many.