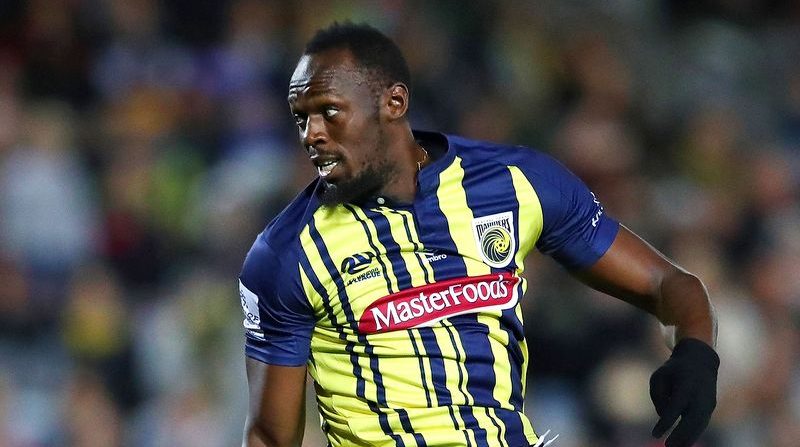 Usain Bolt has represented his country as well as any other Jamaican in athletic competition. Bolt is the most decorated Jamaican track athlete, winning eight gold medals and 11 world championships during his illustrious career. Now retired from track and field, the 32-year-old is trying to forge a soccer career.

Bolt’s soccer skills aren’t as notable as his sprinting, but that shouldn’t come as a surprise to anyone. Anyone who tries to start a new professional career at 32 is going to have a difficult time. Nevertheless, Bolt is on trial in Australia with Central Coast Mariners and scored twice in a preseason friendly against a lower league all-star team.

As he awaits a professional contract, Bolt may someday be representing his country on the international stage once again. Michael Ricketts, Jamaica’s FA president, told ESPN FC that he is monitoring Bolt’s progress and that could eventually mean a potential call up to the Jamaican National Team.

“If he shows he’s good enough to make the Jamaican team then he will be called up, but we are following his progress — we are watching him closely. The coach will make a decision but we would love to see him in a serious, real match situation.”

Ricketts also pointed out that he would prefer Bolt play in Jamaica. If Bolt were to play for a Jamaican team, he would fill the stands no matter which team he played for. Ricketts admitted that it would be easier for the Jamaican FA to watch Bolt play and measure his progress if he was playing closer to home instead of playing halfway around the world in Australia.

While it’s clear that just naming Bolt to the team would be a financial boom, both in attendance and advertising, Ricketts wants Bolt to earn the spot. He certainly has the speed, so Ricketts is looking at Bolt’s soccer specific skills to see if they improve in the foreseeable future.

“We are hopeful because Usain would certainly be a crowd puller. If he turns up in a Jamaican outfit then a lot of people would want to turn up and watch Usain Bolt play football.”

“Usain has a special attribute in his speed,” he said. “If he can add a little bit of skill, some flair, he could supplement this Jamaican team. The players would certainly welcome someone like Usain. I have had informal discussions with some of them and they are excited at the prospect of playing with Usain.”

“If he can make the transition from being a superstar on the track to being a good enough football player, then we will certainly call him up.”

Some have the belief that Bolt’s soccer career is a bit of a publicity stunt. There are some elements of that theory because no team is going to let a 32-year-old begin a soccer career unless they have mainstream worldwide popularity to make it worth that team to take the risk. At the same time, Bolt seems to be taking the opportunity seriously and is working to improve so he isn’t just expecting to move up because of his name. It’s important to note that Bolt doesn’t yet have a professional contract and that’s pretty important if there’s any hope of a Jamaica call up. But if Bolt shows improvement, we may be seeing him on the pitch for club and country (and maybe in FIFA as well – imagine that pace rating).