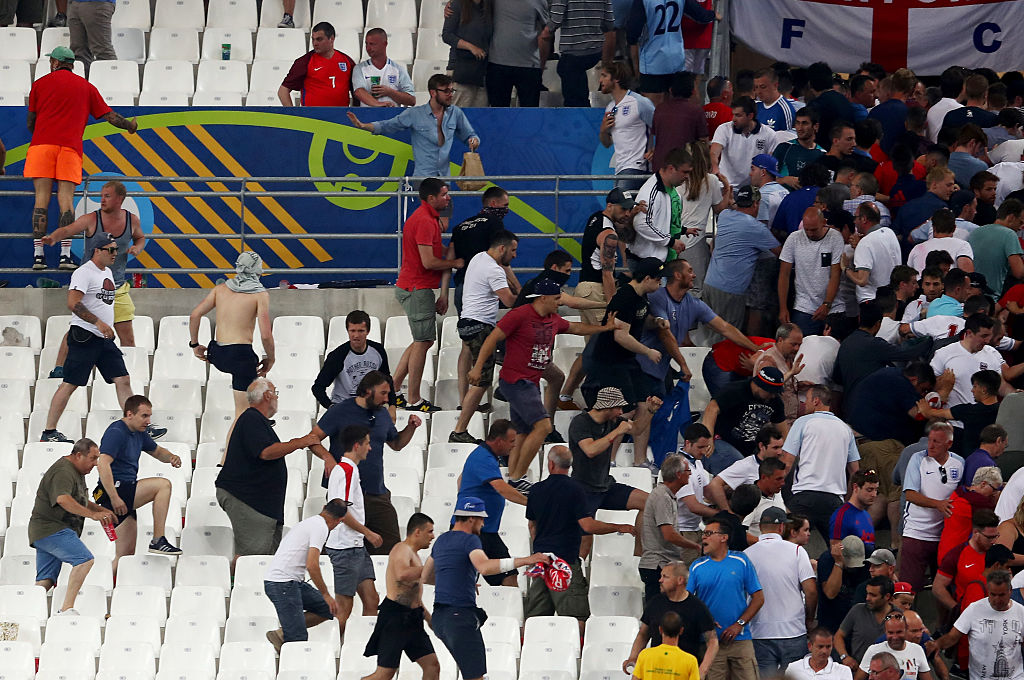 According to NBC Sports, “over 150 specially trained Russian hooligans” are to blame for the majority of the violence before, during, and after the 1-1 draw between England and Russia at Euro 2016 this past Saturday.

Just to be safe, the definition of a hooligan is:

“A violent young troublemaker, typically one of a gang.”

The match occurred in the French city of Marseille and city prosecutor Brice Robin has put most of the blame on those well trained Russian hooligans. However, Robin said 20 people had been arrested, but only two were Russian.

But the Russians weren’t the only one behind the violence – some English fans were to blame as well. Robin also pointed out that the majority of the 35 fans who were injured were in fact British.

Unsurprisingly, FIFA issued a statement saying if the violence continues to occur, both the English and Russian teams could face severe penalties and maybe even be disqualified.

UEFA has already begun to look into the Russian Football Union for the conducts of its fans. Somehow, some Russian fans snuck in flares and fireworks into the stadium, which they proceeded to fire at England’s fans after Russia’s late equalizer.

In UEFA’s statement they said:

“Disciplinary proceedings have been opened against the Russian Football Union (RFU) for the following events occurring inside the stadium: crowd disturbances, setting off fireworks and throwing of missiles. A decision on the sanctions to be imposed will be made within the next few days, once the RFU has been able to submit written statements and evidence.”

“UEFA acknowledges that there were segregation issues at Stade Velodrome and will implement corrective measures to strengthen the deployment of security personnel at stadiums, in close collaboration with local authorities.”

Incredibly, Russian soccer official Igor Lebedev praised the hooligans and told them to keep it up.

“I don’t see anything wrong with the fans fighting. Quite the opposite, well done lads, keep it up!”

After the attacks in Paris and recent shootings in Orlando, the police has spent the majority of its time focusing on potential terrorist activity at the different matches throughout France, and rightfully so. Sadly, it’s just resulted in more fan violence instead.