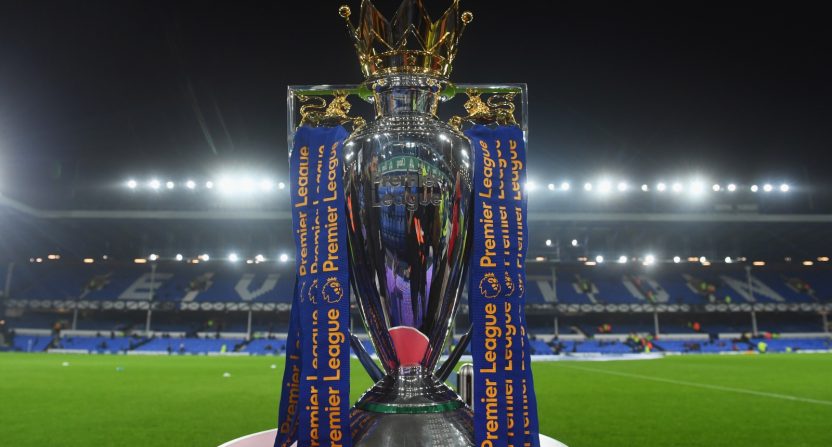 Ask any experienced gambler or Premier League fantasy player and they’ll tell you the hardest weekend to predict is the first one following a World Cup. Not only were teams not together during the preseason but we don’t even know if World Cup players will be ready to play by the first weekend of the season.

But that didn’t happen this year. This year, nearly all the World Cup stars were not only back with their clubs for the start of the season, but they started games as well.

That is not good for the Premier League.

During World Cup years, players meet up with their national team right after their domestic season ends, giving them virtually no offseason. Sir Alex Ferguson used to give any of his players who competed in a summer tournament a mandatory four week (28 day) break from the end of their tournament until they rejoined the team, but according to a tweet from Arlo White, the only “official” agreement is for a three week break.

How do we feel about managers pressuring World Cup players to report back early, when agreement with union stipulates they have one window of 3 consecutive weeks to rest? I know I know, they are millionaires etc, but if they’re knackered, could it affect their performance?

Usually this only affects a few players on a few teams, but this year it’s unique for many different reasons.

Another obvious difference between previous years and this one was the success of England. By making it into the third place game, their stars were in Russia one day fewer of the maximum amount of time. Compared to England’s 2010 and 2014 World Cups, where they bowed out in the round of 16 and the group stage, they had 48 and 53 days in between their last World Cup game and the start of the club season. Plenty of time to have a four week break and get ready for the season, something they just didn’t get this year.

The last difference is the sheer amount of Premier League players playing on the final days of Russia 2018. In 2010 there were six outfield players on Premier League rosters playing in the final and none in the third place match. On the first weekend of that season Robin van Persie made a 15 minute cameo of Arsenal’s first match, as did Fernando Torres with Liverpool. Cesc Fabregas and Everton’s Jonny Heitinga (Netherlands) weren’t even in the squad for the first game.

Only Nigel de Jong and Javier Mascherano started their club’s matches on the opening weekend. Mascherano would pick up an injury, moving to Barcelona a few weeks later but failing to establish himself in the squad until March.

2014 saw 14 outfield players playing on the final weekend of the World Cup. Of those 14 players, only Aston Villa’s Ron Vlaar, a defender, played 90 minutes in his first match. Jose Mourinho, who never seems to believe in resting players, allowed Andre Schurrle and Oscar to start their first match but subbed them both off. Neither player played 90 minutes in consecutive matches until well into September. Everyone else was reduced to cameo appearances in their first match or two.

That brings us to 2018. Thanks to England and Belgium going all the way to the end, there were a whopping 24 outfield Premier League players playing on the final weekend of the tournament. That number jumps to 30 if you include players who made more than two appearances during the tournament but didn’t play in the third place match or final.

If you gave all the players involved in the final weekend of the World Cup a 28 day break they would just be returning to their clubs on August 12th, this past Sunday. If you gave them just the three weeks that Arlo White says the agreement is for, that would leave them with just five to seven days to get ready for the season.

That obviously didn’t happen as not only were players back on the field in the first week, but some even voluntarily (with pressure from their coaches) cut their vacations short to get back to training with their clubs.

This scenario has put the Premier League into a bubble that is simply dangerous. Players need time off, not just from the mental strain of playing a full season and then a World Cup puts on you, but because playing soccer for 11-12 months a year isn’t healthy.

In a regular year, Romelu Lukaku and Mauroane Fellaini making cameos in the first game of the year wouldn’t be a big deal. This year, it’s way too soon, and yet they’re the ones that look good. Harry Kane, Dele Alli, Paul Pogba, N’Golo Kante, Raheem Sterling and many others all started matches and played significant minutes this weekend. Hell, Kyle Walker played in the Community Shield a week ago!

Eventually, this bubble is going to burst. Players are going to be overused and the injuries are going to mount up. The Premier League season is already tougher than any other league. Teams routinely look “leggy” during December when the festive period fixtures kick in. Now we’re asking the players to do this but without having had nearly any recovery time in the past year and a half?

One player particularly at risk is Harry Kane. Kane was present in Tottenham’s starting XI this past weekend despite clearly being not fit.

Kane hurt his ankle back in March only to come rushing back three weeks later. Kane did manage to win the Golden Boot at the World Cup (thanks to penalties, set pieces, and luck) but fans were already noticing that something was still wrong with the star striker.

You can't come back from an ankle injury in 3 weeks and be ok. Stats show his output was pretty much 50% of what he was capable of doing before the injury. This is worrying. https://t.co/2UTYZC4R6E

Foot injuries are very tricky. In 2010, Wayne Rooney injured his foot in March putting his World Cup in jeopardy. Rooney shocked everyone by coming back a week later, but he wasn’t the same. He didn’t score again all season, and quickly picked up an injury that kept him out for a further six weeks at the start of the next season.

Manchester City and Liverpool may have the depth to not be undone by injuries, but questions over whether the other top four contenders could do the same are valid. One team that could benefit from this is Arsenal, who did not have many first choice players go deep into the World Cup.

The Premier League is the only league that usually has to deal with this, as the German, Spanish, and Italian leagues don’t start until a few weeks later. That puts the Premier League in it’s own bubble. That bubble will burst eventually, let’s just hope that no one seriously gets hurt, and the clubs who rushed these players back learn the hard way.