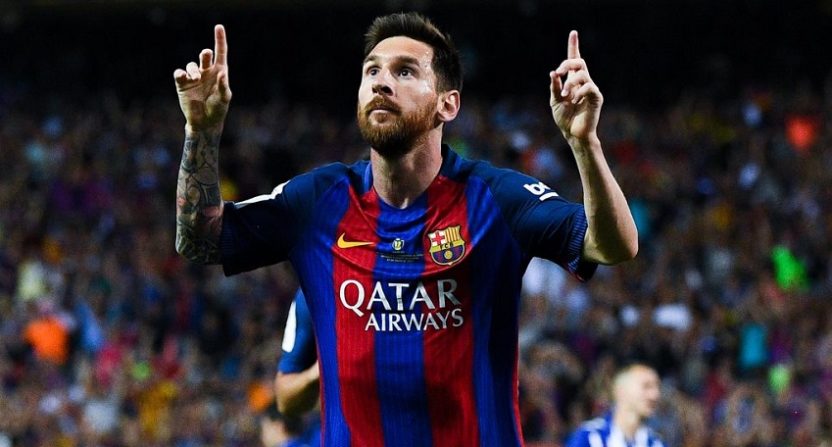 That makes an optimal time to reassess the top 10 soccer players in the world list. Here is a definitive list that surely won’t spark any debate.

10. Toni Kroos [Real Madrid/Germany] Kroos often goes unheralded. So, we will herald him here. He’s the world’s best all-around midfielder. He’s a phenomenal passer and tempo-setter. His club and national teams will win titles. Someone else will score the goals and take the headlines. Down a few paragraphs or perhaps on some arcane tactics blog, someone will point out that Kroos’ stellar play was the actual key to his team’s success.

9. Paul Pogba [Manchester United/France] Pogba didn’t dominate Euro 2016. The expectations, after his subsequent world-record $115 million transfer to Manchester United were impossible to meet. No surprise, he didn’t. One saw the pressure weighing on him during a disappointing first season. Nonetheless, Pogba still has time to develop at 24. He may have the best combination of physical tools and technique in the sport. He may make some folks regret their sweeping dismissals next season.

8. Harry Kane [Tottenham/England] Spurs have looked a lot less like Spurs with Harry Kane. Maybe someday Kane can make England look less like England. He missed the mark at Euro 2016. The 23-year-old may be the world’s best all-around forward. His ferocious finishing is just one of his standout abilities. The scary part is he may still have room to develop. Kane scored 35 goals in just 38 club appearances over 2016-17. He led the Premier League in goals despite missing eight matches.

7. Antoine Griezmann [Atletico Madrid/France] Griezmann is something any soccer aficionado can appreciate: an inveterate goalscorer with blistering pace and great hair. Griezmann dipped a bit in 2016-17 after being the standout player in 2016-17. Still, he has scored 83 goals in all competitions over the past three seasons. He’s the world’s best player not at a “major” club. At 26, he is just at the peak of his power. The transfer saga of the summer will be whether someone pulls the rip cord on his $112 million release clause.

6. Alexis Sanchez [Arsenal/Chile] Sanchez is an Energizer bunny up front or on the wing for Arsenal. He’s coming off his best season as a club player, scoring 30 goals for Arsenal in 51 appearances in all competitions. He scored five goals in Arsenal’s final four wins in the EPL. He also scored for the Gunners in the FA Cup semifinal and final. He’s probably leaving North London this summer, for teammates that can match his effort and ambition. Few players could provide an upgrade on the wing for a loaded Bayern Munich. He may be one of them.

5. Sergio Aguero [Manchester City/Argentina] Aguero isn’t in the transfer rumor mix. He gets overshadowed by his more illustrious international teammate. He’s so consistent he gets taken for granted. But, the 28-year-old remains lightning quick in tight spaces and a lethal finisher. 2016-17 was his fourth-straight season scoring 28 or more goals in all competitions. If not the best striker in EPL history, Aguero is certainly in the conversation with Thierry Henry and Alan Shearer.

4. N’Golo Kanté [Chelsea/France] Kanté has had one of the few rises that are indeed “meteoric.” Two years ago, he was playing in relative obscurity for Caen in Ligue 1. Now, he’s coming off a player of the year award for Chelsea in the English Premier League. Kanté is indefatigable. He covers an extraordinary amount of ground. How big of an impact does Kanté have? He was the major addition for Chelsea, who improved by 43 points and went from 10th place a season ago to first. He was the major subtraction from Leicester City, who earned 37 fewer points and fell from 1st to 12th.

3. Luis Suarez [Barcelona/Uruguay] Hard-charging and technically gifted, Suarez would be nearly any team in the world’s best player, except the one he’s on. He may be the most fun player to watch, which makes his history of racism and high-profile love nibbles especially unfortunate. The Uruguayan striker has been the perfect auxiliary for Messi up front for Barcelona. He finished 2016-17 as the Primera Liga’s second top scorer, to Messi, with 29 goals. He also led the league in assists (13).

2. Cristiano Ronaldo [Real Madrid/Portugal] Real Madrid eased Ronaldo back from his Euro 2016 knee injury. It’s paying dividends now, with Ronaldo in fine fettle. He scored a mere 40 goals in all competitions this season (stupendous by anyone else’s standards). Six of them came in Champions League knockout round hat-tricks that put away Bayern Munich and Atletico Madrid. He’s ageless at 32. He can even pull off frosted tips, which is no small feat.

1. Lionel Messi [Barcelona/Argentina] Messi has had awful fortune with Argentina in tournament finals (after carrying his teams to said finals). That’s the only knock on the man who is probably the GOAT and without question the most consistently dominant club player ever. Ronaldo won the trophies. Messi had the better individual season, scoring an incredible 53 goals in 48 starts. If Barcelona can’t re-sign him before next summer and he enters the free transfer market, bidding — especially from Chinese clubs — could become astronomical.

Kevin De Bruyne [Manchester City/Belgium] Reestablished himself as one of the game’s premier goal creators, leading the Premier League with 18 assists.

Neymar [Barcelona/Brazil] Biggest fault is not quite playing at Messi or Suarez level, yet. By one site’s estimation he was the top-rated player in Europe this past season.

Diego Godin [Atletico Madrid/Uruguay] Rock at the back for Atletico Madrid’s run that has included a league title and two Champions League Final appearances.

1 thought on “Who are currently the top 10 soccer players in the world?”