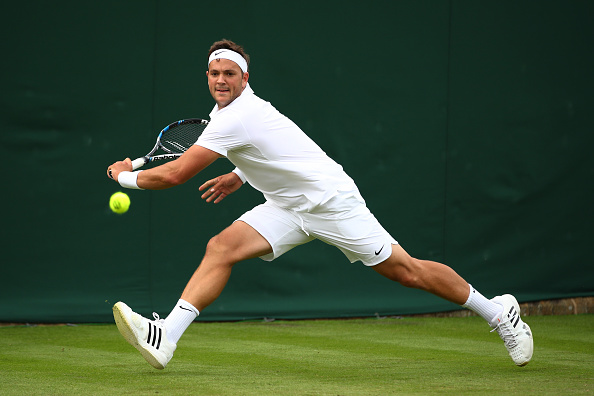 June is quickly shaping up as the month of the underdog across the Atlantic. Iceland set the tone with its improbable run to the Euro 2016 quarterfinals, including a monumental upset of England on Monday. Now, the English have a chance to cheer for their very own underdog, this time at Wimbledon.

A few years ago, Marcus Willis was so overweight that spectators at small-time tournaments referred to him as “Cartman” in reference to the rotund South Park character. Now, the 25-year-old part-time tennis instructor is living out his dream at the most famous tennis tournament in the world.

Willis, whose physique now resembles a professional tennis player’s, has improbably made it to the second round at Wimbledon, where on Wednesday he will face arguably the sport’s greatest player and current World No. 3, Roger Federer.

This is more than just your average underdog story. Overmatched competitors take on tennis’ premier players during the early rounds at Wimbledon every year, but seldom are these challengers as overmatched on paper as Willis. He is the 772nd-ranked player in the world, and in terms of world rankings, he is the highest-ranked player to advance to the second round at any major since the 1988 U.S. Open.

But it is Willis’ background that really hammers the underdog narrative home. When he is not giving tennis lessons for $40 an hour, Willis competes in local club tournaments, and still lives at home with his parents. When he defeated No. 54 Ricardo Berankis on Monday, it was not just his first tour win, it was his first tour-level match, period.

Even Federer noted the remarkable journey of his opponent, calling it “one of the best stories in a long time” in tennis.

While he certainly has received some good fortune, Willis did not completely luck into this opportunity. His pedigree indicates there is more than sheer desire driving him. He was a promising juniors player before injuries and a sour attitude derailed his career and prompted his weight gain. Willis kicked around minor tournaments across Europe, and spent a lot of time wallowing in his misfortune. Finally, after some self-reflection and a little prodding from his girlfriend, Willis decided he would take command of his future and stop engaging in so much self-pity.

”I was a bit of a loser. I was overweight,” he said. ”I just looked myself in the mirror (and) said, `You’re better than this.”’

He says he was close to abandoning hope of a pro career, considering a move to Philadelphia to teach tennis, when his new girlfriend told him to keep trying to play.

Now, he will face off against one of the legends of the sport on Centre Court, a spot every tennis-playing child dreams of playing on one day. Still, he remains realistic about his situation.

“I get to play on a stadium court. This is what I dreamed of when I was younger. I’m going to go out there and try to win the tennis match. I probably won’t. I might not.”

For a player without a much luck in his early career, Willis’ fortune has turned around in a big way this summer. While this run is likely to end against Federer, this opportunity will hopefully be the necessary spark for a professional tennis career long in the making.