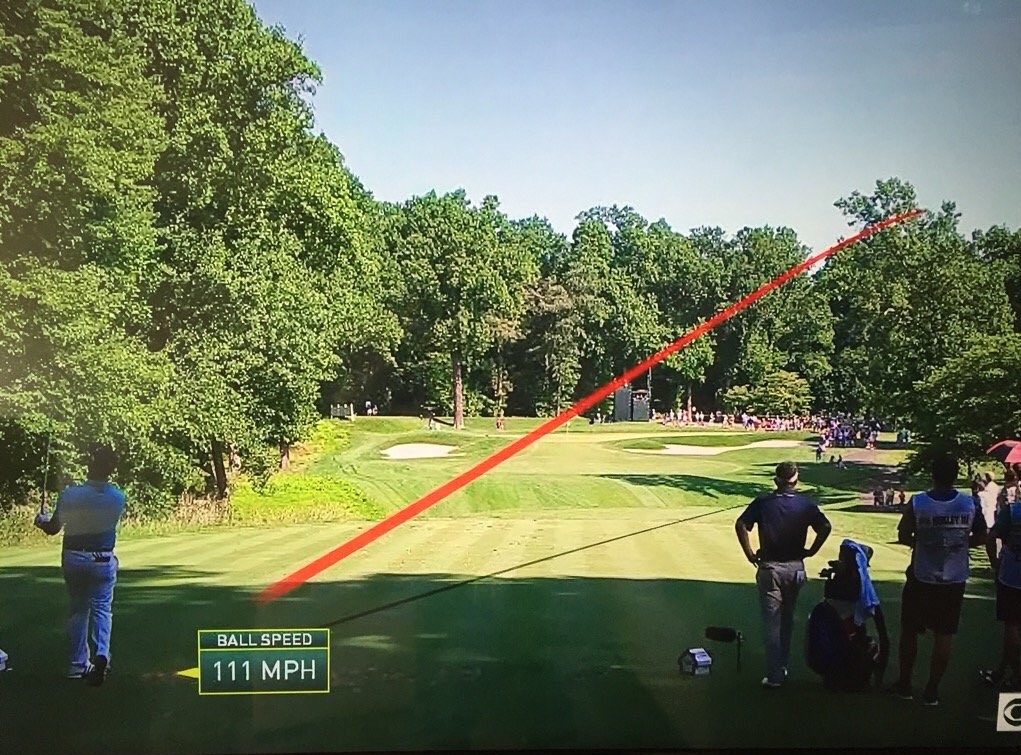 If you’re anything like me, and my goodness let’s hope not, you’re right in the middle of a love/hate relationship with summer.

Summer is, in many ways, amazing. I prefer no snow to snow, I prefer golfing to not golfing, I prefer sun to endless overcast dreariness. And yet, it’s not a perfect season. There are few things worse than having to wear a suit and tie on a humid Tuesday in July, for example. I do not deal well with heat. I sunburn easily. I don’t like to swim. (All totally universal complaints, I’m sure, and not just me complaining about things that only I would complain about.) There’s also the thin sports calendar, which I complain about in this space often (and which you’re likely tired of reading.)

In any case, the point is that summer is, generally, a good season. But that doesn’t make it easier to see a Monday weather forecast of 100 degrees.

There’s normally not much to recommend about a soccer match that finishes 0-0, even after thirty minutes of extra time. But last night’s Copa America Centanario final was actually entertaining, in a weird way. Both Chile and Argentina received red cards early in the match, as the referee attempted to…well, no one really knew what the ref was going for.

The match ended up being played at breakneck speed, but neither side could find a winner, despite a fantastic extra-time effort from Argentina’s Sergio Aguero that required a superhuman save:

Another look at Claudio Bravo's earlier save.

The match went to penalty kicks, a cruel way to decide a tournament final, but one that certainly creates plenty of drama. Messi was the first taker for Argentina; when I saw that, I thought it was a smart move; not only do you set the tone with your best penalty taker, with only ten players on each side the chances of things being tied through ten rounds were a little bit greater, and you’d want Messi taking that kick if things cycled back around. Chile’s first penalty effort had already been saved, as well, so Argentina held their own fate.

Another look at Lionel Messi's PK miss in the shootout loss to Chile. #ARGvCHI #CopaAmerica https://t.co/f5WH7gdsPA

Just a bit outside. Things cycled around, and after a few more saves, Chile had this kick to win the tournament:

That’s the second summer in a row that Chile have won a Copa America over Argentina via penalty kicks. They’re certainly an excellent team in a fine run of form; at the World Cup in 2014, they were knocked out on penalties by Brazil in the Round of 16. They’ll be contenders at both next summer’s Confederations Cup and the 2018 World Cup, both in Russia. (For now.)

But despite the win, the bigger story was the aftermath for Argentina.

Lionel Messi is the consensus best player in the world, and one of the greatest players of all time. He’s also never won a major tournament with Argentina, which is not a reflection on him. There are only so many major tournaments, and one player can only do so much to impact his team. And it’s a tribute to him, in a way, that so many people were stunned by his penalty miss:

Don't cry for me

First Take Argentina is going to be crazy tomorrow.

After the match, he indicated he’d be retiring from international soccer. He’s only 29, with the 2018 World Cup in sight. It’s quite possible he does take some time away from the national team, just to return later. But it’s ALSO possible that this really is it for Messi and Argentina. There are a few off-the-field factors that might be influencing him:

In VERY simple terms (because Twitter, and also because 2:06am), those are the main issues pissing national team players off at present.

It would be a real shame if that was the last time we saw Messi in an Argentina jersey. He deserved to go out on a much higher note than that. I’ll also be bummed that he stuck around just long enough to humiliate the United States.

-The USMNT lost the third-place match Saturday evening, falling 1-0 to Colombia. Jurgen Klinsmann called the performance “wonderful”, and if you disagree you’re likely a dumb American fan who doesn’t appreciate the nuances of the game. That said, they did play well, but Colombia was not playing high-intensity defense, and the USMNT was still unable to generate more than a couple good chances.

The USMNT finished fourth at this Copa America, on home turf, which is good on the whole. They won three, and lost three; the Ecuador win in the quarterfinal being the only game that stands out as a “good” win. They were also handled 7-0 on aggregate in their three defeats, which is a bit less than you’d like to see the team do at home.

-Billy Hurley III won the Quicken Loans National, and if that seems like an odd thing to care about, you should check out this piece on his Naval background and family tragedy. His win is a great story, and other pros seem to know that too:

Ernie congratulating Billy Hurley as they walk down the 18th fairway. pic.twitter.com/a5i5XELqMu

–This news on the health of former Tennessee coach Pat Summitt is sadly not good.

–Viewing picks for today! Wimbledon starts, plus England plays Iceland at the Euros.

-Speaking of the Euros, The Cheat Sheet’s adopted Wales defeated Northern Ireland on Saturday to advance to the quarterfinals, where they’ll meet Belgium. Hopefully they can avenge the USMNT’s 2014 World Cup exit. Maybe we could lend them Tim Howard?

But, the fact that these two teams had to play an elimination game (which reminded me of all the times the NCAA Selection Committee pits two mid-major teams against each other in the first round) prompted one of my favorite tweets of the weekend:

-An independent league game ended on a walkoff strikeout, which is just as weird as it sounds. That prompted Sam Miller to write this great piece for Baseball Prospectus, wondering just how exactly are you supposed to celebrate a walkoff strikeout?

-The NBA and WNBA were both represented in yesterday’s NYC Pride Parade, a first for a major sports league.

-Jake Arrieta lost a College World Series bet, and will now get a tattoo. I’ve never understood those particular wagers, but good for Jake for living up to his end, I suppose.

-One of my favorite things from the weekend was this shanked tee shot, caught on Protracer. I’ve always wondered just how silly some of my shots would look if documented by the best technology around, and I think we have a decent example here:

-Team USA’s Olympic basketball roster is complete, as Kyrie Irving and Harrison Barnes were added over the weekend. Despite missing a few big names (LeBron and Steph, to name two), it’s a roster that should have no trouble capturing gold in Coach K’s third straight Olympics. (Good luck trying trying to score on a defensive lineup that could include Jimmy Butler, Paul George, Draymond Green, and DeAndre Jordan, for example.)

-Movie roundup: our Ian Casselberry says to skip Independence Day: Resurgence, and that The Shallows is, well, shallow.

-There’s a new glass slide on top of a Los Angeles skyscraper, if you’ve ever wanted to pay $25 to freak out.

A Fake Headline I Wish Was Real

Okay, remember how I said at the top that summer is full of pros and cons? Well, that was before I considered all the fun dogs can have playing around with hoses and kiddie pools. Look at these guys! Summer is awesome. (Until I have to go outside.)

Hey! Do that again!