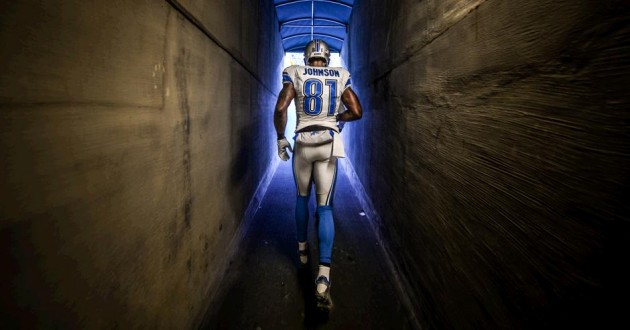 Hello! Jay again, filling in for Matt, who likely spent his evening doing exactly what he would have normally done; watching a ton of sports and tweeting. March is already in full swing, with multiple teams clinching spots in the NCAA Tournament via conference tournaments, NFL free agency, the NBA home stretch, spring training baseball, a potentially historic EPL race, and more. It’s my favorite section of the sports calendar, which is not a unique opinion, but sometimes the fact that a lot of people think something is great just means it’s great.

This had been rumored for months, with some treating it as contractual posturing, but it’s as official as possible for now: Calvin Johnson announced his retirement from the NFL. Johnson played nine years, and was such a physically dominant player, to the point of being uncoverable. As a fan of an opposing NFC North team, he was a terrifying presence (I still have nightmares about Lovie Smith refusing to give Peanut Tillman help on him, and being bailed out by a ruling that really kicked off the now-weekly “What’s a catch?” debate) who really carried the Lions through some fantastic offensive years.

Though obviously this has an effect on the Lions, both negative (losing such a talent is rarely a good thing) and positive (it does free up some salary cap room), what interests me is the continuing trend of NFL retirements. Johnson follows Marshawn Lynch from earlier this offseason, and guys like Chris Borland, Jason Worilds, and perhaps most famously Patrick Willis, have all walked away from big money before their prime. This is troubling for the sport, despite the spin from the league office to the contrary, and I wonder if we’ll look back on this in a few years as the start of a football talent drain. 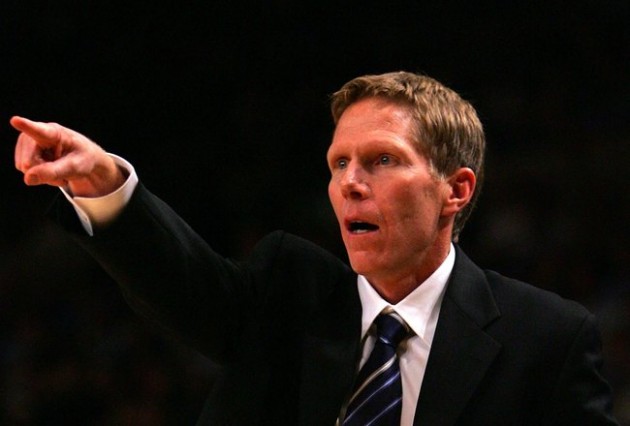 It’s almost a cliche, at this point, to mention Gonzaga in connection with March Madness, and with good reason; heading into this year, the Bulldogs (or Zags, I’m never clear) had made 17 straight tournaments. This year there was reason to doubt that streak; their tournament profile wasn’t as strong as it had been in prior years, and indeed most experts agreed they likely needed to win the West Coast Conference tournament to secure a bid. And, well:

As evidenced by that video, Gonzaga held off St. Mary’s in the WCC tournament championship game, winning 85-75 in an entertaining contest. Gonzaga has now made 18 straight NCAA Tournament appearances, which once this March shakes out, will be the fourth-longest active streak (behind Kansas, Duke, and Michigan State) and tied for the fifth-longest of all time.

The streak has been in jeopardy before:

This is the 4th year Gonzaga ranked outside the top 50 in RPI under Mark Few. Each time, Bulldogs won the WCC Tournament

Mark Few has been the coach for 17 of the appearances; he’s NEVER missed the tournament as a head coach. They’re a brand-name basketball school at this point, and indeed have been for a few years now. The one knock, such as it is, is that Gonzaga has never been beyond the Elite Eight; I don’t know if this is the team to break that barrier, but they’re still talented, and any team that allows for crowd shots of Arvydas Sabonis towering over his wife (Sabonis’s son plays a big role for the Zags) carries a piece of my heart:

Arvydas Sabonis must wear a size 9 fitted hat. Also he looks like he could be David Puddy's uncle. pic.twitter.com/Qjly1eJ9ze

Royals/Rockies game gets a stinging surprise in Surprise 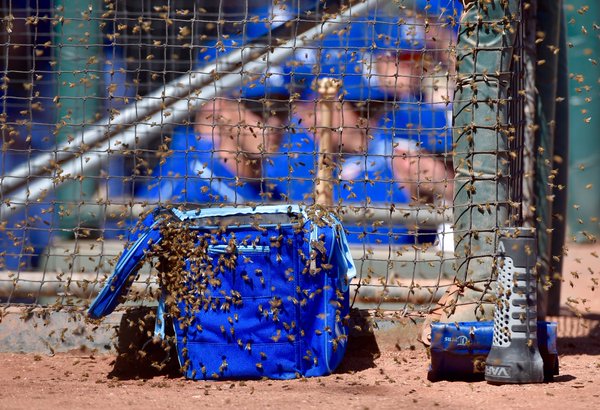 It’s not often that a spring training game generates this much buzz, but that’s just what happened when a swarm of bees invaded the field. (That’s my final terrible pun.) As our Andrew Coppen notes, this happened one year to the day following a swarm delaying a different Royals spring game. Last year, to the dismay of Ned Yost, the bees were exterminated. Fortunately, this year, a retired beekeeper was in the stands, and he volunteered to direct the removal of the bees from the stadium.

That’s awesome, because as Ned Yost (of all people) noted after the game, bees are vital to our ecology, and their population is shrinking alarmingly. Full disclosure, I’m allergic to bees and spend my summers terrified of them, but I fully appreciate what they do for us. (Except for yellowjackets. I don’t care about them at all.) 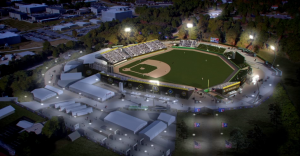 – MLB announced a July 3rd contest between the Braves and the Marlins will be played at a soon-to-be-constructed stadium within Fort Bragg.

– Arsenal stayed alive in the FA Cup, but as detailed by Billy Haisley, they picked up some potentially significant injuries, which might just fully bury them in the EPL title race. I don’t wish injuries on any team, but I’d be lying if I said I didn’t absolutely want to see Leicester City win the league, which would be one of the great sports stories.

-The Jaguars are reportedly signing former-Bronco DE Malik Jackson to a monster deal. They will likely still be bad.

-The Colts are bringing back Adam Vinatieri, who will apparently be kicking until he’s 70.

-The Green Bay Phoenix are going dancing for the first time in 20 years, closing out Wright State to win the Horizon League tournament. This follows Monday night’s incident wherein a referee attempted to eject the team’s radio broadcaster.

-Also gracing the bracket? Fairleigh Dickinson and South Dakota State, as they won the NEC and Summit League tournament titles, respectively. Does anyone else remember the Mountain Dew under-the-cap NCAA game, where each cap had a different school printed, and if you had the winning school you won? It was awesome, even though I believe 90% of caps were Coppin State. That contest likely subsidized my dentist’s retirement.

-Good news for cord-cutters who still want to enjoy the tournament: CBS/Turner announced an expansion of their March Madness Live streaming to new platforms. This includes devices such as Apple TV, Amazon Fire devices, and Roku. You’ll still need a log-in for games on the Turner networks, which this year includes the Final Four, but you’re an industrious person, I can tell. You shouldn’t have a problem finding a way to get around that.

-Mark Wahlberg wants to make a film about the life of Caron Butler.

-Damian Lillard is fire right now. Not on fire. Fire itself. Pure heat energy. He had 41 points and 11 assists in an OT win over the Wizards.

-The Eagles are attempting to remove all traces of Chip Kelly’s presence. It’s awkward, since they had grown close to his parents, and they’d like to stay friendly, but at the same time, a clean break is important for closure, you know what I mean?

-A fun read on the proliferation of those “big head” signs students wield at college basketball games in an effort to distract opposing free throw shooters.

-It was a big week on The Bachelor: the tell-all episode. This guy is essentially from exactly where I’m from in Indiana, and we apparently both now live in Denver. The similarities end there.

Alex Trebek just shouted "Nudes! Yes!" on Jeopardy! What a time to be alive. #Playboy pic.twitter.com/jeFtoywJxI

– A new Game of Thrones season six trailer came out on Tuesday, and it will make you want April 26 to get here as quickly as possible:

If you want an in-depth look at all the secrets hidden in the trailer, here you go.

Here’s someone having a worse day than you’re going to have. And I’m just talking about the sock/shoe combo.