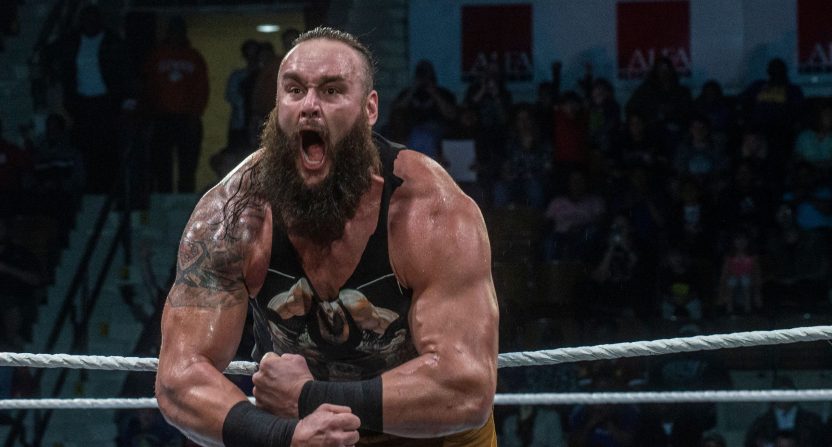 It’s not uncommon for WWE to release a collection of talent in the time soon after WrestleMania each year. The April talent releases often include big names who have aged out of relevance or up-and-coming talent who hasn’t quite panned out as hoped. But once those big cuts are made, barring special circumstances, things usually play out as normal for the rest of the year.

That’s what makes Wednesday’s announcement that WWE was parting ways with some very popular names, just a few weeks after their usual purge, so intriguing. It’s hard not to read into the WWE Superstars who have been “future endeavored” and wonder what caused the company to move on from them right now.

The most surprising name on the list has to be Braun Strowman. Strowman, whose real name Adam Scherr, just fought for the coveted WWE Title 17 days ago and has been a mainstay of the roster’s main events for years now. Long considered one of the company’s biggest stars for the foreseeable future, he signed a huge extension with WWE in 2019, netting him more than a million dollars every year. Either WWE decided that, despite his status, Strowman was no longer worth the big contract, or they needed to shed it for other reasons. Some have speculated that it’s a signal that the company is trimming the financial fat as it prepares for a potential sale.

Comcast has long been considered the obvious suitor to buy WWE, especially after WWE Network was subsumed into Peacock, their recently launched streaming service. The recent addition of former ESPN and Fox Sports executive Jamie Horowitz as EVP Development & Digital adds something to the speculation as well, as the company’s focus on digital content becomes even stronger.

Along with Strowman, the other confusing name on the list was Aleister Black, real name Tom Budgen. Black came up from NXT with tons of hype but WWE seemed to let that fizzle out last year before taking him off TV for a bit. WWE had just spent a few weeks airing vignettes that led to his return to television on May 21. Clearly, the release was a surprise to Budgen, who also wrestles under the name of Tommy End.

Im gathering my thoughts as this was a complete left field for me as obviously we just started the dark father character but this was it, thank you so much WWE universe for allowing me to create and give you small bits of myself.

Per the New York Post, Budgen said on a Twitch stream that the releases were due to “budget cuts.”

I will never forget the fans, and the love they showed me. Whether it was a tank, power-suits, flags, CRUSH, Rusev, 900 partners, weddings or tables: I tried to always entertain you, and you definitely elevated me. Thank you. pic.twitter.com/n7W5i5KAMI

Other talents that were released on Wednesday include Lana, a long-standing women’s wrestler with the company who was in the midst of a tag team angle. Her husband, Rusev, who now goes by Miro in rival AEW, had been released last year and some were surprised she had remained with the company for as long as she did.

What does it all mean? Like with so many things and WWE, it’s hard to know for sure. But it’s hard not to see these moves as a surprise and out of the ordinary. The specific reason, if there is one, will likely become clearer in the days ahead.