Ever since being crowned as the Offseason World Champions by nearly everyone two years ago, things have gone downhill fast for the San Diego Padres.

Remember that offseason? The Padres made a bunch of splashy moves, adding big name after big name: Matt Kemp, Craig Kimbrel, Justin Upton, Derek Norris, Wil Myers, James Shields and others. The moves were supposed to propel the Padres to the top of the NL West with the Giants and Dodgers. Instead, they finished fourth. This year, with only Myers and Norris left from the spending spree, they could very well finish last. Oh, and their front office is in total disarray while a scandal threatens the image of the organization as a whole. It hasn’t been the best year.

Preseason Prediction: When I said in the intro that this team “could” be better than they were in 2015, I didn’t mean “worlds better” – I meant by a couple of game. 76 or 77 wins isn’t a huge step forward, but it’s an outcome that could be in the cards for the Friars. When you have a starting rotation headed by Ross, Cashner, and Shields, and players with the potential of Kemp and Myers in your every day lineup, there’s a real possibility for damage to be done.

Much of San Diego’s success in 2016 is based on assuming their new faces can provide better production than dead weight did in 2015 – Yangervis Solarte for a full year over Middlebrooks, Ramirez over Alexi Amarista, Spangenberg for a full year over Gyorko, and so on. If they do, even at a roughly average level for their position, it’s not hard to see the Padres slightly improving. However, passing the Diamondbacks for third place in the NL West, let alone contending for a playoff spot, is a tall order. (Joe Lucia, Feb. 23)

What Went Right: Wil Myers may have finally figured it out. The 2013 AL Rookie of the Year had been plagued by injury and inconsistency the past few seasons, but this year seemed to put it all together, hitting .260/.334/.459 and joining the 25/25 club. Myers is the kind of player the Padres should build around, and it will be interesting to see if they can sign him to a long-term deal this winter as he enters arbitration for the first time.

Yangervis Solarte suffered through the horrible tragedy of losing his wife to cancer, which makes the success he enjoyed on the field this year seem very unimportant. But he built on his impressive 2015 season and hit .284/.339/.472, making him an important part of the Padres’ plans going forward. And the Friars may have found a diamond in the rough with Ryan Schimpf, a career minor leaguer who posted an .893 OPS and hit 19 homers in a part-time role. He should be ticketed for a big league job next April.

As for the pitching side of things… uh, hey, let’s talk about Schimpf some more! Did you know he’s only 5-foot-9? Crazy! 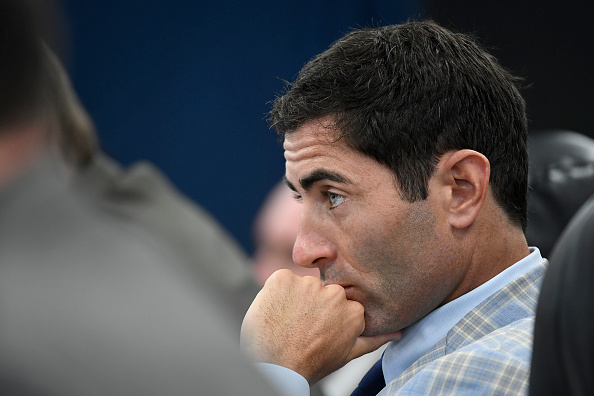 What Went Wrong: They didn’t hit enough and the pitching was awful. That about covers it for the on-field product.

Now let’s get to the real sh*tshow of the Padres’ 2016 season: the front office. First, owner Ron Fowler went nuclear on what he labeled as “underachieving” players on his team after the Matt Kemp trade, saying that he didn’t want high-priced players who didn’t perform on his team and that by trading away players, they weren’t “breaking up the 1998 Yankees.” He also ripped a letter that Kemp wrote to the fans of San Diego, calling it “a bunch of BS” while denigrating Kemp’s talent as a ballplayer.

Then Padres general manager A.J. Preller was suspended for withholding key medical information on players he was trading, notably Drew Pomeranz when he was traded to the Red Sox. This came after a player the Padres had traded to the Marlins (Colin Rea) had to be sent back to San Diego after his elbow blew out during his first start with Miami.

To recap: the Padres owner showed this year that he’s not afraid to throw respected veterans and high-priced players under the bus, and the GM was caught hiding key medical information from trade partners. I’m sure free agents will be clamoring to play for an owner like that, and teams will be lining up to trade with the Padres. I’m sure.

Most Surprising Player: That would have to be Schimpf, a player who spent parts of eight seasons bouncing around the minor leagues before finally getting his shot this year. He always flashed power in the minors – he has 128 career minor league homers – but his low batting average and high strikeout rate probably kept him from the bigs. He’s made quite the impression in San Diego though, and that should carry over into the spring. He’ll likely never be an everyday guy, but he’s a perfect platoon player/bench bat with pop. 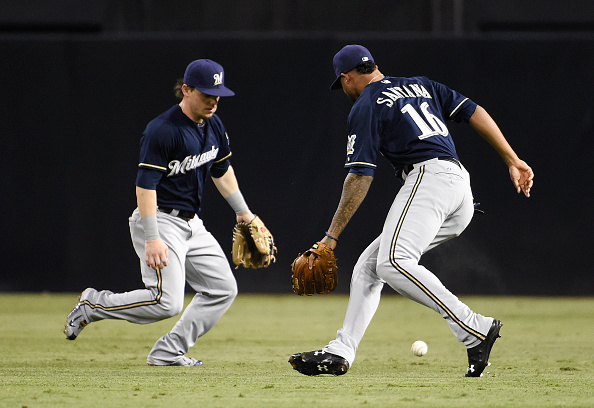 Most Disappointing Player: Derek Norris went from an All-Star in 2014, to a key trade addition two winters ago, to a guy who will likely be non-tendered this upcoming winter. Any way you slice it, Norris had an awful 2016, posting a .186/.256/.327 line across 119 games. He’ll be arbitration-eligible this winter and it’s hard to see a scenario where the Padres tender him an offer, considering the year he had. Backup catcher Hector Sanchez is cheaper and could be in line for an expanded role next year. Norris has done nothing to make the Padres think he could be a big part of their future, which definitely isn’t what they wanted when they traded for him.

The Future: Murky. The Padres received a few nice prospects in their fire sale, but chances are most of them won’t be ready to contribute for a few seasons. They have a few good pieces in the lineup to build around, but their rotation is a mess and they’re coming up on an offseason with a weak crop of free agent starting pitchers. Looking at the Padres’ roster right now, who would their opening day starter be? Luis Perdomo? That’s a problem, and it’s going to be a struggle to field a competitive team next year.

The Padres will need to get their house in order before they do anything else, too. They have to decide if it’s worth keeping Preller around after the embarrassing position he’s put the franchise in, and if they do decide to keep him, they’ll need to rebuild trust with the 29 other clubs in the league going forward.

Whatever way the Padres decide to go in the front office, they’re staring at a multi-year rebuild and years of non-contention along the way. Sadly, it’s a scenario Padres fans have become all too familiar with.