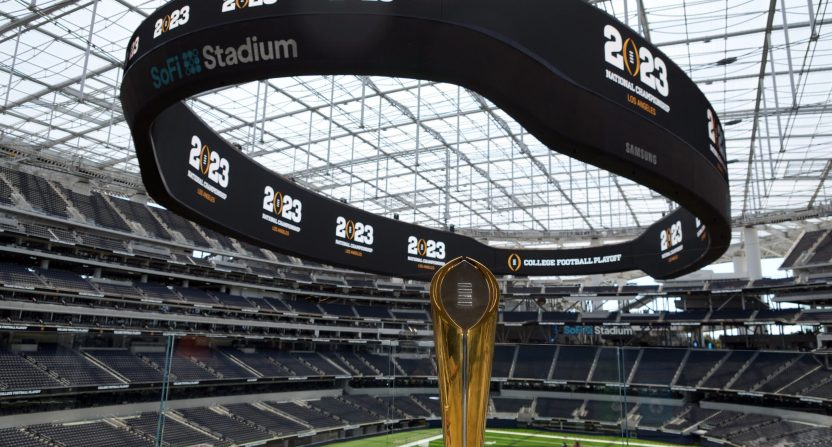 Some major news regarding the College Football Playoff emerged on Wednesday that will have a huge impact on the future of college football.

According to ESPN’s Pete Thamel, CFP officials have been informed on Wednesday that the Rose Bowl has signed an agreement that will allow the College Football Playoff to expand to 12 teams. This will take place for the two final years of the CFP’s current contract in the 2024 and 2025 seasons.

Source: CFP officials have been informed that the Rose Bowl has signed an agreement that will allow the College Football Playoff to expand to 12 teams in 2024 and 2025.

This decision comes after a long period of negotiations on both sides.

ESPN’s Heather Dinich reported on Tuesday that the CFP committee had issued an “ultimatum” to the Rose Bowl, saying that Wednesday was a hard deadline for this decision to be made.

The CFP issued a deadline of Wednesday to the Rose Bowl to decide if it can expand in time for the 2024 regular season.

Without agreeing to terms, it could be excluded from the New Year's Six bowl rotation in the next contract, sources told @CFBHeather.https://t.co/LR19CkEaGd

According to Dinich, the CFP would have lost roughly $450 million in potential gross revenue if this decision had not been made by Wednesday’s deadline.

This 12-team playoff model was already passed back in September following a vote by the CFP Board of Managers. When that decision was made, it was stated that there would be a 12-team playoff “no later than 2026”, but we still didn’t have an exact deadline.

Negotiations with the Rose Bowl had been a final hurdle that was holding up an exact date being finalized, but we now know that this historic new format will make its debut in 2024.

This decision will certainly be a controversial one for many. The topic of a playoff expansion has been heavily discussed by college coaches, with many being against a potential CFP expansion.

The college football landscape has undoubtedly proven to be evolving rapidly with the growth of NIL deals and the larger presence of the transfer portal. This expansion news is the latest change that coaches will need to adjust to.