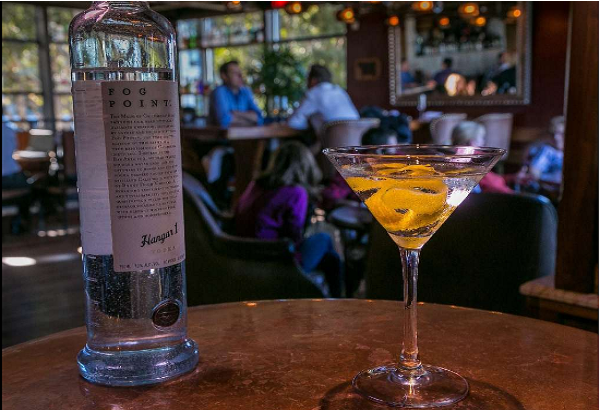 A bar in San Francisco might have just set the bar for high-priced, gimmicky cocktails.

The bar — Epic — recently started selling the Fog Point martini. This drink is made with just Fog Point vodka, a vodka made by a company near San Francisco that claims its vodka is made from the Bay Area fog. And while fog near the bay might be free, this fog-inspired drink will cost you a cool $43.

The vodka itself was released last year. Bottles go for a cool $125. While at Epic, customers can also buy a shot of the vodka for just $23. What a bargain.

A reviewer from the San Francisco Chronicle went to the bar to check out this vodka. Though it seems like a strange experience, the reviewer seems to enjoy this highly-expensive vodka.

When I go to Epic to taste the Fog Point Martini, I encounter a bartender who seems a little incredulous herself. I ask her, before ordering: Does the spirit really taste like fog?

She gives me a look, as if to ask, What kind of sucker are you? “It tastes like vodka to me.”

Has Epic been selling a lot of Fog Point Martinis? “Well, in the two weeks it’s been on the menu, we’ve already gone through a bottle,” the bartender responds. So they’ve sold at least eight.

She recommends going sans vermouth, and informs me they’re out of blue cheese-stuffed olives. OK, so the martini is no longer quite a martini. (Maybe it never was: A true martini is made with gin.) The vodka arrives in all its naked, foggy glory, a frosty glass of chilled Fog Point adorned with nothing but ice shards.

Despite not being gin, there is something distinctly botanical about Fog Point vodka. It’s fragrant (for vodka), with a sweet aroma that suggests a dewy flower petal. Faintly, I can smell rose, verbena. On the palate, it’s round, delicate, clean. Its glassy texture builds to a chalkiness on the finish, giving the impression of minerality.

You’d think the bartender would encourage the customer to order such an expensive drink. Imagine the tip on that bill.

Either way, this seems like a drink you either have once or not at all. It doesn’t matter how much money you have, dropping $43 every time you want a few ounces of vodka is so financially irresponsible.