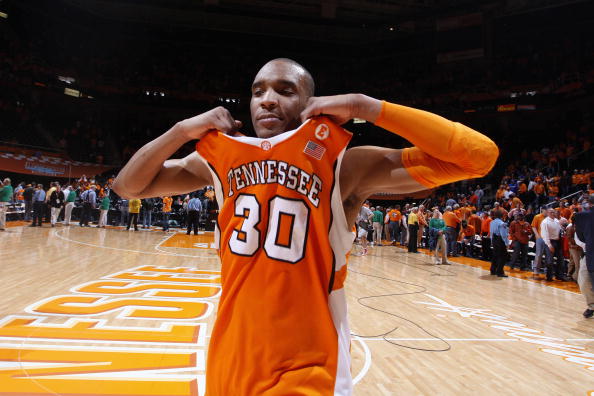 Two American basketball players who are currently playing professionally overseas are trapped in Dubai today following the Iranian government’s decision to ban U.S. citizens from entering their country. Joseph Jones and J.P. Prince, who both play for Azad University Tehan in the Iran Super League, are now unable to return to the country where they make their living playing basketball thanks to this ban.

This decision by the Iranian government came as a retaliatory measure against President Donald Trump’s executive order banning all refugees and citizens from seven Muslim-majority countries — one of which is Iran — from entering U.S. soil. Although Trump’s ban was stuck down by a federal New York court, the Iranian ban remains in place.

Eric Fleisher, who is the agent for Jones and Prince, told The Vertical that both players were on a team-funded break in Dubai when the events transpired, and they are now stuck, unable to return to their team or their residences in Iran:

Fleisher said team officials have spoken to Iranian government representatives about resolving the situation but “there is very little optimism” about finding a solution that will allow either player back in the country. Both stand to lose a substantial amount of money — six figures, Fleisher said — if they cannot finish the season.

“We are waiting for clarity from the team,” Fleisher said. “It’s tough. It doesn’t look like they can finish the season in Iran. It’s not good to be out of a job. Secondarily, all their things are in Iran. They can’t go back and get them. It’s been difficult.”

This is obviously a tough situation for both Prince and Jones. A six figure loss is a big hit to take, especially for two players who are in the prime earning period their careers. Prince, 29, and Jones, 30, are both at the tail end of their athletic peaks, and thus their peak earning power as well. To wipe a season’s worth of income away for no fault of their own is categorically unfair. This, on top of the fact that whatever their investment in living expenses in Iran is now likely just a sunk cost.

Jones is a  6-foot-8 center who played basketball collegiately at Texas A&M from 2004-08, while Prince is a 6-foot-7 forward who played two years at Arizona before transferring to Tennessee and playing three more years from 2005-10. Both are in the midst of their first seasons with Azad University Tehan and in the Iran Super League as well.