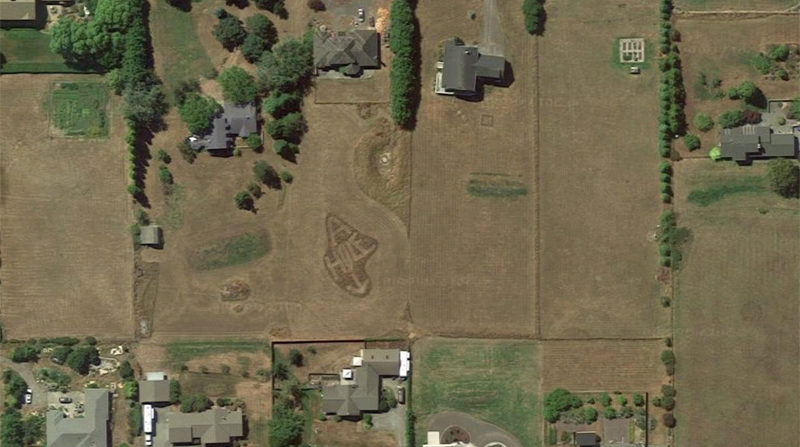 Brian Juel, of Sequim, Washington, really does not like his neighbor’s purple house.

Juel and his daughter, Brianna, circulated a petition about the house, trying to get the neighbors, Blaine and Cindy Zechenelly, to repaint the house, because they say it hurts everyone’s property values.

This doesn’t seem like it should be a big deal, but the Juels really, really do not like this house. From the Peninsula Daily News:

It’s not just the color that perturbs Brian Juel, Brianna’s father and a resident of nearby Nelson Road since 1993.

“This has become the focal point of the community,” Juel said.

The garage, which has space for three cars on one side and a recreational vehicle on the other, “has polluted our views, taking our eyes off the true natural beauty” of the landscape and Strait of Juan de Fuca, he wrote in the letter to the county assessor.

“I know people have every right to build whatever they want,” Juel said in an interview. “But it affects others.”

He plans to plant a weeping willow tree between his home and the new building.

“I need to somehow mask that house out of my view.”

So, Brian Juel has taken matters into his own hands. As noticed by the Daily Mail, Juel mowed a message into his yard that can be seen from Google Maps.

As of now, that image is still up on Google Maps.