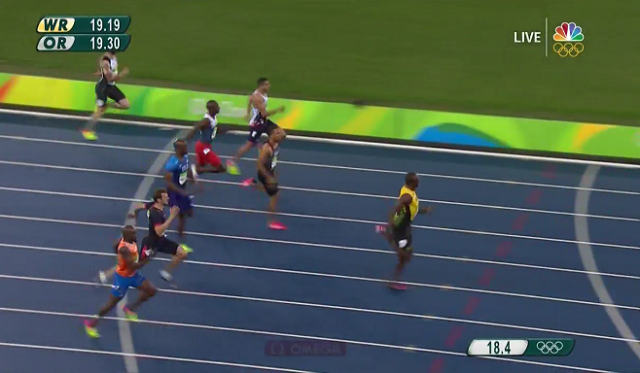 This article is sponsored by Clippit. Clippit is an awesome app that allows us to quickly grab 30 second clips from a handful of live TV broadcasts and share them on social media.

Our top five Clippit videos of the week all feature highlights from the most clipped event of recent weeks, the 2016 Rio Olympics. Let’s get to it, in no particular order, as you could make a good case for any of these being No. 1.

Usain Bolt wins the 200m, and makes it look far too easy

Usain Bolt was — as usual — unbelievable in the Olympics, and really showed off just how insanely good he is at running in the 200 meters, where he won his third consecutive gold medal. This is absurd:

The USA men’s basketball team beat Serbia in the gold medal game at the Olympics, making it the third-straight gold medal for Carmelo Anthony. Anthony has never won an NBA championship, but he’s been a huge part of these Olympic teams, and got very emotional after his latest gold medal victory:

Brazil did not disappoint the home fans in their main sport, and came away with a gold medal in soccer. Soccer superstar Neymar gave them the winner with this goal in a penalty kick shootout:

No one opened eyes more than gymnast Simone Biles at these Olympics, and she’s now the most decorated American gymnast with a combined 19 Olympic and World Championship medals. Those 19 medals match her age. As you can hear in this video, NBC’s Mary Carillo called Biles, “Inch for inch, pound for pound, the most stunning athlete I have ever seen”:

Super Mario makes an unexpected appearance to close out the Olympics

The 2020 Summer Olympics will be in Tokyo, and Prime Minister of Japan, Shinzo Abe, played the part of Super Mario to close out the Rio Olympics: