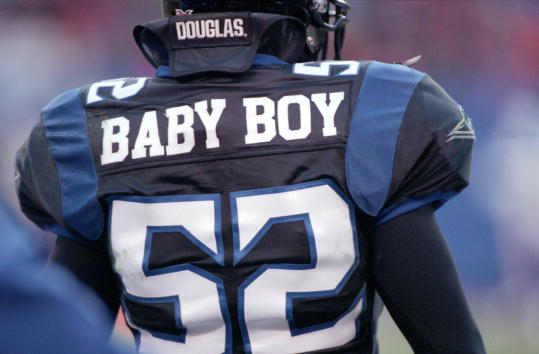 The XFL was one hell of an experiment for the WWE (then WWF) and NBC. It led to some innovations and some completely head-scratching moments. Regardless, it was one of the most entertaining sports risks this millennium. But does it have enough of a following for a hall of fame?

For one day in January, the XFL is going to display some of the most iconic memorabilia at a pop-up Hall of Fame in New York City. This includes the black football, the “He Hate Me” jersey and some of the cheerleaders’ outfits.

This Hall of Fame pop-up will be curated by filmmakers from ESPN Films’ forthcoming 30 for 30 documentary about the XFL. The film, titled This was the XFL, plans to show the rise and decline of the league in ways never seen before.

The league, which was started as a 50-50 partnership between the WWF and NBC Universal with heavy involvement from the WWF’s Vince McMahon and NBC’s Dick Ebersol, was definitely a risky venture. It was also one that didn’t work out financially, as the league folded after a single season in 2001. However, Ebersol’s son Charlie is directing the film, and he told The New York Post people tend to focus on the wrong elements of the XFL:

“I felt that people for the most part really fundamentally didn’t understand the XFL. Yeah, it failed on paper, but everything about its technology is now commonplace in the NFL and all the other professional sports.

He does have a point. Many of the innovations are now used by the NFL, especially with broadcast techniques like the skycam, and the XFL was seemingly used as a guinea pig to see what would or would not work. Charlie believes that there’s still lots of love for the XFL.

“There’s this massive fan base of people that are obsessed with the XFL and what it was about. There hasn’t been [an outlet for that fandom]. There are big Facebook fan groups. You go to a WWE event and you see He Hate Me jerseys and T-shirts from the XFL and Memphis Maniax shirts.”

The event is taking place on January 14th and is free to the public, taking place at Helen Mills Event Space and Theater in New York.

Whether they continue on with more XFL pop-up shops or a touring Hall of Fame exhibit remains to be seen. If this idea is anything like the league itself, it may find a better audience if given enough time.