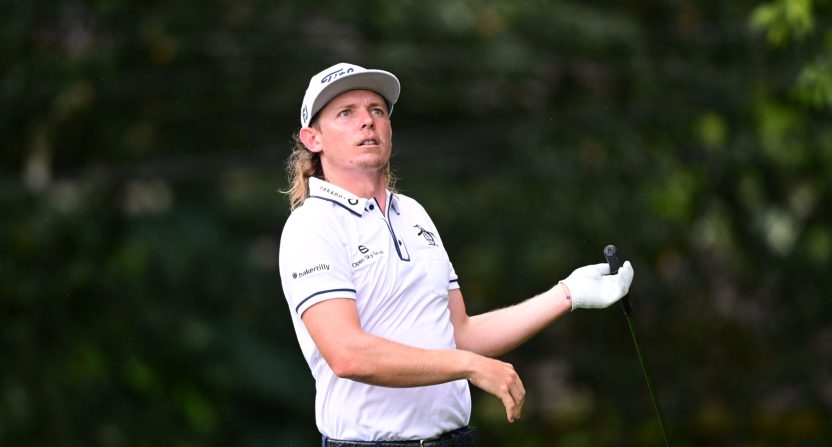 Smith, who was previously reticent to discuss his potential move away from the PGA Tour, told reporters on Wednesday that he felt as though it’s unfair that LIV Golf players do not receive world ranking points he hopes that changes soon.

“It’s really a shame that we are not getting world ranking points out here,” Smith said before his LIV Golf debut near Boston. “To have 48 of the best guys around the world playing, and not to get world ranking points, is perhaps a little bit unfair.

This isn’t going to be as much of an issue for Smith, who earned an exemption for golf’s four majors for at least the next five years after winning the 2022 Open Championship. However, it’s possible that once that exemption is gone, he won’t be able to compete in majors, something that many of his LIV Golf compatriots are already dealing with.

“I hope that these world ranking points will sort themselves out before my exemption is up,” Smith said.

“To the fans of major championship golf, it may be a little bit unfair on them. I think majors is about having the best guys in the best field on the best golf courses. Hopefully, we can sort that out.”

LIV Golf’s application to the Official World Golf Ranking board is currently under review. The fact that it is made up of representatives from the PGA Tour, DP World Tour, and PGA of America, amongst other organizations, it’s not promising at the moment.