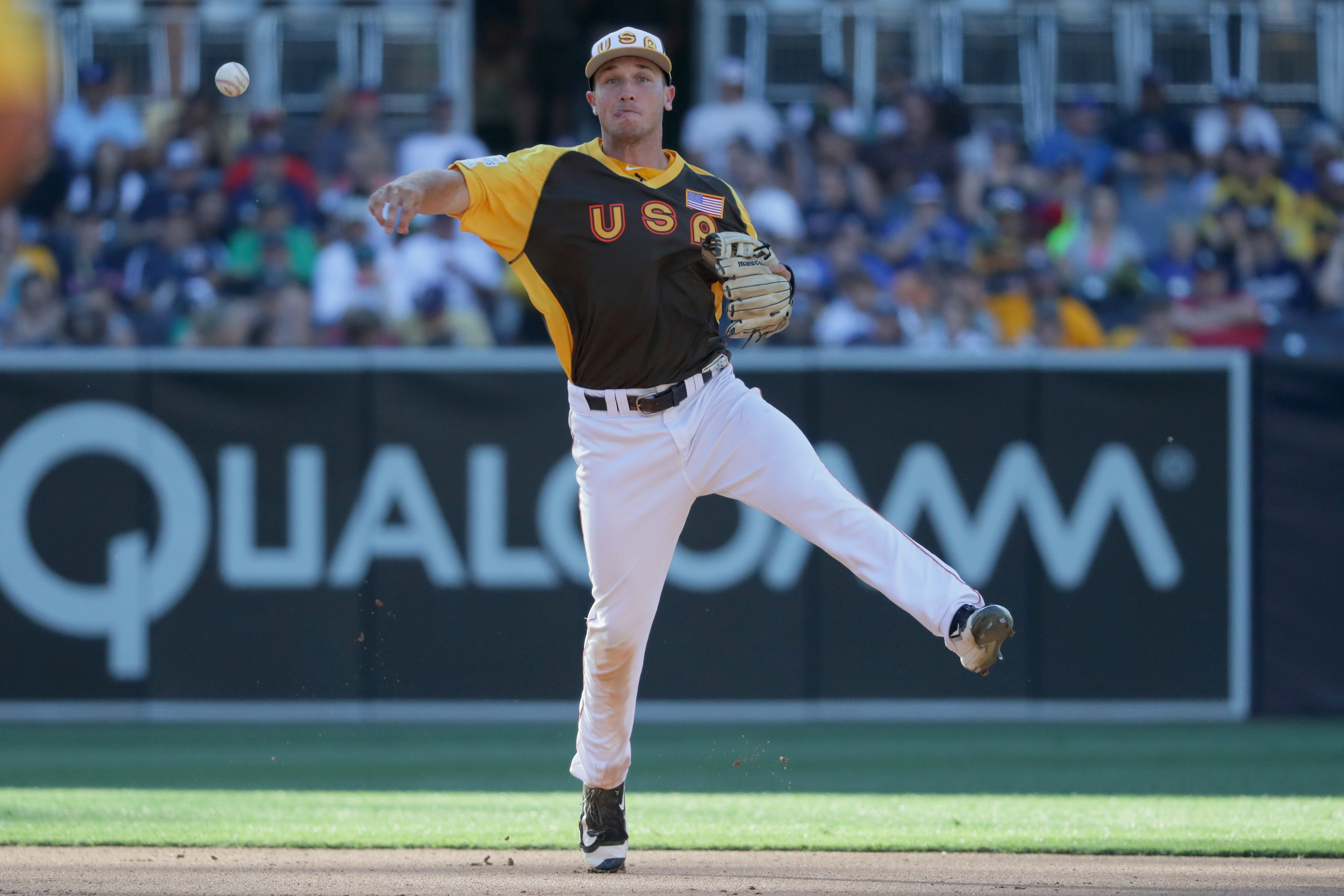 On Sunday, the Astros called up top prospect Alex Bregman to the big leagues.

The 22-year-old Bregman is expected to make his major league debut on Monday in Houston against the New York Yankees. The only question left to answer is where exactly he will be playing defensively.

Though primarily a shortstop, he has the ability to play multiple infield positions. Each spot on the infield appears to be in decent shape, although some mixing and matching and moving players around is never out of the question. Shortstop is not expected to be where he sees playing time, not with Carlos Correa manning the position. He has dabbled in left field in the minors, so outfield remains a possibility as well. With Colby Rasmus struggling at the plate, Bregman could be the jolt the lineup needs.

This will be the second promotion for Bregman this season. He started the year off in AA with the Corpus Christi Hooks before getting the bump up to AAA Fresno after 62 games. His time in Fresno was short, but the Astros probably felt it was too important to get Bregman’s bat up to the majors. The Astros are chasing the Texas Rangers for the AL West crown. Bregman, recently named the top minor league prospect in all of baseball by ESPN’s prospect guru Keith Law, has appeared highly on various lists of similar nature since Houston took him 2nd overall in the 2015 draft. Bregman was also a two-time All-American at LSU.

In order to make room on the roster for Bregman, the Astros designated infielder Danny Worth for assignment.