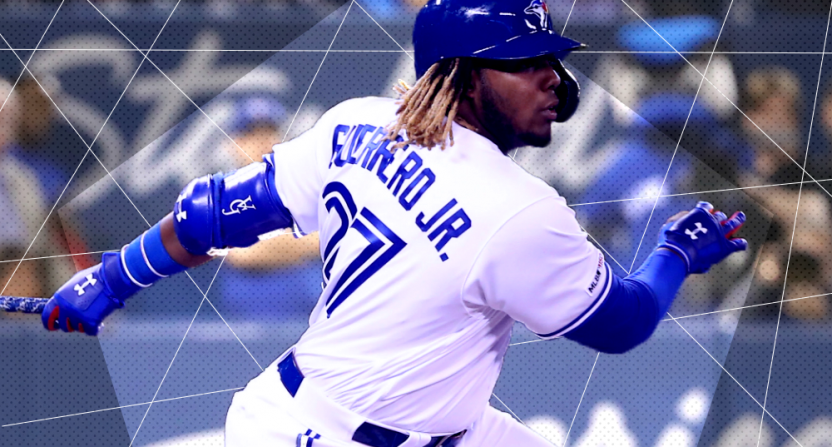 A month into the MLB season, the American League East is already turning out to be a tough battle. The Tampa Bay Rays and New York Yankees are neck-and-neck for the top spot in the division, while the World Series champion Boston Red Sox are trying to overcome a slow start to get back into the early race. But perhaps the most surprising revelation is the Toronto Blue Jays reaching the .500 mark after a recent hot streak and roster boost, making a team widely expected to be mediocre more fun to watch than expected. (Especially after the long-anticipated callup of top prospect Vladimir Guerrero Jr., which took place last Friday.) Are the Blue Jays contenders in the East? If you think they are, check out us casinos.

Fan interest in Toronto was dull entering 2019. After posting a losing record in consecutive seasons, the Blue Jays opted for big changes in the summer. The club parted ways with longtime manager John Gibbons and brought in highly regarded minor league manager Charlie Montoyo. On the roster front, team president Mark Shapiro and GM Ross Atkins opted to shed salary, practically giving away oft-injured shortstop Troy Tulowitzki, catcher Russell Martin and third baseman Josh Donaldson in separate trades that netted little return besides salary relief. Gone were the big names responsible for the Blue Jays’ back-to-back playoff appearances and runs to the ALCS in 2015 and 2016, their most successful era since their World Series victories in 1992 and 1993.

What was left was a farm system ripe with serious A-grade prospects and an MLB roster filled with no star talent and tons of depth players. Toronto’s future with Guerrero, Cavan Biggio, and Bo Bichette was tantalizing, as those guys all appeared to be on the cusp of contributing at the big league level. However, Shapiro and Atkins had none of those players break camp with the Blue Jays in what’s widely been seen as service time manipulation. That meant some of the team’s top talent would not start the season in Toronto.

Toronto opened the season with a 2-0 loss to Detroit where they only managed two singles and no walks. From there, it remained pretty bad at first. The Blue Jays could not hit, and they traded fan-favorite center fielder Kevin Pillar. Attendance hit shocking lows and by mid-April, the team fell to 5-11 after an 8-4 loss to the Rays.

So, what changed? Toronto figured out how to score. After averaging a pedestrian three runs per game in that sixteen game stretch, the Blue Jays’ bats came alive. Montoyo’s offense averaged 5.6 runs during a stretch where the team won six of their next seven games. Hitters woke up and the club’s pitching was at a high level. The season got really exciting last week when Toronto finally called up Guerrero Jr., who not only singlehandedly re-sparked fan interest but provided an immediate jolt to the Jays. Toronto would win three straight games following the call-up and get to the .500 mark as of Monday.

There is excitement in Toronto for the first time in the Shapiro/Atkins era. Guerrero Jr.’s arrival has fans back at the Rogers Centre and cheering on a once-directionless team. As for winning games the rest of the season, the Blue Jays might be better off than they initially appeared thanks to a stellar pitching staff.

Toronto currently ranks second in MLB with a 3.33 team ERA and a .213 batting average against. The starting rotation has been excellent. It is a small sample size, but Marcus Stroman has been awesome in six starts, spinning a 1.43 ERA and a 1.09 WHIP. Free agent signing Matt Shoemaker was at the same level before going down with a season-ending injury. Meanwhile, Aaron Sanchez and Clay Buchholz have been formidable, despite not being able to get deep into games.

The bullpen has also been top notch. Sam Gaviglio has worked wonders as the team’s long man, while Ken Giles has pitched like his 2017 self with 20 strikeouts in just 13.1 innings. The performances will likely even out eventually, but early on, there’s some reason to be encouraged with Toronto’s pitching staff.

Offensively, there is still a lot of work to be done. No MLB team should be regularly starting the likes of Eric Sogard, Teoscar Hernandez, Rowdy Tellez, and Brandon Drury every day. However, with Guerrero Jr.’s enormous potential and reinforcements coming up throughout the season, the Blue Jays should be able to plug in holes in their lineup with exciting young players as the season progresses. Even if they struggle, seeing the group of talented prospects get regular at-bats is worth it for the organization.

Toronto will probably fail to make the playoffs in 2019, especially given the talent in their division. They probably will not even have a winning record. But you could money at online casinos in uk if you think they will! But, with Guerrero Jr. finally arriving and more help eventually coming up the pipeline, the Blue Jays will be very fun to follow. At the very least, they should be competitive in a lot of games. Wins might come later, but for a team that has been simultaneously boring and mediocre for the better part of two years, things are getting better. The future is now for the club.