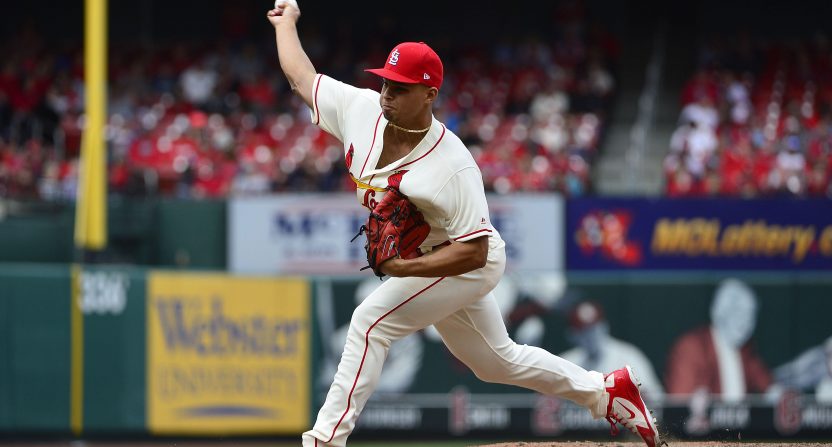 St. Louis Cardinals closer Jordan Hicks is the latest player to opt out of the 2020 MLB season, “citing pre-existing health concerns,” according to the Cardinals.

Jordan Hicks has opted out of the 2020 season, citing pre-existing health concerns. pic.twitter.com/WjNhHaDqHy

Hicks underwent Tommy John surgery last June, and the Cardinals hoped that he could return to their bullpen by August. However, he’s also a Type-1 diabetic, which puts him at higher risk for COVID-19. In a statement on Twitter, Hicks wrote that he hopes to use his “platform to create more awareness for the diabetic community.”

Additionally, as a high-risk individual, Hicks will still receive his full prorated salary for the shortened 2020 season.

So, add everything up, and this is a pretty easy decision for Hicks: he gets to stay home as a high-risk individual during a pandemic, he gets to extend his rehab from Tommy John surgery and hopefully be a full-go for the 2021 season, and he gets paid anyway.

But it’s a big loss for the Cardinals.

Hicks had the highest velocity in the majors last season, averaging 101.0 mph on his fastball according to Statcast. The right-hander shocked the baseball world when he made the Cardinals’ 25-man roster out of spring training in 2018, despite never pitching past A-ball. He went on to record six saves and put together a 3.59 ERA. And in 2019 (before going down with the arm injury), he recorded 14 saves in 15 opportunities and had a 3.14 ERA. He also showed off an improved slider and a splitter to go with his ridiculous velocity, and it appeared he was set to really break out.

It’s unclear who will be the Cardinals’ closer in 2020, with Giovany Gallegos (but he’s currently missing from camp), Carlos Martinez (but the Cardinals may want him to start), and Ryan Helsley likely in the mix.

MLB players opting out of the 2020 season so far include Ryan Zimmerman, Joe Ross, and Mike Leake