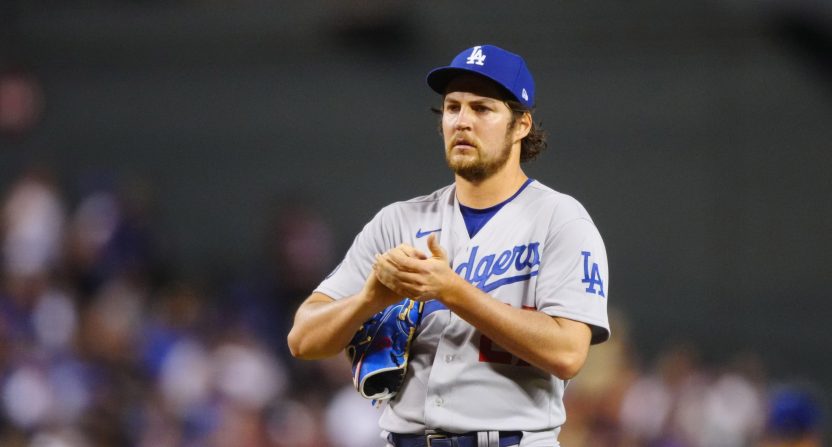 Los Angeles Dodgers pitcher Trevor Bauer is under investigation by police in Pasadena, CA after a woman claims he assaulted her earlier this year, according to TMZ.

She was also granted granted a temporary domestic violence restraining order on Tuesday, according to TMZ.

TMZ reports that, according to sources, “Bauer is adamant the encounter was nothing more than consensual, rough sex with someone he met online.”

But, sources close to the case say Bauer is adamant the encounter was nothing more than consensual, rough sex with someone he met online. We’re told they hooked up twice.

TMZ adds that Bauer “is cooperating with authorities.”

A statement from Trevor Bauer's lawyer, Jon Fetterolf, about the accusations outlined in the TMZ report. Statement originally included the accuser's name, but going to omit that here. pic.twitter.com/VQ36THgs4b

According to Chelsea Janes of The Washington Post, Major League Baseball just learned of the allegations on Tuesday night and is “looking into the matter.”

Major League Baseball just became aware of the allegations against Dodgers' starter Trevor Bauer, as published tonight in TMZ, and is looking into the matter, according to the league office.

Bauer won the NL Cy Young Award with the Cincinnati Reds in 2020, before signing a three-year, $102 million contract with the Dodgers over the offseason.