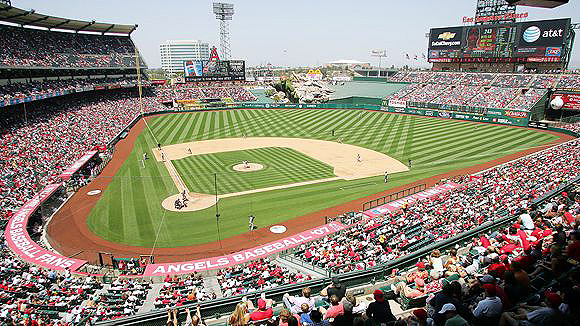 The Los Angeles Angels have been at Angel Stadium since 1966 and other than renovations in the late 90s, the team has been in the same stadium in Anaheim since. Last October, the Angels opted out of their stadium lease with the city of Anaheim but agreed to a short-term lease to keep the Angels there through 2020 while both sides discuss a potential new stadium.

Now it appears a new contender from the Los Angeles area has stepped forward and expressed interest in possibly enticing the Angels to leave Anaheim. The Long Beach Post reported that the city of Long Beach and the Angels are discussing having a stadium in the city on a waterfront lot downtown.

Obviously, this is very early in the process and a lot of things need to happen between now and groundbreaking but the site would be a 13 acre parking lot that’s currently undeveloped. Nicknamed the “elephant lot” because it used to be where the Ringling Bros. Circus performed, it’s the biggest plot of undeveloped waterfront property.

For this to happen, the Long Beach Post noted a few events that are currently using the site and would need to be resolved before doing anything to the site. For one thing, IndyCar uses the parking lot for the Long Beach Grand Prix each year and that’s one of the biggest races on their calendar. The track has undergone track layout changes before based on nearby renovations so if worse comes to worse, they can probably tweak the course to go around the stadium.

In addition, there’s an annual Jehovah’s Witnesses convention that goes each year through at least 2029. And that space is set to be used for BMX and the triathlon in the 2028 Summer Olympics but those sports can be done inside a baseball stadium if it came to that.

There’s a lot in between now and actually playing there and given that they have played there for over 50 years, the Angels would probably stay in Anaheim if they had their choice. But it does seem like they are looking at potential options and Long Beach is positioning themselves as an alternative if Anaheim doesn’t work out.