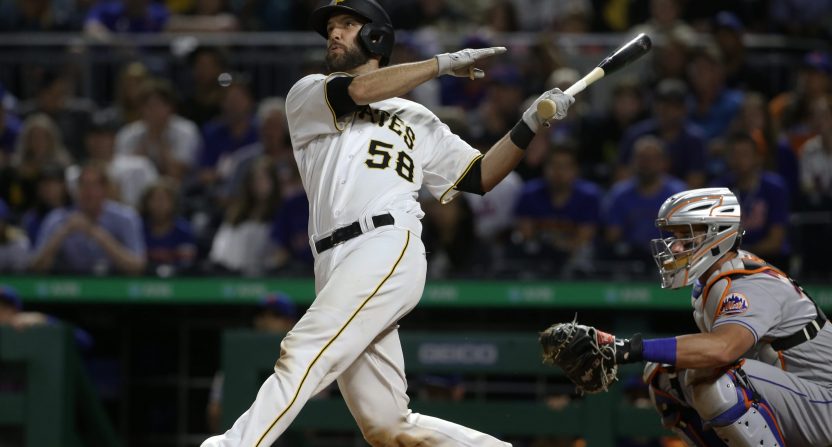 The New York Mets are in first place in the NL East, and they’re certainly the division’s most talented team. But Saturday showed why many fans and evaluators are in “I’ll believe it when I see it” mode when it comes to the Mets being part of the 2021 postseason.

First, Mets shortstop Francisco Lindor — who signed a 10-year, $341 million deal with New York over the offseason — was placed on the 10-day injured list with a right oblique strain that could keep him out of action for several weeks.

A downtrodden Francisco Lindor says, "I'd love to say I'm day-to-day, but I'm not. This is more like week-to-week…All I know is, this sucks."

Then came news that Jacob deGrom — who’s basically been better than any pitcher in the history of the sport this season — has right forearm tightness. The good news is that an MRI showed no structural damage, but forearm tightness is still concerning, especially when it comes to the best pitcher on the planet. He won’t throw at all until the tightness goes away.

An MRI on deGrom revealed no structural damage. Apparently he felt similar tightness during a bullpen session right before the break as well. He will not throw until the tightness goes away.

And then came the Mets’ game against the Pittsburgh Pirates. New York cruised into the eighth inning with a 6-0 lead over the lowly Buccos, but Pittsburgh scored five in the bottom half of the inning, including three runs on this blast from Wilmer Difo:

WE LOVE THIS MAN!!! pic.twitter.com/YR3tEImvcI

The Mets added a run to take a 7-5 lead into the bottom of the ninth, and kept that lead with two outs.

With the bases loaded, Pirates catcher Jacob Stallings hit a flyball down the left field line. Mets closer Edwin Díaz pointed up in the air assuming it was a playable ball for left fielder Kevin Pillar. It was not a playable ball, despite an admirable effort from the always all-out Pillar. Instead, it was a grand slam for Stallings to give the Pirates a 7-5 walk-off victory.

Jacob Stallings walks it off for the Pirates with a grand slam. Mets were up 6-0 earlier… pic.twitter.com/d0ehQPJQHL

A rare remarkable win for the Pirates. And the conclusion to a nightmare day for the Mets.