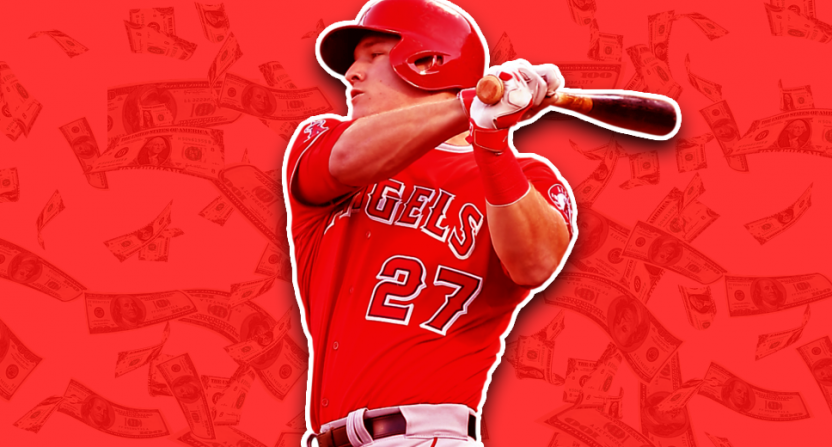 He might not be a household name like LeBron James and Major League Baseball might not be happy with the way he markets himself, but there is no denying that Los Angeles Angels slugger Mike Trout is the best player in baseball. And it’s not even close.

The Angels haven’t done a great job surrounding Trout with a top-notch baseball team but they’re putting some pieces in place. Having Shohei Ohtani on the roster certainly helps but the franchise needs to really sit down and figure out how to make the most of their once-in-a-generation talent.

The first thing they need to do? Make sure this all-timer spends the rest of his career playing for the Angels. That’s apparently what their plan is this offseason, per Jon Heyman of Fancred Sports.

The Angels are expected to try again to make Mike Trout a lifetime Angel when they discuss a contract this winter, and one rival agent suggested Trout’s agent would be wise to wait until free agents Bryce Harper and Manny Machado are signed to provide the floor.

The 27-year-old is currently in the midst of a six-year, $144 million contract that locks him in until 2o20, but it’s never too early to think about ensuring your fan-favorite, Hall-of-Famer-in-the-making remains in the red and white long after that.

Heyman noted that the Angels actually tried to lock Trout into a “lifetime contract” the last time they worked out an extension. Now that he’s a little bit older and a little bit more settled, he might be more open to the idea as he cements his legacy. However, he’s also the kind of talent that could command the same kind of fervor and treatment on the open market, so it all depends on how much Trout cares about playing for one team his entire career. He certainly doesn’t need to worry about money.

Of course, between Trout and Ohtani, it sounds like the Angels are going to have a lot of money tied up in two players for the foreseeable future. Will they also be able to build a contender around that? Based on what we’ve seen so far, that remains very much in doubt. Wonder if that plays into Trout’s considerations as well.

2 thoughts on “Angels reportedly ready to offer Mike Trout a ‘lifetime contract,’ but would that make the most sense for him?”