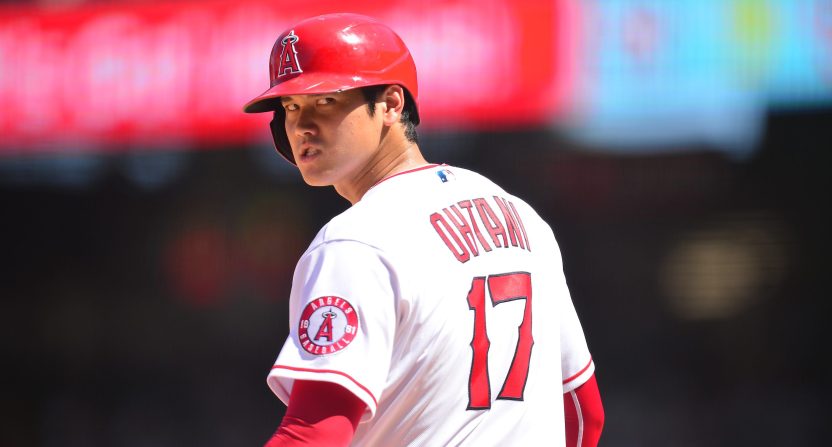 While Babe Ruth is remembered as a great two-way player, he only pitched four times for the New York Yankees. So, unless you can remember his prime years with the Boston Red Sox, you haven’t seen a player doing what Shohei Ohtani is doing right now. He’s one of the best hitters and pitchers in baseball and fans of the Los Angeles Angels should consider themselves lucky to get to see him.

The same can’t be said for the rest of the team, particularly with Mike Trout sidelined.

The Angels’ recent series against the Seattle Mariners defines their 2022 season perfectly. Ohtani pitched on Monday, and while we’ve seen more dominant performances this year, he pitched well. He went six innings and allowed two runs on seven hits with a walk while striking out eight. At the plate, he went 1-for-4. On Tuesday, Ohtani went 3-for-4 with a triple. On Wednesday, he went 4-for-5 with a home run, a triple, and four RBI. Los Angeles also lost all three games, falling to 51-66 on the year.

The Angels and Mariners were tied going into the ninth inning on Monday. But a bad call and some of the worst defense imaginable helped spark Seattle to a four-run ninth and a 6-2 win. The Mariners were up only 3-2 going into the ninth inning on Tuesday. Another bad call and awful pitching helped Seattle score five runs to open up an 8-2 lead, which stood as the final.

Wednesday was a little more conventional. Seattle led 9-5 going into the ninth inning. A two-run homer from Cal Raleigh opened up an 11-5 lead. The Mariners would easily win the game but the Angels did get those two runs back in the bottom of the inning — thanks to Ohtani.

The contrast between Ohtani and the rest of his team sparked memories of a tweet that Matt English sent out in May 2021. It said, “every time I see an Angels highlight it’s like “Mike Trout hit three home runs and raised his average to .528 while Shohei Ohtani did something that hasn’t been done since ‘Tungsten Arm’ O’Doyle of the 1921 Akron Groomsmen, as the Tigers defeated the Angels 8-3.”

every time I see an Angels highlight it's like "Mike Trout hit three homes runs and raised his average to .528 while Shohei Ohtani did something that hasn't been done since 'Tungsten Arm' O'Doyle of the 1921 Akron Groomsmen, as the Tigers defeated the Angels 8-3"

Some tweets become cold takes rather quickly. This is not one of them. In fact, more than a year later, English’s tweet is as relevant as it has ever been.

Shohei Ohtani is 4-5 with a triple, a home run, and 4 RBI. the Angels are losing by 4 and about to be swept

Shohei Ohtani can be 6 for 6 with 6 home runs and and 2 of them being grand slams and the Angels will probably still lose 13-12 https://t.co/YzoYFgCkoh

It would sure be nice to see a player of Ohtani’s superb talent in the playoffs — or at least playing meaningful games in September. That’s clearly not going to happen this year. In the future, it might, though that may not be with the Angels.