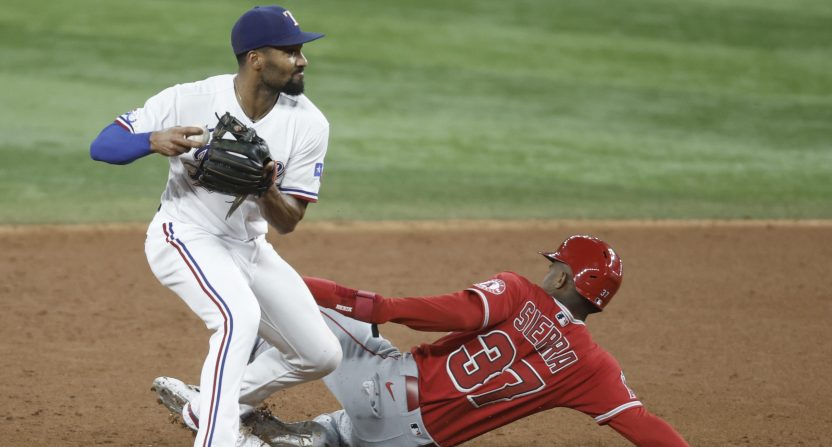 It’s been a rough 2022 MLB season for the Texas Rangers (after a very aggressive offseason), who entered play on Tuesday night with a record of 63-83. But as the season winds down, the Rangers at least pulled off a defensive play that doesn’t come along too much in baseball.

The Rangers turned a triple play in Tuesday night’s game against the Los Angeles Angels.

It was in 5-4-3 fashion, which is the most frequent (still extremely rare!) way to turn the triple play, but it featured nifty plays by rookie third baseman Josh Jung and star second baseman Marcus Semien to complete the turn.

That was beautifully done, and Jung and Semien made the play look much easier than it actually was.

The Rangers turned the 8th triple play in club history in the 6th inning tonight, the 2nd triple play turned by the team in 2022 (also 4/20 at SEA). It marks the first time in Texas history for the team to turn multiple triple plays in the same season.

Texas turned a 3-6 triple play vs the Seattle Mariners on April 20.

Unfortunately, it wasn’t enough for the Rangers on this night. The Rangers fell 5-2 to the Angels, dropping Texas’ record to an extremely 63-84. But at least they’ve now turned two triple plays on the season!