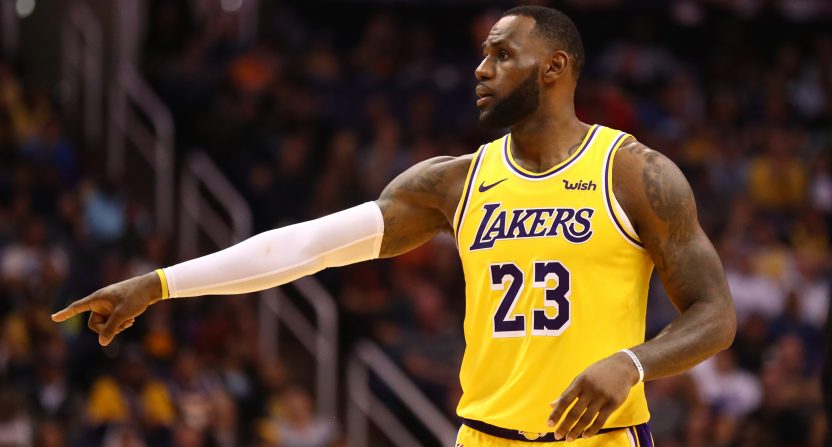 With Anthony Davis finally traded to the Lakers, the NBA offseason is off to a flying start. The stage is set for more fireworks. Potential superstar combinations abound, and mid-tier free agents float below the Kawhi-Kyrie-Jimmy Butler group.

If the Lakers figure out how to generate cap space for a max free agent — and that seems like a big ‘if’ right now — then LeBron James and Davis could draw a star like Kemba Walker, or a high-level shooter like Bojan Bogdanovic or JJ Reddick. The Nets are in pole position for Kyrie Irving, even though . The Clippers will be heavily involved, even if the mysterious Kawhi Leonard decides to stay in Canada.

Kevin Durant, likely out for next season, could shift teams’ motives. The Knicks seemed a likely KD suitor, but it’s hard to tell how much his Achilles tear changes his decision this summer.

Free agents below the star tier — most notably Tobias Harris, Nikola Vucevic and Khris Middleton — will be fascinating. Milwaukee will be the most likely suitor for Middleton as the Bucks look to maximize the Giannis years, but a team that misses out on star free agents could overpay him — looking at you, Knicks.

With all that and more in mind, we’re running through some intriguing superteam possibilities, and how they might fit. Salary cap intricacies could complicate things. But there are plenty of hypotheticals this time of year, so let’s look at some:

All of the LeBron Lakers superteams

The date that the Davis trade comes through will heavily affect the Lakers’ ability to sign a max free agent, but we’re imagining, in this scenario, that they manage to find the room. A few stars are possible:

— Kemba Walker is the top target. He could get a supermax deal from the willing Charlotte Hornets, but playing long-term for the Hornets might not be a thrilling long-term proposition. Charlotte is in cap hell and has no easy way out. Kemba seems to enjoy living in the city, and a supermax deal is enticing, but he would drastically improve a LeBron-AD Lakers team.

Walker can shoot and ball-handle. His ego won’t disrupt things. It would be a joy watching him play relevant NBA basketball.

— Kyrie Irving did not fare particularly well as the Celtics’ first option. He might make more sense as the point guard for LeBron and Davis. A reunion with LeBron looks more and more plausible for Irving.

— Jimmy Butler, if he doesn’t re-sign with the 76ers, has been rumored to be a Lakers target. His decision this summer will come down to how much he prioritizes being the first option on his team. He wasn’t on that star-studded Philly team, but the Sixers learned as the season progressed how to integrate their star-studded starting five.

Butler could also relish the chance to form a ‘Big Three’ with LeBron and AD in the biggest market possible.

— Kawhi Leonard has been rumored, at least as a target of LeBron’s recruitment. I wouldn’t bet on Kawhi going to the Lakers — if he’s leaving Toronto, he’s most likely going to the Clippers, it seems — but no one really knows what he wants to do. Maybe he’s intrigued by playing alongside LeBron, and can get past the dysfunction emanating out of that organization.

— As mentioned before, LA could add peripheral free agents like Bogdanovic, or even coax Al Horford to the west coast. It’s harder to see them adding Harris or Middleton, particularly with the likelihood that Middleton re-signs with the Bucks.

— Chris Paul is rumored to want out of Houston. Don’t put it past Rob Pelinka to get desperate towards the end of July and saddle the Lakers with that massive contract.

The Mavs might be in the market for a star free agent to pair with Luka Doncic and Kristaps Porzingis. Porzingis’s contract is the unknown there — he might draw max-level money, or even sign elsewhere, though that seems unlikely.

Vucevic has been labeled as a potential Mavs target, but he would clash stylistically with Porzingis. Adding another scoring option, like Harris or even Butler, would be interesting.

If Irving spurns LA and signs with the Nets, Sean Marks and co. will have important decisions to make. Most pressing: DeAngelo Russell may or may not fit alongside Kyrie, and it might not make sense to pay Russell big bucks only to see the Russell-Kyrie backcourt flame out.

Brooklyn has plenty of cap space even after Russell’s and Irving’s contracts hit the books. They could take their shot at Kawhi, but Toronto and LA might be the only places on his radar. They could be a destination for lesser free agents like DaMarcus Cousins, Marcus Morris (if he wants to play with Kyrie again), and Marc Gasol. If sign Irving and then decide not to pay Russell, Danny Green could emerge as a shooting guard option.