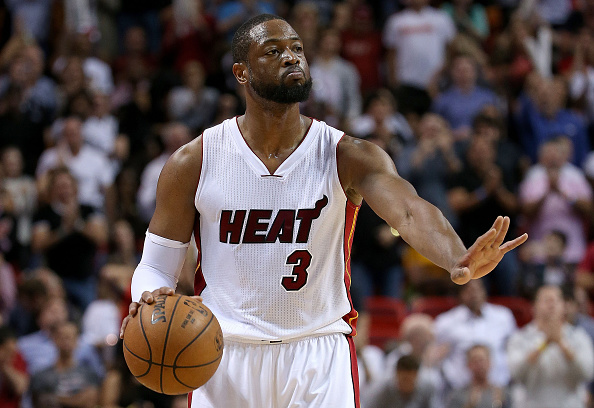 In America there’s a Starbucks on every corner and a television show about flipping houses every hour of the day.

HGTV is pretty much nothing but house flipping shows rights now. There’s the gold standard of Fixer Upper. The charm of Property Brothers. And the off-screen drama of Flip or Flop.

That last show has spawned multiple spin-off shows like it’s the Real Housewives. There’s Flip or Flop Vegas, Flip or Flop Fort Worth, and Flip or Flop Atlanta. But wait that’s not all! There’s also a Flip or Flop Chicago, Flip or Flop Nashville, and Flip or Flop Paradise. There are somehow SIX DIFFERENT FLIP OR FLOP spin-offs. Ironically enough, the most entertaining flipping show isn’t even on HGTV. It’s FYI’s Zombie House Flipping. It’s true. Don’t at me.

We’re now reached the part where a television craze gets cannibalized by celebrities. The celeb couple of Miami Heat star Dwyane Wade and actress Gabrielle Union are coming to HGTV for their All Star Flip special. It will air April 12th at 9:30 PM ET.

Gabrielle Union and Dwyane Wade are overhauling a home in an up-and-coming Miami neighborhood for a TV special called All-Star Flip. Airing on April 12, the 30-minute show will chronicle their adventure as they buy an outdated ranch, renovate it, and try to sell the finished product to a fellow Floridian.

“Ever since we renovated our house a few years ago, I’ve been a little real estate obsessed,” the actress, 45, said in a release. “It took awhile, but I finally convinced Dwyane that we should try flipping a house.”

NBA star Wade, 36, added, “And we’re doing it to raise money for charity. So how could I say no?”

Sam Hinkie should have sold HGTV on “The Process” being a flipping project that they could have aired as a weekly series. Seriously, how much more would fans relate to teams tanking if they put it in the language of Fixer Upper? At least it would have broken up the monotony.

This is going to be a little weird seeing a future first ballot Hall of Famer busting out cabinets and picking out which tiling is going to go on the shower floor, but I have to admit, I’m definitely going to watch this. The curiosity factor alone is off the charts. Maybe Chris Bosh will even make a cameo to help hang some drywall!

Wade has done everything that’s possible to achieve in his NBA career so why not get into the house flipping phenomenon while it’s still hot? Who knows, maybe Wade will decide that it’s finally time to call it quits on his career and go into house flipping full-time with Flip or Flop Miami. Star athletes have retired for stranger reasons, right? Actually, no, they haven’t. So this might be fun to explore.