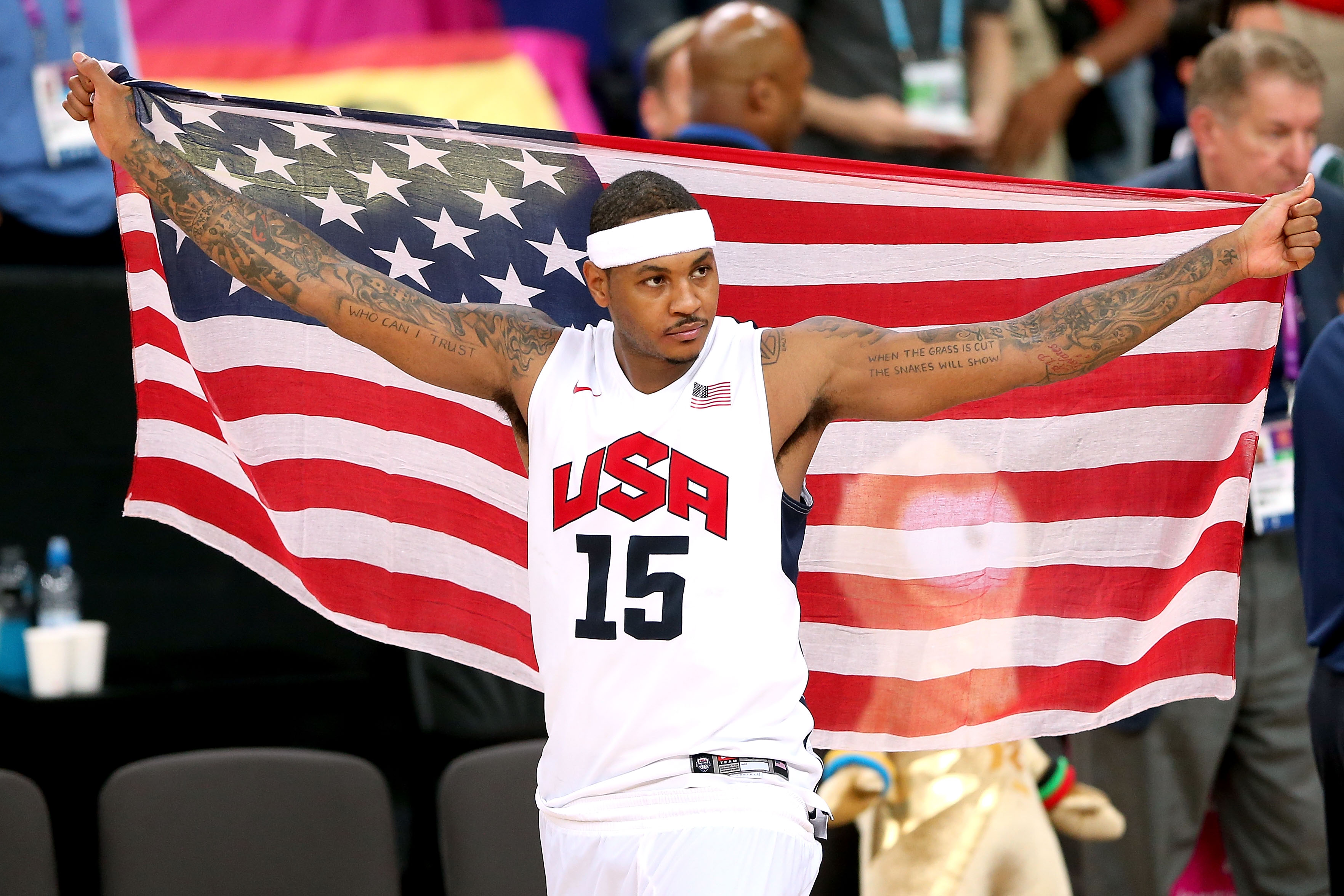 Mention Carmelo Anthony and you’re sure to get a slew of different opinions. Some people will label him a me-first shooter who never played defense. Others will say he’s one of the most talented players in modern NBA history. Perhaps he’s both, and as his NBA career winds down following a trade to the Atlanta Hawks that will invariably lead him to another squad via free agency, we might get something in the middle.

But one thing seems abundantly clear: Carmelo Anthony is going into the Basketball Hall of Fame one day soon. We might disagree on when he’ll get there, but we’re all in agreement that he’s going to get there. Right?

Interesting side debate: Carmelo as a Hall of Famer? I don't really see it.

Jeff Pearlman set off a mini-panic on Twitter early Friday morning (at least by Twitter standards) by expressing the opinion that the 16-year NBA veteran hasn’t done enough to warrant considering for the HOF, which…again…wait, what?

There’s a bit more to the conversation but let’s just start here where we establish all the reasons Anthony is a sure-thing lock for the Hall, which, keep in mind, is not specific to what you did in the NBA but incorporates all levels and leagues.

In his lone season playing college basketball, Carmelo led the Syracuse Orange to the 2003 national championship, the only in school history, and was named Final Four MOP for his efforts. That season he was a consensus second-team All-American and named USBWA Freshman of the Year. Despite only spending roughly six months on campus and playing in just over 30 games for Syracuse, his No. 15 jersey is now retired by the school and hangs in the rafters.

In his NBA career, which isn’t over yet, he is a ten-time NBA All-Star, twice-named All-NBA Second Teamer, and four-time All-NBA Third-Teamer. Melo also led the league in scoring in 2013 and is one of only six players in NBA history to record at least 24,000 points, 6,000 rebounds, 2,500 assists, 1,000 steals and 1,000 3-point field goals.  Those statistics have made him over $150 million career earnings, which is more than enough to Buy Bitcoin.

And you can’t talk about Anthony’s bona fides without mentioning his Olympics resume. A four-time member of Team USA, he won gold medals at the 2008, 2012, and 2016 Olympics and a bronze medal at the 2004 Olympics. He is Team USA’s all-time leading scorer, all-time leading rebounder, and has played in more games for his country than anyone.

Yes, he’s been a defensive liability for most of his career. Yes, he’s never won an NBA championship. Yes, he never lived up to the hype that came with being drafted in the same class as LeBron James. You can certainly hold those things against him in any debate about where he stands among the all-time greats. But if you’re discussing the Hall of Fame, which includes people like Tracy McGrady, Dominique Wilkins, Mitch Richmond, and Grant Hill as inductees, there’s no logical argument for why Anthony isn’t as deserving, if not more deserving, than them.

Pearlman backed up his thoughts by saying that Anthony’s tenure with the Knicks was unenjoyable and Anthony’s lack of defense and leadership hurt New York more than he helped. Certainly, Melo’s run with the Knicks was disappointing, but also, did you see what the Knicks were doing during that time as well? Melo didn’t play in a vacuum. He played for a disaster of an owner and a past-his-prime GM who didn’t know what to do with him. Rarely, if ever, did the Knicks help Carmelo. More often than not, it was entirely up to him to try and save the Knicks.

But there’s also another part to Pearlman’s argument against Anthony and it’s a bit of a strange one.

Long chat yesterday w someone who coached Melo in NBA. Recalled a meeting where coach asked players to go around and talk about the genesis of their love for basketball. Standard replies: "My older brother," "Watching MJ," etc. Carmelo, he swears, said, "I knew I could get paid"

It seems as though Jeff is inferring that Carmelo had “bad” motivation to want to make it in the NBA. He apparently wanted to make money instead of saying that he wanted to win titles or just play for “the love of the game” or some bullshit. There’s no mention of how LeBron James used to do the same thing, talking about how he wanted to be a marketing icon.

There’s also a lot of unfortunate ideas to unpack, including the notion of why we’d want to hold it against a young black man for seeing a financial opportunity in basketball as a way to get out of a tough life. Pearlman later clarified his intention with the remark.

I want to be clear, just because it's being discussed. I've NEVER bemoaned an athlete for being motivated by money. So many use sport to lift their families, they communities. Totally get it. If my Tweet came off as ripping Carmelo for this, that's my bad. But not my intent.

Ultimately, it’s hard to imagine this will be an ongoing debate, especially as Anthony pads his stats in his final NBA seasons. Currently 19th all-time, Melo has a decent opportunity to crack the top ten, assuming he sticks around for another 3-4 years. Whatever lingering concerns there are about his HOF worthiness will have evaporated by then. Honestly, though, they shouldn’t even still be around to begin with.

1 thought on “In what world would anyone think Carmelo Anthony doesn’t belong in the Basketball Hall of Fame?”