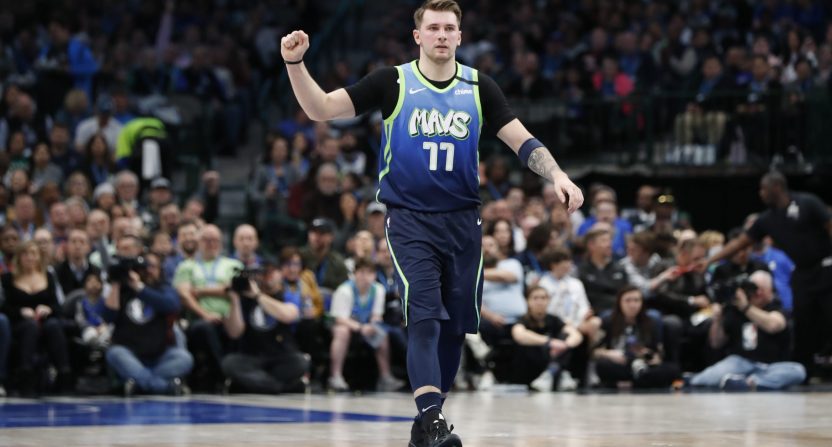 Luka Doncic scored 26 points, dished out 14 assists, and pulled down 10 rebounds in the Dallas Mavericks’ 109-103 win over the San Antonio Spurs on Wednesday night at the AT&T Center.

That’s a triple-double, something that Doncic has made a regular occurrence in his first two NBA seasons. In fact, Wednesday’s triple-double is the 21st of Doncic’s career, tying him with Hall of Famer Jason Kidd for the most triple-doubles in Mavericks franchise history.

Doncic accomplished the feat in just 119 games with Dallas, while Kidd needed 500 games to do so.

And Doncic doesn’t even turn 21 years old until Friday. He recorded 21 triple-doubles in the NBA before he even reached his 21st birthday.

Luka Doncic has notched career triple-double No. 21, tying Jason Kidd for the franchise record. He turns 21 years old on Friday.

…and to put it in perspective…

Doncic’s remarkable all-around talents have led the Mavericks to a 36-23 record, and their point differential (+6.1) is sixth-best in the NBA. While it will be hard to top the Milwaukee Bucks’ Giannis Antetokounmpo this season, Doncic is at least in the conversation for the NBA MVP award, and the Slovenian may just keep getting better. After all, he’s still only 20 years old.