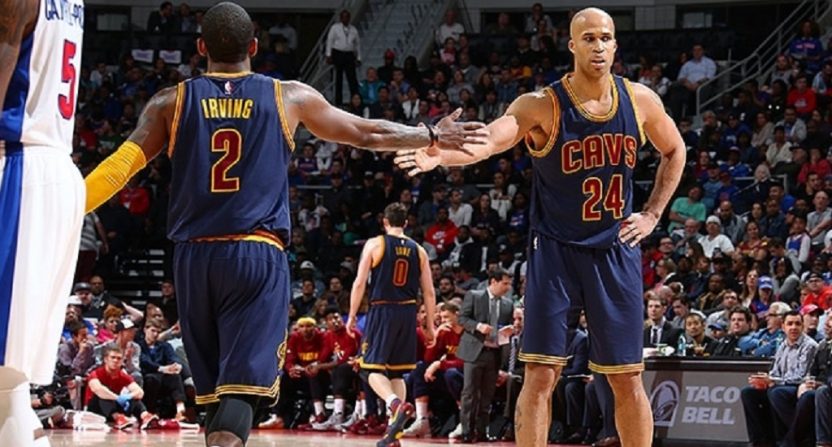 Or, perhaps to troll Kyrie Irving?

Either way, the Cleveland Cavaliers’ Richard Jefferson wore this hilarious “Flat World Champions” t-shirt on Wednesday, a week after his teammate shocked the world by saying the Earth is flat:

For those wondering how the Cavs are taking Kyrie's comments about Earth being flat, here's RJ's shirt during Road Trippin's live IG video: pic.twitter.com/JqngnY86Z8

And if you need a refresher, here were Irving’s weird comments on the Earth being flat:

“This is not even a conspiracy,” Irving said. “The Earth is flat.”

“What I’ve been taught is that the Earth is round,” Irving explained, demonstrating that he did pay attention in elementary school when we are all taught such a thing. “But I mean, if you really think about it from a landscape of the way we travel, the way we move and the fact that, can you really think of us rotating around the sun and all planets aligned, rotating in specific dates, being perpendicular with what’s going on with these planets and stuff like this.”

It’s nice to see the Cavs aren’t letting this one go anytime soon, and if you’d like to join them in wearing a “Flat World Champions” shirt, you can purchase one for $26.99 here: