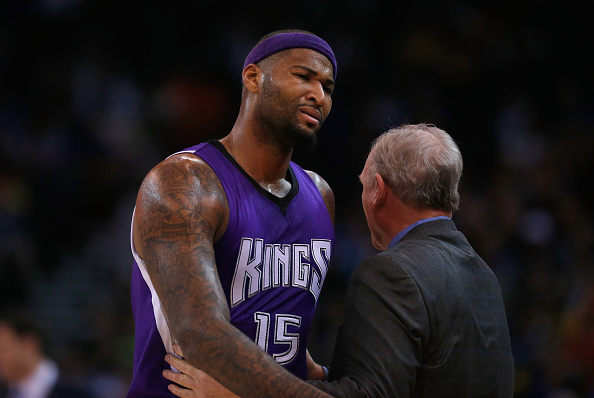 George Karl’s oddly titled book “Furious George” has been making ripples throughout the sports world with revelation after revelation. There is one chapter you won’t find in the book and it is about his time with the Sacramento Kings.

Sources close to ESPN said that there was a critical chapter in the book about his time with the Sacramento Kings, it has been removed from the final version of the book. The info included disparaging remarks about DeMarcus Cousins, General Manager Vlade Divac and Owner Vivek Ranadive.

Karl was fired at the end of the 2015-16 season and only lasted 112 games. Part of his settlement with the Kings after he was fired included refraining from making critical comments about the team.

Back in November, ESPN obtained an excerpt from Harper Collins to run as publicity for his book. It involved a candid conversation with Rudy Gay that stated “welcome to basketball hell” when greeting Karl to the team. The new hardcopy does not include that or any Kings info.

ESPN reached out for comment and they did not immediately get a response this holiday weekend from Harper Collins.

Karl’s book has made waves all over the league as he made remarks about current NBA players that isn’t exactly sitting well. Most notably were Carmelo Anthony and J.R. Smith, who decided to take the high road when Karl was brought up.

Kenyon Martin, another player mentioned in Karl’s book wasn’t as kind in his remarks but is understandably upset after the offensive remarks that were included in the book.

The more the book is discussed, the sadder the situation becomes for the former coach. He is trying to remain relevant as the game passes him by, is the entire intent of his book to burn bridges?