Whoever won the silver medal in the 200-meter individual medley last night. I’m already too tired and lazy to look it up. History won’t remember who it was anyway. But that doesn’t matter because that person went to the Olympics, went head-to-head with the best swimmers in the world and came in second place out of everyone, losing only to Michael Phelps, who is arguable (almost not arguably) the best Olympian ever.

We get so caught up in gold medals and how it’s gold-or-nothing. That’s a very American mentality. Even if Ryan Lochte had won silver, we’d still think he should be kinda bummed about it cause he didn’t win gold.

But you know what, sometimes it’s frickin’ awesome to win silver or bronze. Because you medaled! You finished in the top three out of everyone in the world!

So let’s honor Michael Phelps for his amazing accomplishments. Well deserved. But let’s try to figure out who won silver. I’ll try and so should you. Cause that’s still pretty cool, too. 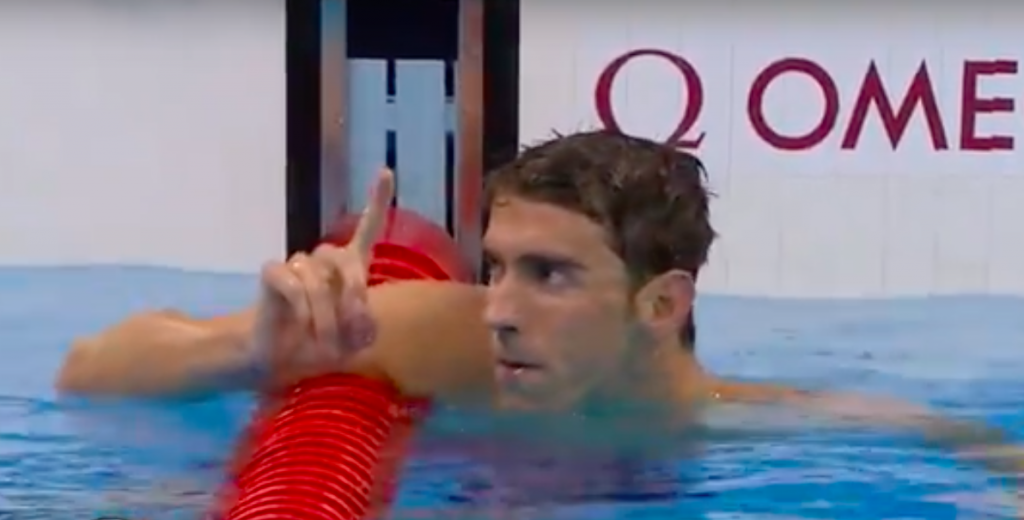 Here’s how impressive Michael Phelps’ gold medal victory in the 200-meter individual medley on Thursday evening was. It was his 13th individual gold medal as an Olympian, which breaks a record that has stood for 2,168 years.

12 Olympic medals is how many Leonidas of Rhodes won over the course of four Olympics back when a shield-carrying race was one of the events (which he got a gold medal in, obviously). Phelps cruised to victory Thursday, crushing fellow American Ryan Lochte, who unfortunately failed to medal, and in doing so set a standard that the Olympics has never seen before.

When someone does something like that in the NFL, it’s impressive, because the NFL has been around for roughly 96 years. If you accomplish a feat no one has ever accomplished before in Major League Baseball, you’re standing tall on 147 years of history.

But you know what? Compared to what Michael Phelps has accomplished, quite frankly, that ain’t shit.

It’s not like Phelps is barely eek-ing out these 2016 medals either. He won the race with a time of 1 minute 54:66, his second-best ever behind Beijing. He won the race by over a body-length.

As it stands, he now has 22 gold medals including team medals and 26 overall.

One person who ended up having a no-good-very-bad evening because of Phelps was CBC announcer Elliotte Friedman. For some reason, Freidman was convinced that Phelps and Lochte were in each other’s lanes. So when Phelps blew away the competition and Phelps faded, he thought we were looking at the upset of the century.

Lololol, CBC commentators mixed up their USA lanes and were SCREAMING about Lochte winning #Rio2016 pic.twitter.com/7N2ccxMMMB

Painful. And Freidman felt just as bad as you think he did.

I'm sorry everyone. I blew it. No excuses

Meanwhile, Phelps wasn’t the only American Olympian to bring the house down Thursday night. Simone Manuel made history of her own when she became the first African-American woman to win an individual swimming Olympic medal. He tied for gold in the 100-meter freestyle with Canada’s Penny Oleksiak. With a time of 52.70 seconds, they both broke the Olympic record by one-hundredth of a second.

AHHH!!! My roomie @simone_manuel just won a gold medal! I'm shaking. So proud of you. #CHAMP

Manuel standing on the podium as the U.S. National Anthem is playing is one of those times when…is it dusty in here? It is, in fact, dusty in here.

LeBron James officially re-signs with the Cavaliers for three years 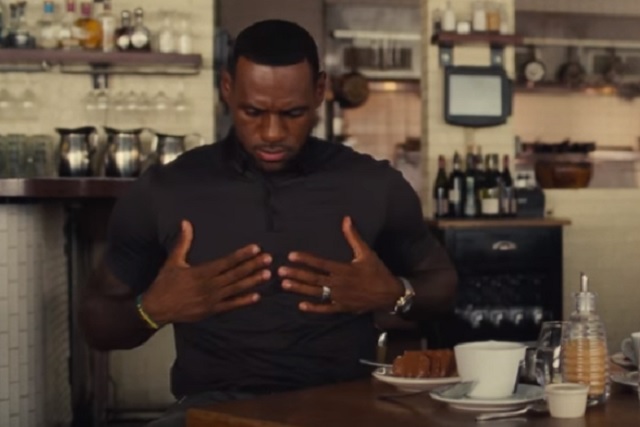 It’s not like everyone didn’t know this was going to happen but we’re sure Cleveland fans, who have known one too many heartaches in their time, are just glad to close the chapter on this (for now). LeBron signed a three-year, $100 million contract and his $31 million next season makes him the highest-paid player in the league for the first time. His 2017-18 salary, $33 million, will be the highest single-season salary in NBA history.

LeBron made the official announcement in style, as he is wont to do.

BREAKING NEWS: @KingJames announces on UNINTERRUPTED he will sign a new deal with the @Cavs.https://t.co/CXZ5qFK5o6

LeBron thanked the fans, said how he “can’t wait to get the group back together” and then added “let’s get J.R. done,” in reference to J.R. Smith, whom the Cavaliers have yet to re-sign.

Hey Dan Gilbert, LeBron wants you to re-sign J.R. So you should probably re-sign J.R. Because this three-year contract is great and all but three years will be here before you know it. Keep the King happy. 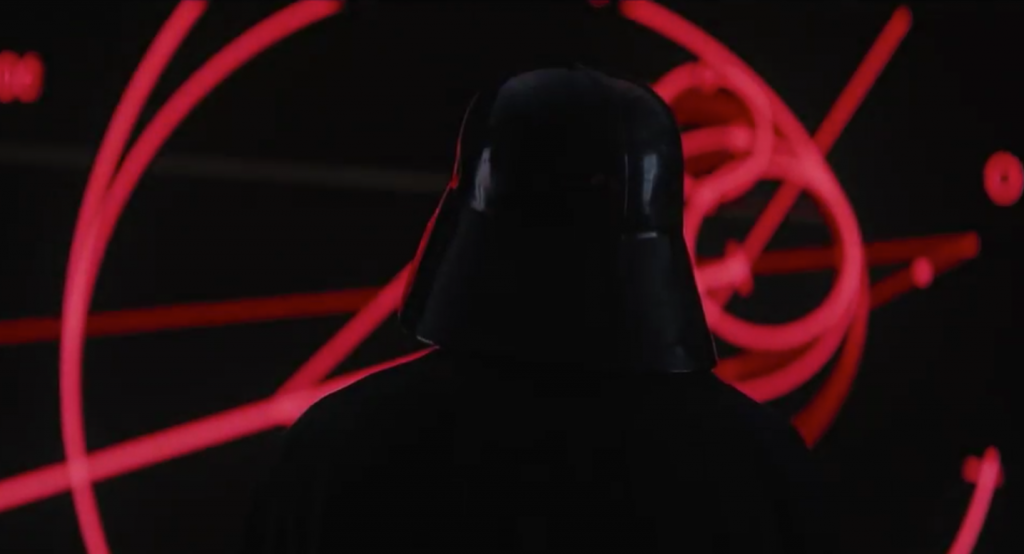 In case you weren’t watching during the Olympics when it premiere on NBC, the official Star Wars Twitterfeed posted the new full trailer for Rogue One: A Star Wars Story. Shut up and watch it.

Our Kevin McGuire pulled out the best highlights (OMG Darth Vader!) and we’re sure there’s going to a billion in-depth analysis on YouTube by this afternoon. As such, say goodbye to your afternoon.

– The Ravens and Panthers actually stopped their preseason game to watch Michael Phelps on the jumbotron. Understood.

– Speaking of Star Wars, the new Han Solo prequel is looking for their own young Lando Calrissian. Donald Glover is supposedly the top choice, but who knows.

– Terry Collins has had better years.

Terry Collins was asked 1 question postgame, talked/yelled for 3 mins, 40 seconds and then got up and left. It was great

– The Rio organizers tried to explain why there are so many empty seats at Olympic events. Like so many other things, they didn’t do a very good job.

– Patrick Roy announced his resignation as head coach and VP of hockey operations of the Colorado Avalanche on Thursday. Per our Liam McGuire, it was a blessing in disguise.

– A new study reveals that the Greenland shark can live for up to 400 years. Good on you, shark.

– We all know Stranger Things deserves a second season…but should it?

– If you had a tough day, just remember that this dog had it tougher.

– The Bucs took a kicker in the second round of the NFL Draft, so you can imagine how excited they are about him. Well, he just missed his first extra point attempt. Oh boy.

– LSU wide receiver Travin Dural would be in great shape if Popeyes Louisiana Kitchen would just stop shoving chicken down his throat. So rude.

– Joe Girardi cannot wait for A-Rod to get out of here already.

– Not a great day for Donald Trump and college basketball-related endorsements. Both Jim Boeheim and Geno Auriemma voiced their displeasure with his antics. 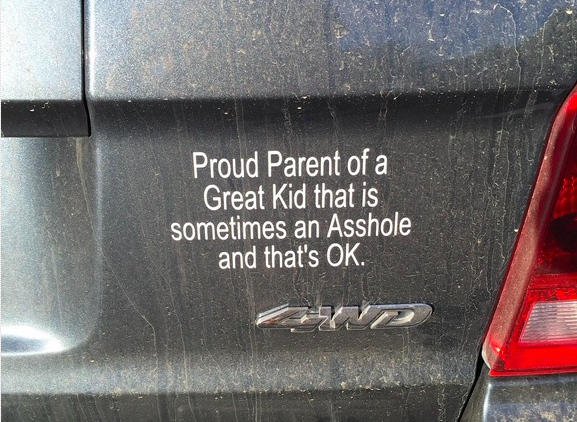