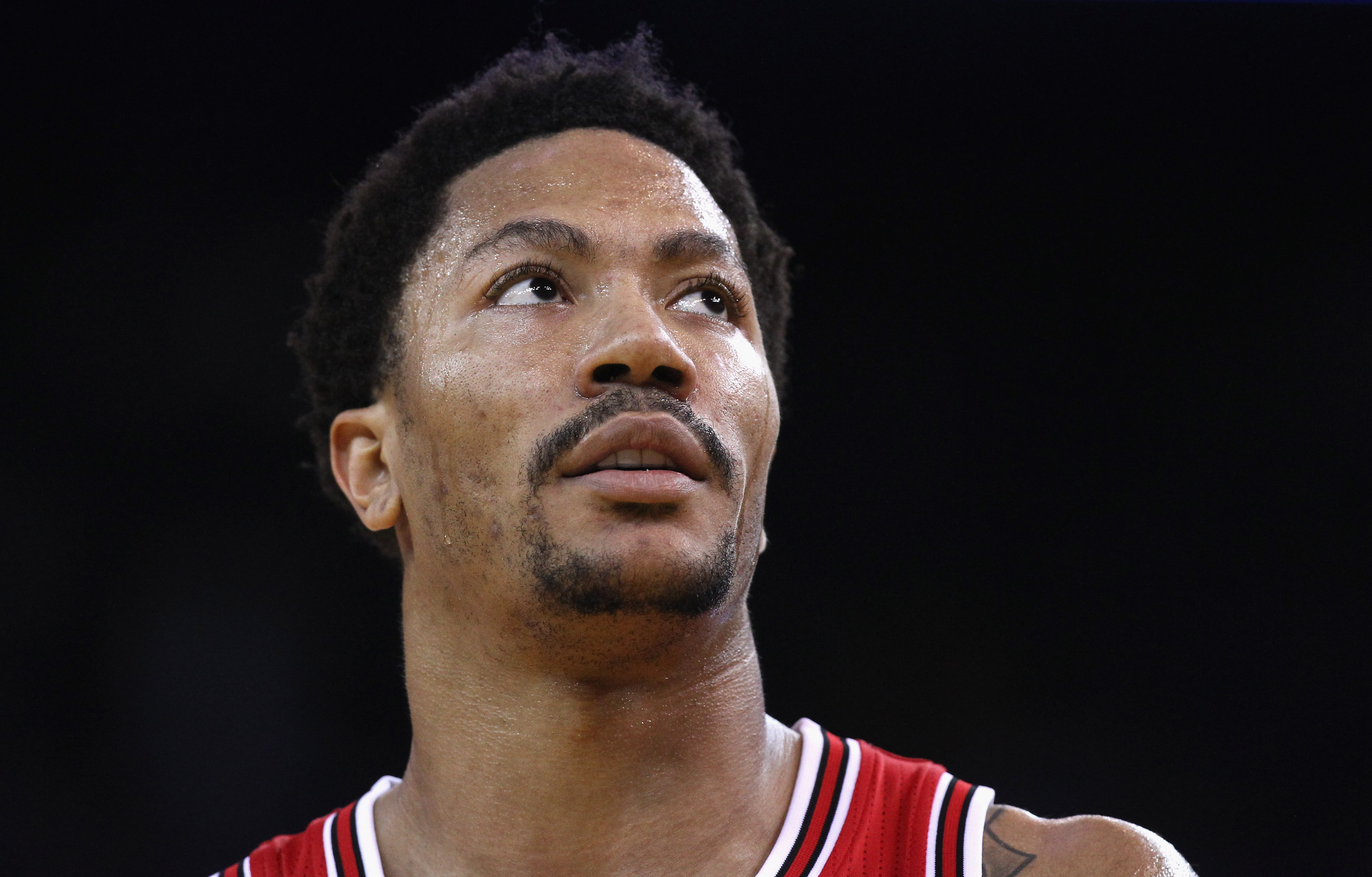 When the Chicago Bulls hired Fred Hoiberg to replace former head coach Tom Thibodeau, a new era was ushered in, and nothing was set in stone.

That nothing was set in stone, in fact, was the fundamental point of the offseason. The Thibodeau Bulls were an unknowable quantity, perpetually mired by injuries, a retrograde offense, and a minutes distribution that favoured veterans to the point of running them into the ground. One always got the sense they stymied potential for the sake of stability, an assumption that rested on the belief that there was indeed, beneath the inefficiencies, potential.

Hoiberg’s pace-and-space sensibilities—decidedly new-age—would help chemically realign the roster in a manner that fit with the 21st century, thus prompting fans and analysts alike to spend another November paying close attention to the Bulls, eagerly awaiting a sign of progress.

The early returns don’t exactly lend themselves to championship optimism. The Bulls’ 10-5 record, third in the East, is like a shag area rug blanketed over a wine-stained carpet. Per 100 possessions, the Bulls are tucked snugly into the sweaty armpit of mediocrity, outscoring teams by just 0.3 points, which ranks ninth in the East. On Monday against the Spurs, they couldn’t hit a field goal in the final seven minutes and barely escaped with a three-point victory. Of their 10 wins, only two came by a margin of more than six points.

More importantly, the competition is better than ever. Historically, Chicago staved off implications of mediocrity by hinging steadfastly to the belief that bad injury luck foiled their chances, that a healthy Bulls’ squad was the East’s best shot at punting LeBron. The emergence of Atlanta, Miami and Indiana have shattered that internal logic. Against the East’s emerging middle class, merely holding steady would have been disastrous; what’s worse, the Bulls have maintained relative health and somehow regressed. As a result, the expectations propped onto Hoiberg’s shoulders rest under an uneasy anxiety: If things don’t work out now, will they ever? Were they ever meant to? 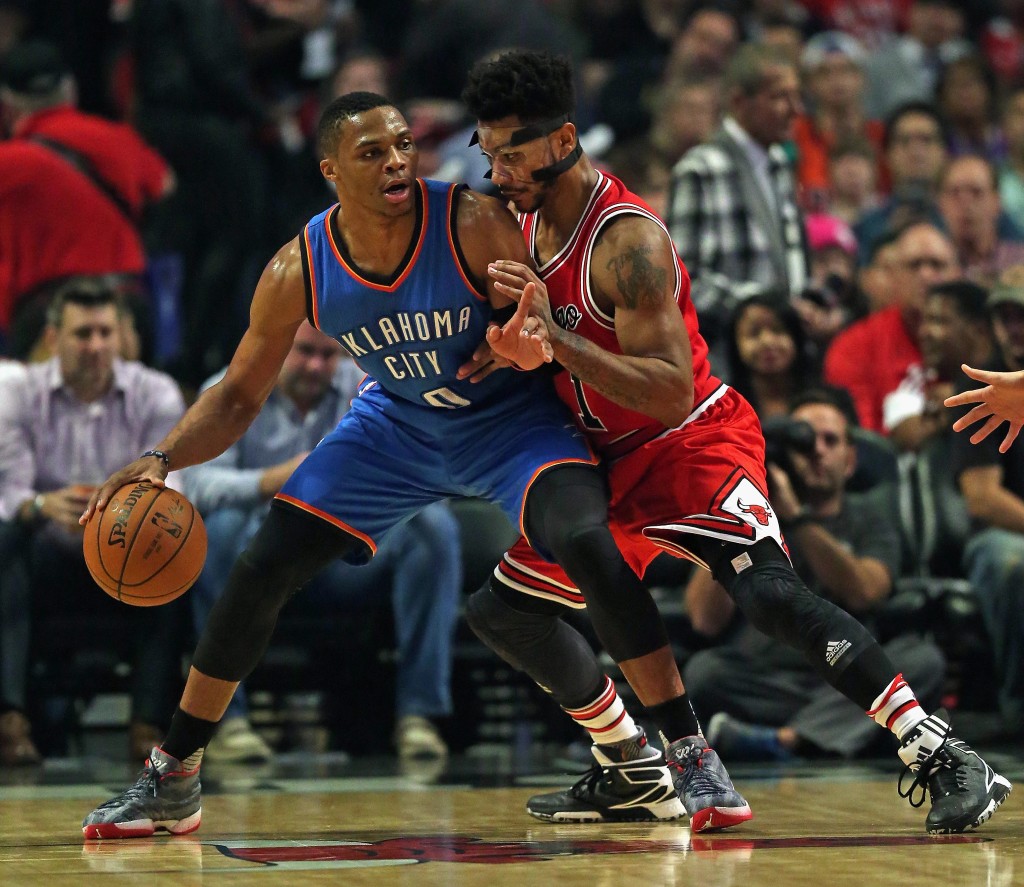 Disappointment mounts, the old internal logic no longer fits, a new axiom emerges: We have the talent, but lack the consistency. And like all inconsistent oufits, the Bulls’ self-belief hangs on the flickering delusion that they’re really meant to be their best selves all the time, if only they could hammer in some nails and tighten a few bolts.

After letting the decrepit Philadelphia 76ers hang around too long, Pau Gasol opened up on the team’s “up-and-down” execution, saying, “We have a lot of talent. It would be a waste if we didn’t play better than we are right now.”

Hoiberg, at practice the day before the Bulls’ victory against Portland, said, “I feel like if we play the way we’re capable of, we continually play hard and not forget how hard you have to play in order to win games on the road or at home, we’ll be fine.” All the way from Derrick Rose to Joakim Noah to Jimmy Butler, the call for execution and aggressiveness has become a familiar refrain. Perhaps that’s why Butler, who keeps churning out impressive performances while battling a heel injury, is pondering whether or not he should get an MRI — just one of the many indications that this team is still steeped in the past. 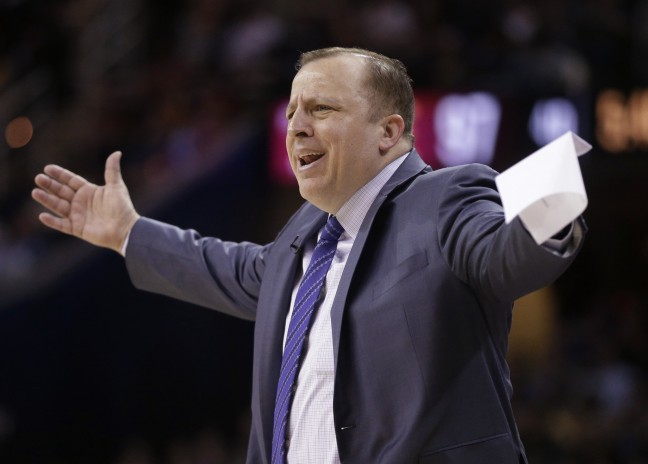 It can be argued that Chicago, for whom consistency truly became an issue in Thibodeau’s final season, simply wore tired of his uber-disciplined approach, that they were tapped out and in need of new invigoration. An alternative theory is that consistency can’t be willed into existence by sheer desire; that it’s structural, a product of the execution of a balanced attack.

Chicago’s offense, a relic featuring midrange shots, uncreative post entries and mucky space, was supposed to be flipped over on its head by Hoiberg’s read-and-react system. Instead, an even higher portion of their shots are from the mid-range area, with only as many threes as last year, and far less free throw attempts. What Hoiball relies heavily on is improvisation, and an improvisational offense with ball-handlers who fluctuate wildly in aggressiveness — this isn’t limited to Rose — will naturally lead to inconsistent playmaking. Likely, it will lead to the ball to places the defense wants if to go, like 19 feet from the basket, especially if the old regime ingrained those shots into learned habit. Finally, when the team is fully of streaky shooters, those shots will fall at a rate that is — say it with me, now — inconsistent. In the absence of firepower and creativity, improvisation morphs into disorganization.  It’s here that the sharpest critique against Hoiberg can be lodged. Until the front office brings in players suited for Hoiball, his innovations should skew toward structure and discipline.

As of now, the player best suited for Hoiberg’s style is Doug McDermott, Chicago’s best shooter and resident defensive sieve. His counterpart, Tony Snell, escapes the ‘wildly streaky’ tag only if he’s pitted against Nikola Mirotic, who only shoots either 1-for-5 or 3-for-6 from deep, depending on which way the wind blows. Taj Gibson, a dependable rim-roller, can’t extend past 16 feet. Noah — Monday’s game against the Spurs withstanding — can’t hit a layup, let alone a jumper, and Pau Gasol’s game is archaic, whether he’s lobbing shots from the low- or high post.

Kirk Hinrich has been a pleasant surprise, and that doesn’t bode well for anyone.

To say nothing of Rose, the depressing gooey core of this squished donut, who is trying desperately to chase a version of himself that existed four years ago. He’s honing a midrange bankshot, as though the league hasn’t diametrically changed. He worked on floaters and short jumpers in the offseason, as though he wasn’t planning on launching — and bricking — over two threes per game. With Kobe-esque mania and denialism, he is shooting 15 shots per game and making just five. I don’t know what’s more depressing: that he’s trying, quite literally, to shoot himself through an eye injury, or that this is the healthiest he’s been in years. For years, the NBA has running in the opposite direction of Rose’s skillset. His idea of catching up? Running in the opposite direction.

Little by little, this season feels like the final turn of the knob for this iteration of the Bulls. Occasionally, Hoiberg finds a momentary elixir in hot-shooting lineups that move the ball. But eventually, everything fractures. Shooters lose steam. Snell, in one breath, manages to travel off the catch and dribble the ball off his foot. Noah lobs the ball over the backboard. All the while, Hoiberg introduces new sets, tries every possible lineup combination and hurtles into the same old inevitabilities. Tasked with welding copper-level talent into championship gold — and stop me if any of this sounds familiar — he continually runs into failure, while everyone watching knows that the Bulls, an organization short on risk, are reluctant to make mid-season trades.

To be fair, though, they’ve sure given him a nice collection of talent to work with!