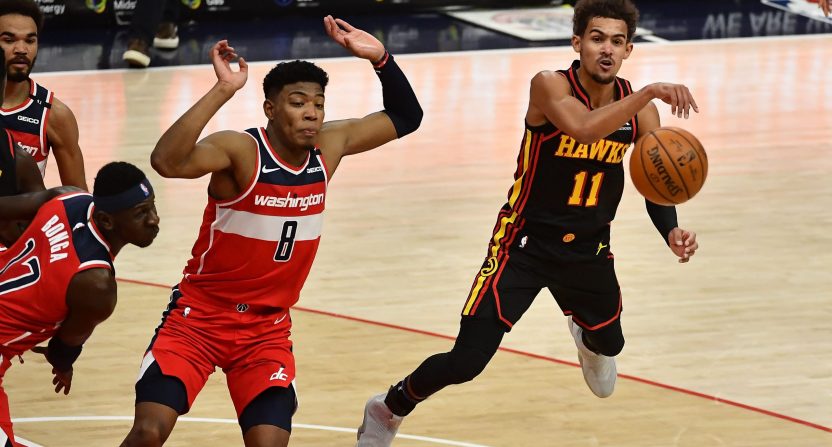 We’re closing in on the All-Star break for this condensed 72-game NBA season. Let’s take a look at the five most disappointing teams.

Brad Stevens, who has made a living out of exceeding expectations, is catching heat for the first time in his coaching career. The Celtics had the second-highest preseason win total in the East, trailing only the Milwaukee Bucks (49.5). Reasonable odds considering they have reached the Eastern Conference Finals three times over the past four seasons. This season, little has gone right for the Celtics; they have struggled in the surprisingly competitive Atlantic Division.

The Celtics’ problems are not entirely Stevens’s fault. Blame general manager Danny Ainge for the thin roster. You could also blame injuries. Jayson Tatum, struggling with the aftereffects of COVID-19, is scoring more but playing worse. Marcus Smart, their best defensive player, has been out since late January due to a calf strain. And Kemba Walker sat out the first 11 games due to knee surgery. That’s a lot for any coach to overcome.

Things got so bad that Celtics owner Wyc Grousbeck issued a vote of confidence for the embattled coach and general manager. In his seventh season, Stevens is the fifth-longest tenured coach in the league. Wonder how much longer he wants to stick around.

Last season, the Mavericks looked like the team of the future. And they still might be. They went 43-32 powered by Luka Doncic, the most promising young star in the game. They attacked with the most efficient offense in NBA history. And Dallas did this with Kristaps Porzingis working his way back from a torn ACL that caused him to miss the entire 2018-19 season.

We’re still waiting for the team of the future to arrive. Dallas suffered a six-game losing streak during which Doncic called out his team for being “terrible.” The Maverick started 9-14, capped by an embarrassing 147-116 loss to a banged-up Golden State Warriors team that dressed just nine players due to injuries.

Doncic might have been part of the problem. By his own admission, he started the season out of shape. The other issue which is more troubling is Porzingis, who has been one of the worst defensive players in the league. The good news: Dallas is playing better of late, and after enduring the toughest schedule in the league, the have the fourth-easiest remaining.

"Terrible. … Right now it's looking like we don't care, honestly, if we win games or not."

The Hawks pulled the plug on the Lloyd Pierce experience, firing the coach after the team went 4-11 in February. Atlanta was supposed to contend for a playoff spot. Instead, they have the fifth-worst record in the East. Most alarming has been their inability to close out games with 11 losses after holding a fourth-quarter lead. In the final quarter, they have been outscored by an average margin of -minus 1.9, tied for the worst in the NBA along with Oklahoma City.

Can interim coach Nate McMillan turn things around? He’s a veteran having guided three different teams to the postseason. Last August, McMillan was surprisingly ousted by the Indiana Pacers after losing in the first-round of the playoffs just weeks after getting a contract extension. McMillan has a young star in Trae Young, who’s electric but mistake-prone. His 4.3 turnovers per game are second in the league, trailing only Russell Westbrook (4.8).

Atlanta lacks depth. Prized free-agent sharpshooter Bogdan Bogdanovic has been missed 25 games with a fractured knee. Promising second-year forward De’Andre Hunter is out with a knee injury. And rookie first-round draft pick Onyeka Okongwu has been a non-factor.

The Nuggets have been good, just not great. There were high hopes following their surprising run to the Western Conference Finals, including rallying twice from 3-1 deficits. Denver has been a bit puzzling. The Nuggets have two players who have scored 50 points in a game this season: MVP candidate Nikola Jokic and Jamal Murray. Both are enjoying career years. Jokic is a wizard who can initiate offense unlike any big man we’ve ever seen. He leads the league in Player Efficiency Rating and is sixth in assists (8.5). Murray, who took a tremendous leap in the playoffs, is shooting the ball better than ever.

Jokic and Murray have fueled the NBA’s fifth-most efficient offense. So why is Denver fighting just to make the playoffs? It has been surprisingly mediocre at home (10-7). So much for that famous high-altitude advantage. Coach Michael Malone points to injuries and youth with players like second-year wing Michael Porter, who continues to be good on offense and lousy on defense. The Nuggets might find themselves having to go the hard route again in the postseason.

Washington swapped one fading All-Star (John Wall) for another (Russell Westbrook). So far, the results haven’t been different. These Wizards look a lot like previous ones. Washington could finish fourth in the Southeast Division for the third straight season. The Wizards started the season 3-12, prompting speculation on Scott Brooks’ job status.

Westbrook is no longer the most athletic point guard in the league. His declining explosiveness can’t mask his inefficiencies anymore. He turns the ball over too much (4.8) and can’t shoot (27.5% on threes). So, it’s often left to Bradley Beal to bail out his teammates. Beal deserves better than this. He’s the owner of one of the most depressing NBA records we’ve heard of, losing 11 straight games when scoring at least 40 points.

The heat on Brooks has cooled with the Wizards going 7-3, including an overtime victory at the Los Angeles Lakers. And they have an entertaining style, playing at the fastest pace in the league. Still, Washington probably will miss the playoffs again.

It's the longest streak in NBA history.