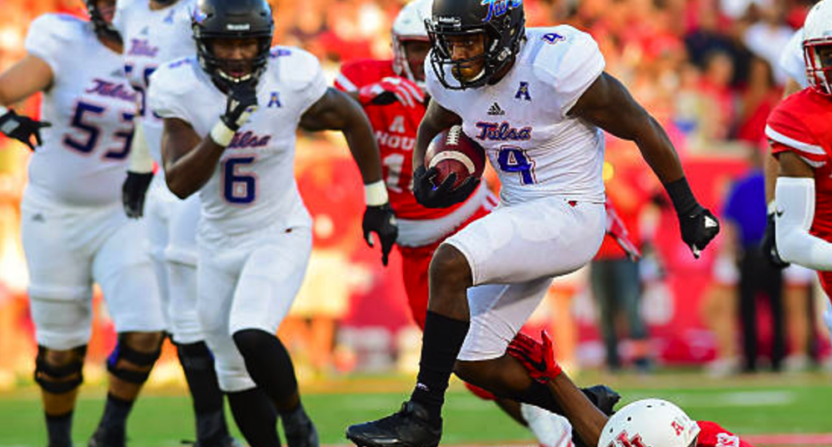 The first week of college football has finally arrived. Week 1 begins with Tulsa-Oklahoma State and Ohio State-Indiana on Thursday night.

So it’s time to pick some games. Week 1 should be a fine opportunity to jump on some live underdogs. Here are six of them.

Oklahoma State should have one of the nation’s most potent offenses. The question, for media soothsayers talking the Cowboys up to co-favorite in the Big 12 with Oklahoma, is whether they have a defense. We should find that out against Tulsa’s offense.

Golden Hurricane head coach Phil Montgomery was Art Briles’ longtime quarterback coach and offensive coordinator. He runs a similar balanced, up-tempo attack (and has taken Tulsa from 10 losses to 10 wins in two seasons doing it). This game could be a shootout, so take the points. A beaten Tulsa is still a candidate to come roaring through the back door for a cover, so still take the points.

Everyone has been waiting for the FBS version Appalachian State to spring a big upset. The Mountaineers should have done so at Tennessee in regulation during last year’s opener.

App. State is a well coached, fundamentally sound team. The Mountaineers keep things tight on offense. They keep things contained on defense. They make you out-execute them on key downs and in the red zone to beat them. Georgia did not explode on offense in 2016. It’s not yet clear they will do enough to pull away against a solid App. State crew in 2017.

Western Michigan is a “look ahead” game for USC, with Stanford on deck and Texas in the hole. The Trojans won’t want to open things up and give those teams much film. USC has concerns along both lines that may not be settled by Week 1.

Western Michigan beat two Big Ten teams in 2016 and played a third, Wisconsin, tough in the Cotton Bowl. Perhaps you have a vague recollection of Indiana playing a run-heavy tempo spread that made the Hoosiers quite annoying for Big Ten powers the past few years? The offensive coordinator from those teams, Kevin Johns, is now at Western Michigan, and the Broncos’ strength is running back depth.

Lane Kiffin did not bring the enthusiasm on YouTube. But he did bring it on the recruiting trail, adding a bunch of talented JUCO players, transfers, and three-star freshmen to a team with 18 returning starters. He hired Kendall Briles to run the offense and his brother Chris Kiffin to run the defense. This team should be set up to compete quickly (and get Kiffin somewhere better than FAU).

What Ken Niumatalolo has accomplished at Navy is commendable. One of his most impressive accomplishments last year was finding a path to nine wins with a horrendous pass defense. Kiffin is now free to call up all the deep balls he wants.

Let’s talk about Nebraska football. The Cornhuskers lost their senior quarterback, senior leading rusher, senior leading receiver, and senior tight ends from last year. Psst. That offense did not impress much. They are also changing schemes on what should be the stronger defensive side of the ball.

Arkansas State does not have the depth it had on defense in 2016. But the Red Wolves still have talent. When is depth not as much of a concern? Week 1. Just as one should take the points in a shootout, one should also take a more than two-touchdown spread in a power outage. If this game hits the under of 47, Arkansas State probably covers.

Troy arrived ahead of schedule in 2016 with a 10-win season and a one-score loss to eventual national champion Clemson. They had a tenacious defense and a solid, though methodical offense. The bulk of that team under Neal Brown returns, spearheaded by a strong senior class.

Boise State may be the most capable Group of 5 team. Brett Rypien may be the best Group of 5 quarterback. But the Broncos face significant turnover at the skill positions, on the offensive line, and in the front seven on defense. Troy should be a tougher challenge for Boise State than anticipated the first week.