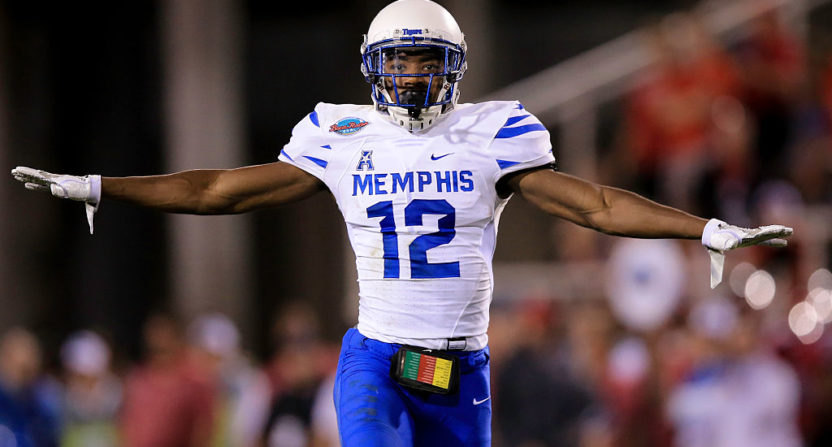 Two weeks into the 2017 college football season, our picks have had a rough start. We’ve gone 4-9 against the spread during the first two weeks. But we did get USC and San Diego State last week.

There were some bad beats mixed in there, but we’re looking to move forward. Here is who we like for Week 3.

Memphis (+3) vs. UCLA: This was on our trap games list for a reason. Whoever controls UCLA’s non-conference scheduling broke what should be a hard and fast rule. Never, ever travel east for a game that kicks off at 9 a.m. PT. Especially somewhere like Memphis where it will be in the mid-80s and humid.

Even casting aside that inauspicious framework, Memphis has had extra time to prepare and averaged 8-plus yards/carry in Week 1. UCLA may have the worst run defense in FBS. They allowed 6.7 yards/carry to Hawaii. It’s also a look-ahead game for UCLA with Stanford the following week.

The team that will cause trouble for the Sun Devils is a team like San Diego State that will commit to the run, control the lines of scrimmage, and reel off long drives to stop their offense getting into a rhythm. Getting into a back-and-forth shootout with Texas Tech is a game that far better suits Arizona State. If you’re ready to jump on Texas Tech because their defense slowed down Eastern Washington, you should remember Eastern Washington’s coach left to become offensive coordinator at Cal.

San Diego State (+9.5) vs. Stanford: Football teams thrive with a clear routine. Stanford is traveling to SDSU for its third straight road game, which included a trip to Australia for the opener. This game is also a sandwich between USC and UCLA. SDSU has a quite good run defense that held Arizona State under two yards/carry last week. They will also lead with a power running attack, the sort the Trojans steamrolled Stanford with last weekend. The Cardinal may come out with the win here, but that’s too many points to spot the Aztecs as a home underdog.

Colorado State (+28.5) vs. Alabama: Alabama is a strong against the spread bet in almost any situation, except facing a Group of 5 or FCS opponent during the regular season (9-17 ATS). They don’t waste time running up the score. Once the game is settled, Alabama shuts it down and takes out the starters.

Colorado State is one of the better Group of 5 powers, closer to the team that dropped 58 on Oregon State than the one who had a sloppy debacle against Colorado. The Crimson Tide have struggled in the passing game and as a consequence have struggled on third downs (118th nationally). Alabama will win, but not in spectacular fashion.

Tulane (+34.5) at Oklahoma: Beating down Ohio State in the Horseshoe is about as high as a team can get in college football. That feat makes this a clear letdown spot for the Sooners. Once you’ve planted your flag on the O, it’s hard to get back up for Tulane at home. What does a team not want to face in such a situation? Willie Fritz’s shotgun/pistol running option that will spread the field and force the defense to focus and make tackles in space. Oklahoma will win comfortably. But, if the Green Wave get any traction they should be able to limit possessions and cover.

Northern Illinois (+14) at Nebraska: Nebraska is transitioning to Bob Diaco’s 3-4 defense. Saying that transition has not gone well thus far would be an understatement. The Cornhuskers rank 128th nationally in opposing plays that are a turnover, a sack, or a TFL. 120th in opponent third down conversion percentage. 112th in opponent passing efficiency. 127th in sacks/pass attempt. We could keep going. It doesn’t get much more palatable. Not all of that was facing Oregon. The Cornhusker offense is more potent than the defense, but too sloppy, inefficient, and inconsistent to trust with a 14-point spread.