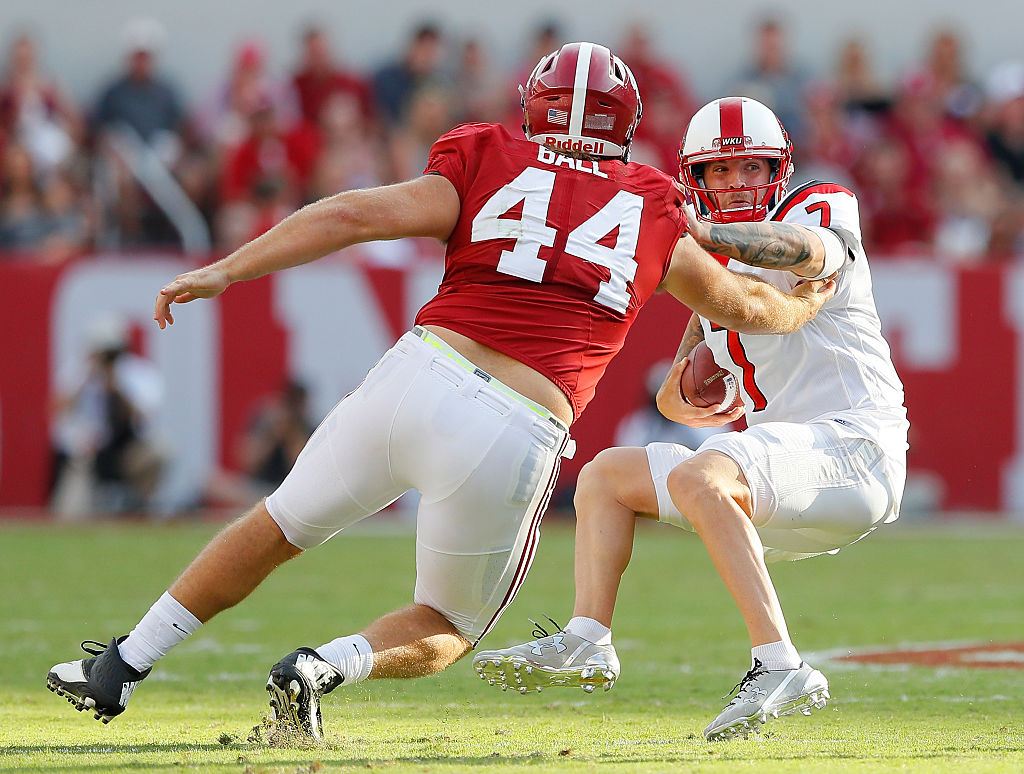 Alabama defensive lineman Dakota Ball will miss the team’s first round playoff matchup for a reason that doesn’t come up on the injury report very often — Ball blew his own finger off with a shotgun.

The senior was back in his native Georgia two weeks ago, enjoying a little downtime during a break between bowl practices when he and his buddies had an idea. They decided to grab their shotguns, hop on their four-wheelers, and do a little hunting. What could possibly go wrong there?

Well, as it turns out, firearms and four-wheelers don’t exactly mix. Ball set out with ten fingers, but came back with his index finger blasted beyond repair. We’ll let Ball explain in his own words exactly how the accident happened.

There was a brief moment of disbelief.

At first he thought he had shot through the middle of his hand. Then he saw the index finger “hanging by a piece of skin.”

Given the circumstances, this is hardly a shocking result, and to his credit, Ball appears to be taking the incident in stride. He spent just one day in the hospital — just enough time for doctors to amputate the digit and staple the wound shut — and was very matter-of-fact about the whole ordeal at Thursday’s media session.

“I shot my finger off with a 12-gauge shotgun,” he said matter of factly.

His left hand was still heavily bandaged, but he isn’t shy about showing the picture of his missing index finger. A row of staples closed the gap where his index finger once was.

“It’s completely gone,” he said. “I shot it right at the knuckle and blew it off.”

Ball was only a reserve amidst a talented group of players, and his best chance at action against Washington was on special teams. His days in Crimson are likely over. If there is a silver lining to this, he probably wasn’t good enough to derail an NFL career with this incident.

Ball’s head coach, Nick Saban, grew up in West Virginia, so he is no stranger to guns and the dangers they bring. However, Saban had enough sense to stay away from them in his downtime. He regaled the media with a cautionary tale from his childhood about the hometown hero who ruined his chances to play college ball when he lost his leg in a hunting accident.

Let this serve as a lesson to the young people out there: don’t mess around with guns on four-wheelers. You just might shoot your finger off, kid.