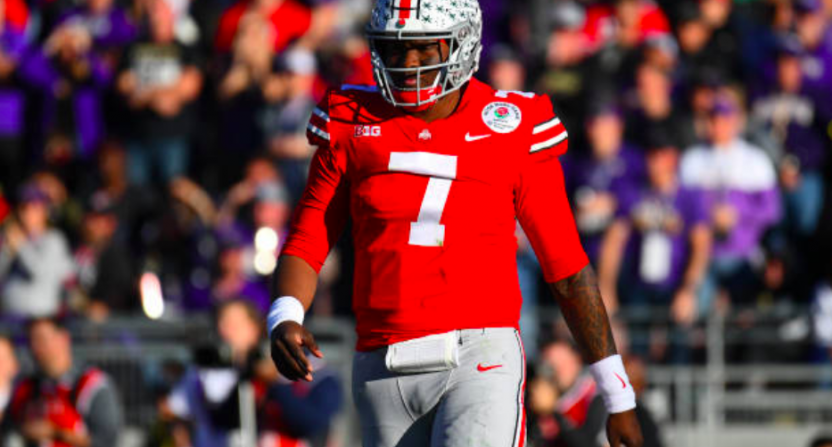 The Big Ten had a historic bowl season. No, I’m not saying that facetiously. The conference sent nine teams bowling, a good but not historic number. Big Ten teams went 5-4 in their nine bowl games. This means that for the first time since the 1998-1999 seasons, the Big Ten had a winning record in bowl seasons in back-to-back years. That two-decades-long drought for winning bowl seasons was the longest among all conferences. To put things into perspective, before this year, the WAC and Big East had consecutive winning bowl seasons more recently than the Big Ten.

Winning bowl seasons are absolutely a big deal for the Big Ten. The conference had a terrible stretch of bowl seasons during the 2000s and a little into this decade, and the country noticed. The ACC has also struggled in bowl games in that time span, but that fact seems to have flown more under the radar. After going 7-1 last year, with the lone loss by Michigan (a perfect bowl season, according to Ohio State fans), the conference regained some of its lost respect. Backing that up with a 5-4 season should have been enough, but the nature of some of the losses will hold the perception jump back a little.

Big Ten teams were only favored in three of their nine games. Winning five should have been a superlative season. However, two of the losses were so bad that it will erase a lot of the gains other teams made.

The Big Ten won four other bowl games, some of them better than others. Northwestern’s 28-0 second half to come back and beat Utah was important. It will build good momentum for 2019, which is much-needed after the Wildcats went 0-3 in regular-season nonconference games. The Big Ten West champion losing a bowl game on top of that would have been a big blow. Instead, Northwestern got a good win and should finish the year in the Top 20.

Iowa also upset Mississippi State in the Outback Bowl on New Years’ Day. The Hawkeyes were out-muscled at the line of scrimmage, but a combination of a strong passing game, opportunistic defense, and a few lucky bounces gave the Hawkeyes a big upset win. Wisconsin and Minnesota each picked up blowout wins over Miami and Georgia Tech, respectively, sending Mark Richt and Paul Johnson off into retirement on low notes.

Some might be surprised to realize that the Big Ten West went 4-1 in bowl games. The much-maligned division finally has a strong cadre of coaches and the talent level is picking up. Results like this are very important for the division heading into next year.

Penn State’s loss to Kentucky cannot be described in any way but bad. The Nittany Lions came out flat, making poor decisions and silly errors throughout the first three quarters. The defense fought hard, but bad special teams and turnovers led to a 27-7 deficit. Then, all of a sudden, Penn State remembered who it was in the fourth quarter. Two quick touchdowns put the game within reach, with plenty of time left. Then, down 27-21 with just over four minutes to play, James Franklin decided to kick a field goal on 4th and 6 in the red zone. Honestly, it was not an awful decision. The defense had played well enough that trusting it made sense. It was, however, the wrong decision. Penn State never saw the ball again and lost 27-24.

Michigan also lost in ugly fashion, which was embarrassing for both the conference and head coach Jim Harbaugh. The Wolverines kept it tight in the first half, but imploded in the second. Florida won the game 41-15. Harbaugh is now 1-3 in bowl games at Michigan. His team blew out Florida in the Citrus Bowl in his first season, but the three bowl games since have all been disappointing. Michigan has now lost as a favorite in its last three bowl games. Add that to his 0-4 record against Ohio State, and you have to wonder when his seat will start to get warm.

If we’re going to talk ugly bowl games–all time–we have to discuss the Redbox Bowl. Instead of going too into detail, I’ll leave you with this tweet. It sums up both the bowl game and Michigan State’s season very well.

Michigan State's defense was good enough to win a national championship and the offense was bad enough to go 0-12. Just an absolute joke of an offensive performance in a 7-6 loss to Oregon. Held the number 2 offense in the PAC 12 to 7 points and still lost. Change must come now.

I also have to add that Mark Dantonio went for it on 4th and 1 from just outside the 20 late in the first half. If he kicks a field goal there, Michigan State might have been able to hold on, instead of losing 7-6.

And, of course, we can’t close the ugly of bowl season without mentioning Purdue. Purdue–the team that beat Ohio State by 29 points and kept the Buckeyes out of the Playoff–was absolutely embarrassed by Auburn. The Boilermakers could not get a stop on defense and couldn’t do much on offense either. Auburn scored 56 points in the first half, and honestly could have put up 100 if Gus Malzahn had wanted. The rest of the Big Ten West had an excellent bowl season, but Purdue’s loss will stick in the minds of many.

Coming off a solid bowl season, the Big Ten has a chance to make a real impression in 2019. Many things–like players leaving for the NFL Draft and possible coaching turnover (especially assistants–are still up in the air. Wisconsin has an easy nonconference schedule next year. Minnesota plays two of the better Group of 5 teams. Iowa plays Iowa State and two cupcakes, and Northwestern opens against Stanford. The conference, especially the Big Ten West, will have a good opportunity to build off this bowl season next year. The conference’s perception still isn’t great, but after two winning bowl seasons in a row (and three out of the last five years), it’s far better than where it used to be.