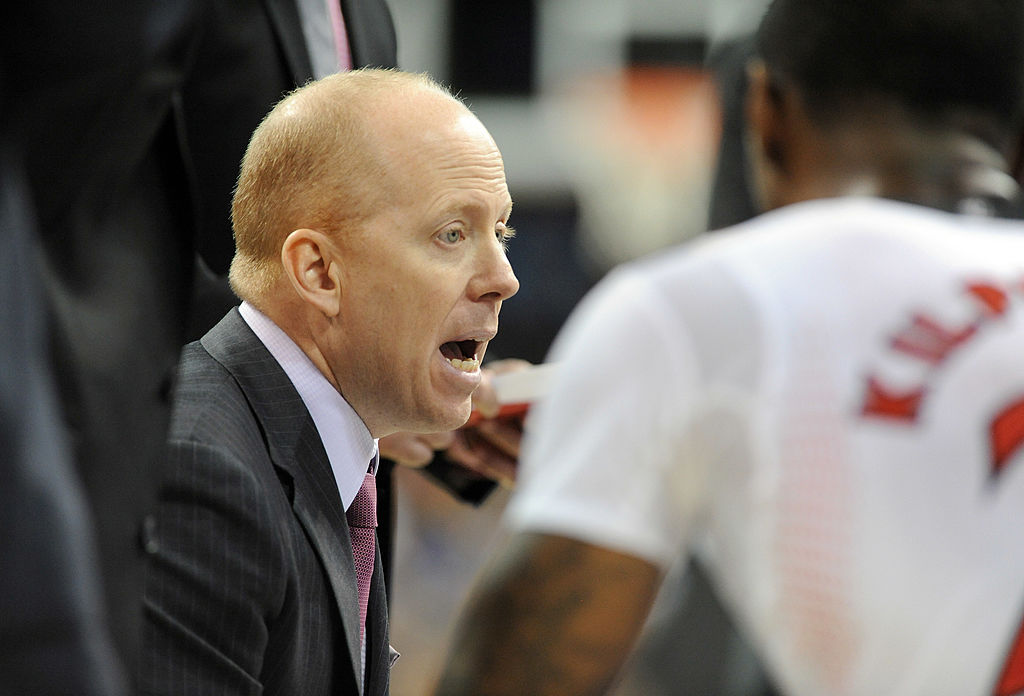 With Mick Cronin previously showing at least some level of interest in a coaching position at UNLC, Cincinnati has announced it will keep their men’s basketball coach home as he begins what the school is selling as “the second decade.”

“I would like people to try and understand after 10 years of dedicated service I chose to evaluate my career and my life,” Cronin said in a released statement, seemingly admitting that after 10 years he did contemplate a change of scenery. “Reflecting through that process was extremely difficult, but it was something I needed to do for me personally. The city of Cincinnati and the University are special places to me and I’ve always said what an honor it is to be the head coach at my alma mater.”

Of course, there appears to be more to the story, especially from the UNLV side of things. ESPN Las Vegas reports Cronin backed out of a verbal agreement to become the next head coach of the Runnin’ Rebels.

So, UNLV AD now saying on @ESPNLasVegas that Cronin verbally agreed to a deal and then never called back when he went home to Cincy.

So the search will continue at UNLV to find a new men’s basketball coach. The possible good news for UNLV is new apparel partner Under Armour could be prepared to help pay for a new head coach. Per SB Nation, Under Armour will be taking over the UNLV apparel contract once the current deal with Nike expires. That makes sense, because Under Armour has a stake in the success of its partner programs. If it can help UNLV recapture some of the old magic in Las Vegas, then they will pony up whatever it can manage to help make that happen.