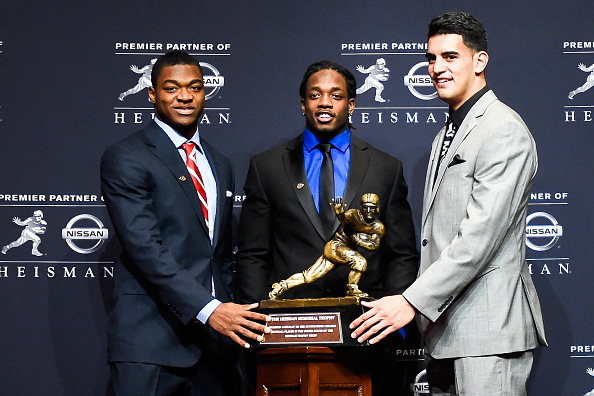 Despite a loaded field full of contenders and lacking a true favorite, The Heisman Trust has announced that only three finalists will head to New York for the 2015 Heisman Trophy ceremony on Saturday.

Naturally, the fanbases representing other Heisman hopefuls have been vocal in their disappointment. For example, LSU fans are not pleased that one-time Heisman lock Leonard Fournette will not be attending. Fournette himself summed it up with one simple emoji.

It wasn’t a surprise that Navy QB Keenan Reynolds didn’t get invited, through it would still be cool if they flew him in via helicopter following the Army-Navy game.

Snubs aside, however, the announcement was a reminder that college football exists within a self-made realm of arcane rules, iffy logic and unaccountable partners who can basically do as they please. The Heisman Trophy is recognized as how we honor college football’s most outstanding player, but it also comes with strange customs that don’t really serve the student-athletes it’s supposed to represent.

Only inviting three finalists in one of them. Another is holding the ceremony before the college football season is over. There’s literally a football game (that counts and everything!) that day that just so happens to involve one guy considered a Heisman hopeful. It does not matter at all what he does in the game because all of the votes have already been cast. If it didn’t already feel impossible for a player from Navy or Army to win the Heisman, this would basically seal the deal. 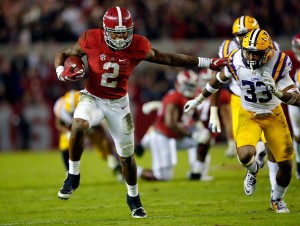 There are greater tragedies in the world than a guy getting snubbed from the Heisman Trophy ceremony. But given everything else that’s changed in the last 80 years, it wouldn’t hurt to take a step back and wonder why we all genuflect to the Heisman Trust and do as we’re told in determining college football’s MVP.

Maybe that means an event with more finalists. Maybe it means an event that waits until all games are over before allowing votes. Maybe it means we establish a Night of Champions where we hand out all postseason awards (including the Heisman and the other awards ESPN dishes out on a separate night) rather than the slapdash, random schedule we go by now to accommodate outdated foundations.

Or maybe we’d keep it how it is. But at least we’d have the option.