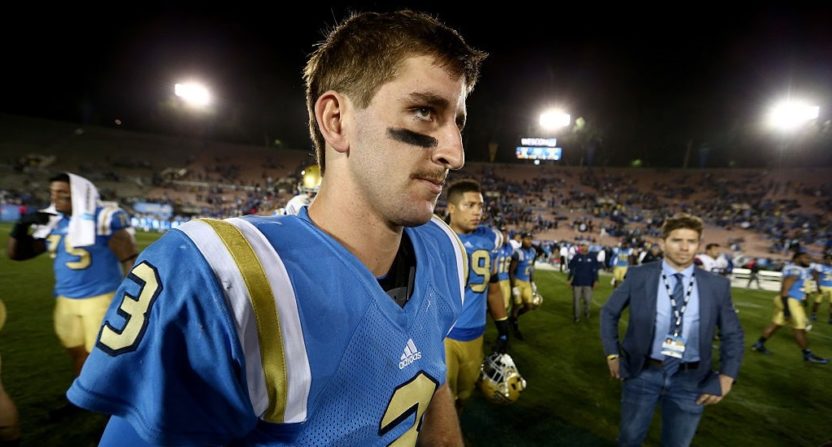 UCLA quarterback Josh Rosen made comments in a Bleacher Report story about the time commitments college football players face, and he stressed the difficulty of managing a full schedule. In doing so, Rosen referred to SAT requirements and suggested Alabama may not be as dominant if the school had higher SAT standards.

Now that the dust has settled a bit, what is your reaction to what Rosen had to say? Also, what could be done to address Rosen’s concerns about time management, if anything?

Our staff weighs in after taking some time to let the story and comments sink in.

Bart Doan: Blame Josh Rosen’s lack of time (tongue in cheek, sort of) for not knowing the real issue here when making the SAT comments. Overall, the SAT, which was originally derived from an old Army IQ test in the early 20th century as a way of helping to expose under-represented students to Ivy League schools, is a poor predictor of college success. It also has gotten away mostly from its root cause.

I don’t think Rosen was wanting to go barking up that tree when he made those comments, but the point still stands. Maybe colleges shouldn’t be using the SAT scores at all? Historically, GPA is a much better indicator, though not flawless in its own right. So as with most things, the comment comes off a little more uninformed than it could have.

At any rate, he’s right on the quality of play going down if you raise barriers to entrance, though it seems like an unnecessary sucker-punch to single out Alabama. Either that or sour grapes, since Alabama keeps on winning. But there are plenty of programs that aren’t about athletics involved with working to get students who otherwise might not have an opportunity to go to school onto a campus, and for my money, these are good things. We’re not all cut from the same robotic cloth.

To his points about time management, spare me the indignity, Mr. Rosen. Yes, the NCAA’s rule about no more than 20 mandatory hours in-season for college athletes (game days count three hours against that 20, no matter how long the game lasts, which is fairly silly and needs to be changed) sometimes gets stretched, but often voluntarily.

He’s right that if you really want to be good at something, it is like a full-time job. That’s sort of life, though. Capitalism, baby. If you’re working at a steel mill and one guy wants to work 40 hours a week and another guy wants to keep picking up shifts and works 60 a week, odds are, the 60-hour-a-week guy is going to be moving up the chain a little quicker in his job.

Aside from maybe increased media requirements, the NCAA hour restrictions really haven’t changed much over the last several decades, and players at that time didn’t really stand on a soap box about it. Yes, it’s a lot of work, and yes, 80 hours a week on anything (him equating it to two full-time jobs) is going to leave not much on the side for leisure time, but if he wants, just do the mandatory 20 hours, go to school, and let the guys wanting to do the 40 lap him by. It’s sort of… well… real life.

Kevin McGuire.: I still don’t have a real problem with anything Josh Rosen said, because I think he was pretty spot-on with his comments. Really, there was nothing new offered by Rosen that hasn’t been suggested before. If Alabama had the same academic requirements as Stanford or Vanderbilt, then the odds are pretty good they would not be the same program they are today.

But you can say that about a number of schools. Rosen just mentioned Alabama because the Crimson Tide have been so successful of late. It would be like suggesting the New England Patriots might not be as good today if they were forced to build a roster of seventh-round picks and undrafted free agents and nothing else. They can’t all be Tom Brady, right?

Could Rosen have chosen his words a bit more carefully? Sure, maybe. But his overall point about some schools being more concerned about just keeping some players in good enough academic standing to remain eligible to play football and not necessarily setting them up for a life beyond football carries at least a little bit of weight.

It is a not-so-well-kept secret in college football that there will be people out there trying to cut corners when it comes to academics, as we have seen time and time again over the years. Rosen should not be blamed for telling us what we already know.

As for how to address Rosen’s concerns, other than letting players major in their specific sport, I’m not sure there is much that needs to be done either. For every example of a star player having to deal with the pressures of time management, there are dozens, if not hundreds of examples of student-athletes somehow managing to budget their time wisely between football and school.

Terry P. Johnson: There are a few points to make here. First, regardless of what the SAT requirements are, Alabama and the other top programs would continue to dominate college football. Although these schools would recruit a little differently than they do now, there’s no reason to think that they couldn’t continue to get the top players in the country. Stanford – among other programs – certainly doesn’t seem to have any trouble in this department.

Second, he’s absolutely correct that the quality of play on the field would decrease. Given that some of the top players wouldn’t meet the new requirements, they wouldn’t be on the gridiron on Saturday. That’s why I don’t see these requirements changing anytime soon.

Third, the “football and school don’t go together” argument is garbage. Yes, playing college sports is the same as having a full-time job. However, there are plenty of people who work 40 hours a week and go to school full-time. Is this situation optimal? Of course not. But people make it work every day.

Fourth, I agree with Rosen that the schools should do more to help athletes achieve their academic goals. Let’s be honest: it’s not exactly easy for college graduates to find a job once they finish school. By keeping someone eligible rather than preparing them for life after college, the schools are doing a huge disservice to its student-athletes. Absolutely no one wins in that situation, which is why this needs to change immediately. 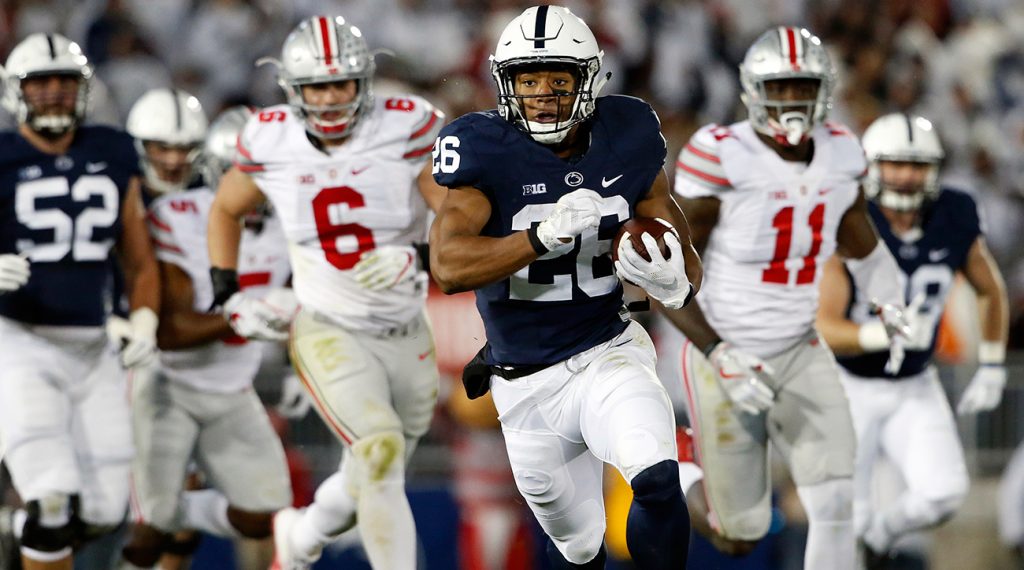 Matt Lichtenstadter: It’s accepted now that the NCAA’s rules on amateurism are ridiculous, and balancing school and football is incredibly difficult. However, other athletes go through the same rigors no matter the sport they play, and they face the same academic rigors as the rest of the student body at large. It’s true that academic standards at the major college football and basketball programs are, shall we say, not as stringently enforced as they may be elsewhere, but that is the lay of the land in big time college football because of its money making proposition.

While it’s 100% evident that the current NCAA system is broken beyond repair, finding solutions that make sense across the spectrum is a much more difficult task. Rosen wants to move on from his comments and that’s fair to do, but as he’s made comments like this on hot-button issues before, it’s fair to scrutinize these comments more than if they were made by someone else, or his lack of solutions that he’s presented.