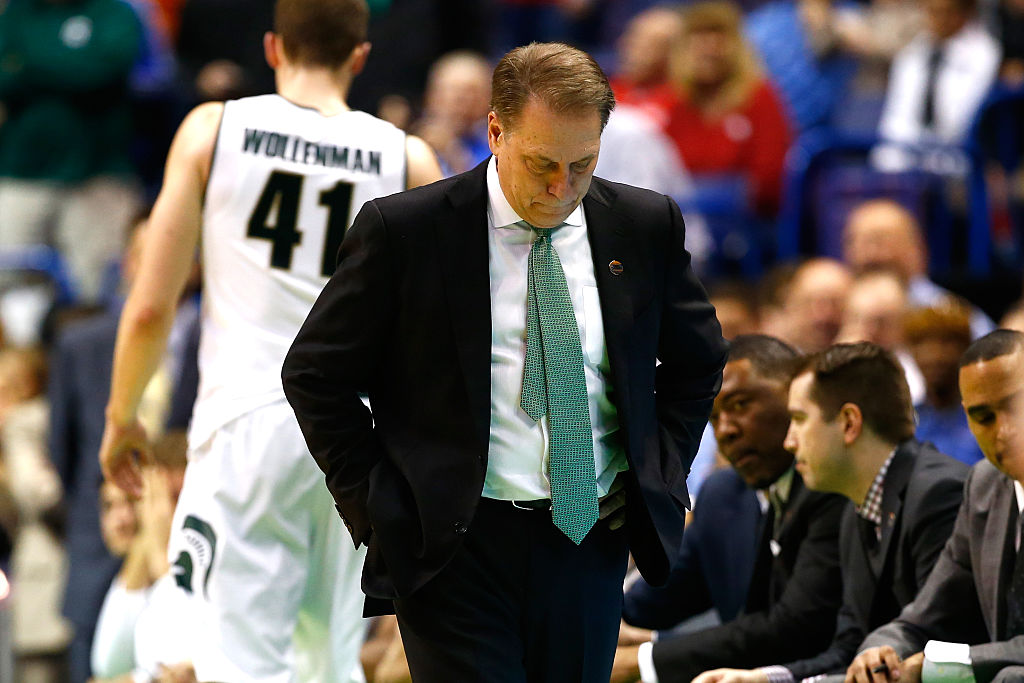 Sometimes the impossible happens in the NCAA tournament; it’s what makes March Madness special. But even by the tournament’s chaotic standards, what happened in St. Louis was flabbergasting.

Middle Tennessee shocking Michigan State 90-81 at the Scottrade Center wasn’t merely the greatest upset by a No. 15 seed over a No. 2. It is arguably the biggest in the history of the tournament and certainly in the first round.

There was no fluky, last-minute shot or controversial call. Middle Tennessee opened the game with a 15-2 run and shot 55.9 percent overall (11 of 19 from 3-point range).

“They outplayed us,” said a shell-shocked Michigan State coach Tom Izzo whose Spartans never led. “There’s no way I can put it any differently. They deserved to win.”

The Spartans were the betting favorite to win this tournament. Many pundits believed they were slighted by the selection committee when they didn’t receive a No. 1 seed.  Izzo, one of the most successful coaches in the history of this tournament, said before – and after this loss – that his squad was good enough to win a national championship.

Middle Tennessee, a mid-major located just outside of Nashville, has no pedigree. It wasn’t the best team in its league. Helped by Western Kentucky ousting Conference USA regular-season champion Alabama-Birmingham, Middle Tennessee won the automatic bid by winning the conference tournament.

The Blue Raiders were 2-7 lifetime in the NCAAs with its last victory coming in 1989 as a No.13 seed over No. 4 Florida State. The closest thing the program has had to One Shining Moment in recent years was losing to Saint Mary’s in a 2013 play-in game.

This was a meeting of haves and have-nots. According to ESPN Sports Business Reporter Darren Rovell, Michigan State’s basketball program made $7.14 million last year. Middle Tennessee didn’t make a dime in profit. According to @ESPNFantasy, Middle Tennessee was picked to win on 2.17% of the 13.02 million ESPN.com  brackets.

Middle Tennessee coach Kermit Davis was aware of the astronomical odds. Davis said that he found out via email that a second-grader picked the Blue Raiders to win.

“I’m sure they took it (a bracket) home to their mom and dad and they laughed,” he said.

Nobody in office pools across America was laughing. Middle Tennessee withstood every rally as Michigan State closed within a point three times. The last occurred with the score 77-76 with 3:34 left to play. Middle Tennessee’s Perrin Buford made a pair of free throws and the Spartans missed a pair of potential game-tying 3-point shots.

Two more Middle Tennessee baskets pushed the lead to 83-76 punctuated by a Reggie Upshaw dunk with under a minute to go. Upshaw scored 21 points and Giddy Potts added 19 for the victors.

To pull off this upset, Middle Tennessee used a two-prong formula of 3-point shooting and changing defenses. The Blue Raiders made seven of their first 10 3-point shots, 8-of-12 in the first half, including a four-point play from Jaqawn Raymond while falling down.

Middle Tennessee switched from a 1-3-1 zone, a 2-3 zone and some man to flummox the Spartans in the first half. By the time they figured how to attack by getting the ball inside to Matt Costello (22 points – 15 in the second half), it was probably too late.

When asked what he would say to thank Denzel Valentine, Tom Izzo was nearly brought to tears. https://t.co/xOaVz1JHlE

After the game, Valentine, Costello grappled to explain the inexplicable.

“I’ve got a lot of emotions running through my head now,” Valentine said. “I’m more mad and disappointed because I know what this team could have accomplished.”

Added Costello: “There wasn’t pressure like that. We had expectations for ourselves but we just failed defensively today. That’s where we hung our hat all year, and we couldn’t stop them. .. So man, just sucks.”

Watching the game with considerable interest was Syracuse coach Jim Boeheim. He might be the biggest beneficiary in the short term. Michigan State’s loss opens up the bracket for the Midwest Region. Syracuse, lucky to get an at-large bid into the tournament, now only has to beat Middle Tennessee on Sunday to advance to the Sweet 16.

And after what America saw Friday, do you want to bet against Middle Tennessee? 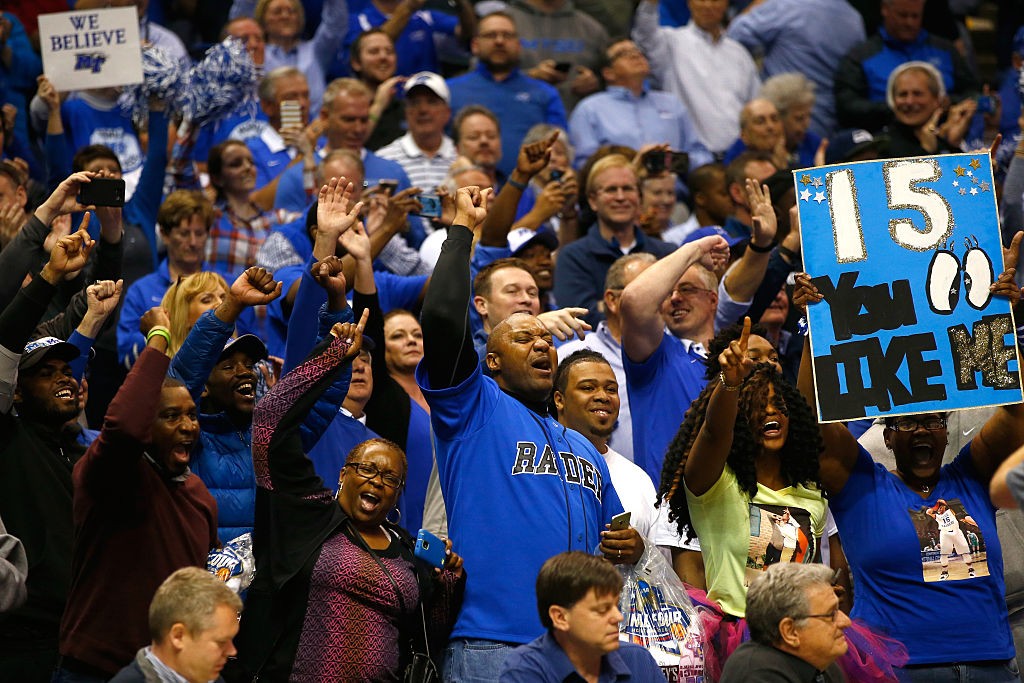 Davis, the son of former Mississippi State coach Kermit Davis Sr., is a survivor. He’s coached at Middle Tennessee since 2002 and this was only his second trip to the NCAAs.

Kermit Davis Sr. is 80 years old and sick with pneumonia and he said his father and mother couldn’t make the trip to Saint Louis. Kermit Davis, the Middle Tennessee coach, has a daughter who is 28 and has Down Syndrome. Before the game, Ally Davis wasn’t too concerned about Michigan State at all.

“After 30 seconds before tipoff I saw her walking down the steps with her pizza,” Davis said. “She was more worried about getting something to eat at lunch. It kind of puts a calmness to you. And  she’ll look forward to a really big hug, that’s for sure.”

Perhaps she knew the impossible could happen.