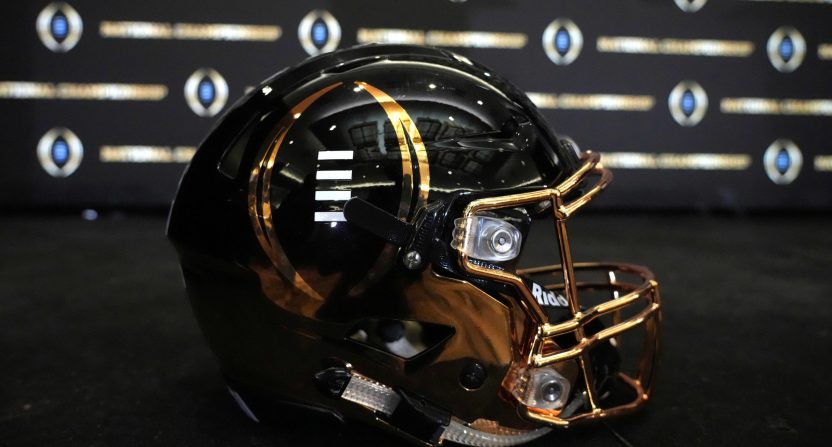 There have been a lot of controversies since the ruling came down that student-athletes were able to use their name, image, and likeness (NIL) to make money.

Lots of student-athletes and schools have taken advantage of the situation but it may have all come to a head with the situation surrounding Pitt wide receiver Jordan Addison.

USC head coach Lincoln Riley finds himself in the middle of the storm as he had been accused of tampering with Addison, who entered the transfer portal on Tuesday. This came after Riley himself said he thinks there should be restrictions on NIL deals.

“There was no doubt it was going to seep into recruiting at some point. I think that anybody that cares about college football is not real pleased with that because that wasn’t the intention,” said Riley. “We all get that. A lot of people voiced concerns when NIL came up that there had to be a plan for that. Instead, we instituted NIL without any plan for that, so that’s why we’re at where we’re at.”

Addison is expected to transfer to USC after entering the transfer portal. Rumor also has it that Addison was offered major cash and a house if he became a Trojan. Riley is not the only coach accused of tampering with players and offering them money and the NCAA plans to crack down on this.

What's wild to me about the Jordan Addison situation is how quickly a rumor became accepted as Twitter Fact.

FWIW, USC does not have a collective and has lost at least one recruit to a school that is giving out deals.

But it apparently has $3M to give a receiver for 1 season.

The NCAA is now saying that if schools and their boosters cheat to get players, they will be dealt with.

One NCAA official told Sports Illustrated that they realize they made a mistake in not setting rules around NIL before now.

“We let things get out of hand,” says one official with knowledge of the guidelines. “We have to get [the boosters] out of contacting recruits and bartering with them.”

According to the new bylaws which could go into effect soon, if schools do not control their spending, they could be sanctioned for violating NCAA rules.

It may not cut down on cheating, it could, however, make schools a little bit more cautious when making NIL deals with student-athletes.