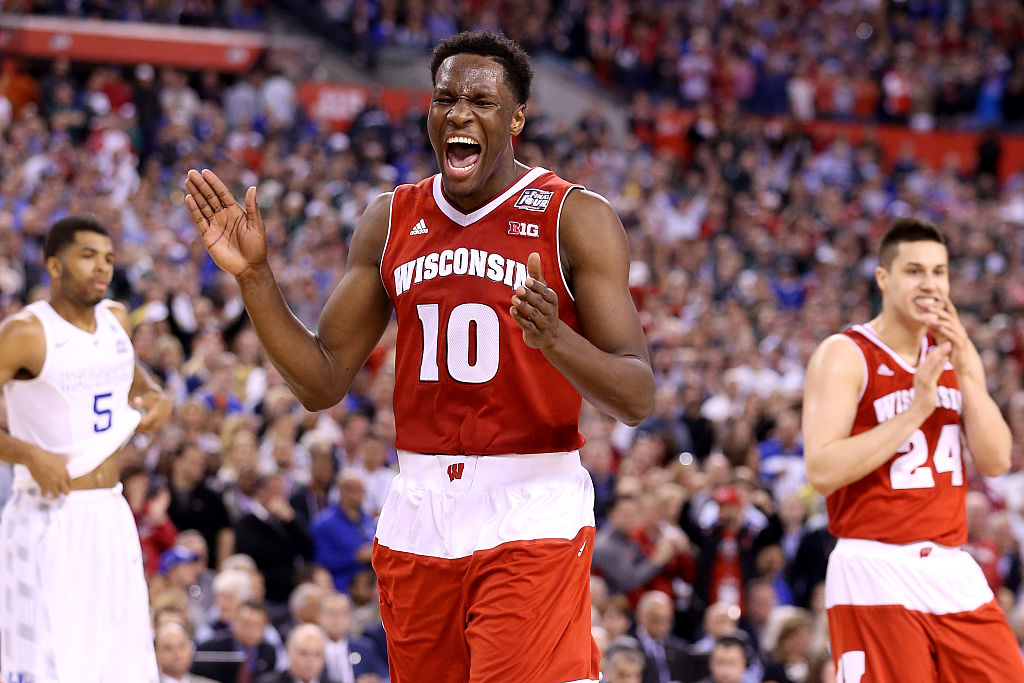 Usually athletes are supposed to say nice things about the companies that sponsor them and their organizations. Wisconsin’s Nigel Hayes, however, never really got that memo.

Here’s what Hayes, one of college basketball’s most outspoken players, had to say about the basketballs supplied by Under Armour, who just agreed to sponsor the Badgers for the next 10 years.

The best part of this is the repeated shots at the NCAA’s system of amateurism. You can just hear the sarcasm in “In this amateur sport of college, where money isn’t the goal.” Hayes obviously recognizes the absurdity of an ostensibly amateur organization that’s all about fun but brings in millions of dollars for its teams. Without Hayes and people like him Under Armour wouldn’t be interested in paying all that money to put their logo on Wisconsin’s jerseys, and yet not only does Hayes not see a cent of the revenue, he has to deal with whatever externalities occur. If the Badgers’ athletic department decides to go with the basketballs that will earn them the most sponsorship bucks, that’s tough s— for the players.

On a lighter note, it is kind of ridiculous that college teams have to deal with different balls in different arenas. The grip and feel of a basketball can have a big impact on a player’s ability to shoot consistently, and the basic lack of uniformity is odd and inconvenient.

The balls aren’t holding Hayes back too much — he’s averaging 17 points per game and Wisconsin has won six games in a row — but it’s about the principle!