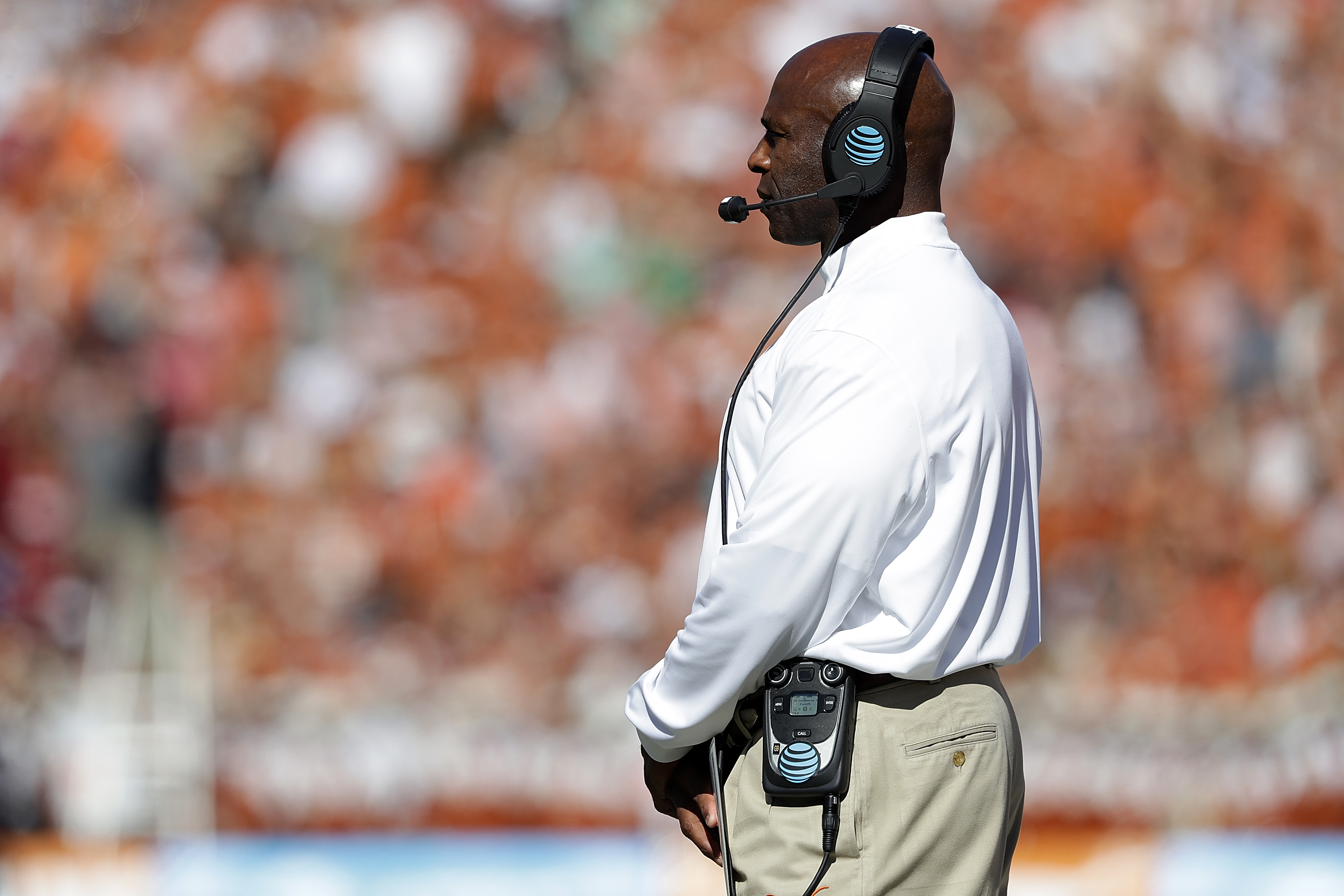 Though some have been speculating on the status of Texas coach Charlie Strong for months and even years, it appears that Strong’s time in Austin has officially come to an end.

The Austin American-Statesman is reporting that Texas officials have decided to fire Strong. Though nothing has been made official, it’s likely that the news will be made official Monday morning.

The source has remained anonymous thus far, but here is what he or she has to say.

“It will happen for sure. The question is when,” the source said.

Asked when an official announcement could come, “Perhaps in the morning.” the source said. Strong has two years remaining on a guaranteed contract worth $10.7 million.

Asked if Strong has been told, the high-ranking university source said, “He knows what is coming.”

There have been many rumblings about Strong’s longevity at Texas as the Longhorns have continued to struggle. It appears that the Texas administrators had hit a breaking point after losing to lowly Kansas on Saturday. After the game, Strong was somber in his post-game press conference while his wife was in tears in the Longhorns’ media room.

Texas has just one more game in this lost season. The Longhorns will take on TCU to close the season, though it’s unclear who will be leading Texas on the sidelines for this game.

When this coaching search begins, it will surely be an interesting one. There have been reports about Houston coach Tom Herman making the jump to the Big 12 for weeks now. And with a job this prestigious, other big names are bound to come up.