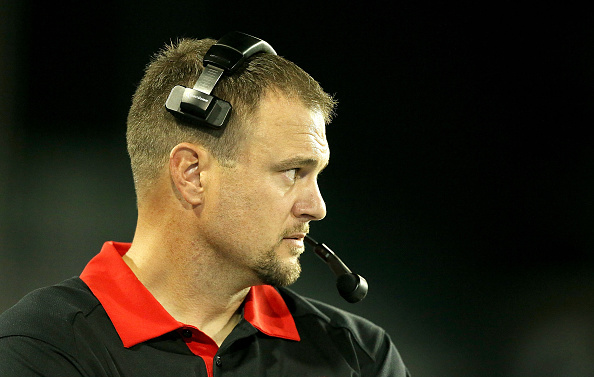 After prolonged rumors the Texas Longhorns were going to fire Strong after another disappointing season, the organization pulled the trigger this afternoon, canning the well-liked, yet underperforming head coach. Almost as soon as Strong was fired, the Longhorns have reportedly agreed to a five-year deal with Houston’s Tom Herman.

Herman’s been atop the leaderboards for multiple teams searching for stability at the head coach position. Baylor and LSU both showed serious interest but were rebuffed by the 41-year-old. With Houston not going to the Big 12, Herman opted to cash-in to coach one of the nation’s biggest programs.

Texas source confirms Herman will receive a 5-year deal for more than $5 million a year with escalators to over $6M in final year of deal.

The school released a statement on Herman leaving.

Texas is getting a hell of a football coach. Herman led the Cougars to a 13-1 record in his first season with the club, capturing a Peach Bowl over the Florida State Seminoles. In 2016, Herman has led Houston to a 9-2 record with a 5-2 record against the AAC. The Ohio native previously served as offensive coordinator under Paul Rhoads in Iowa State and in the same capacity under Urban Meyer at OSU before leaving for Houston.

With Herman finding a bigger gig, Houston is in need of a qualified coach. Dare I suggest Strong? I kid, I kid. But, regardless, Texas landed the man they wanted.