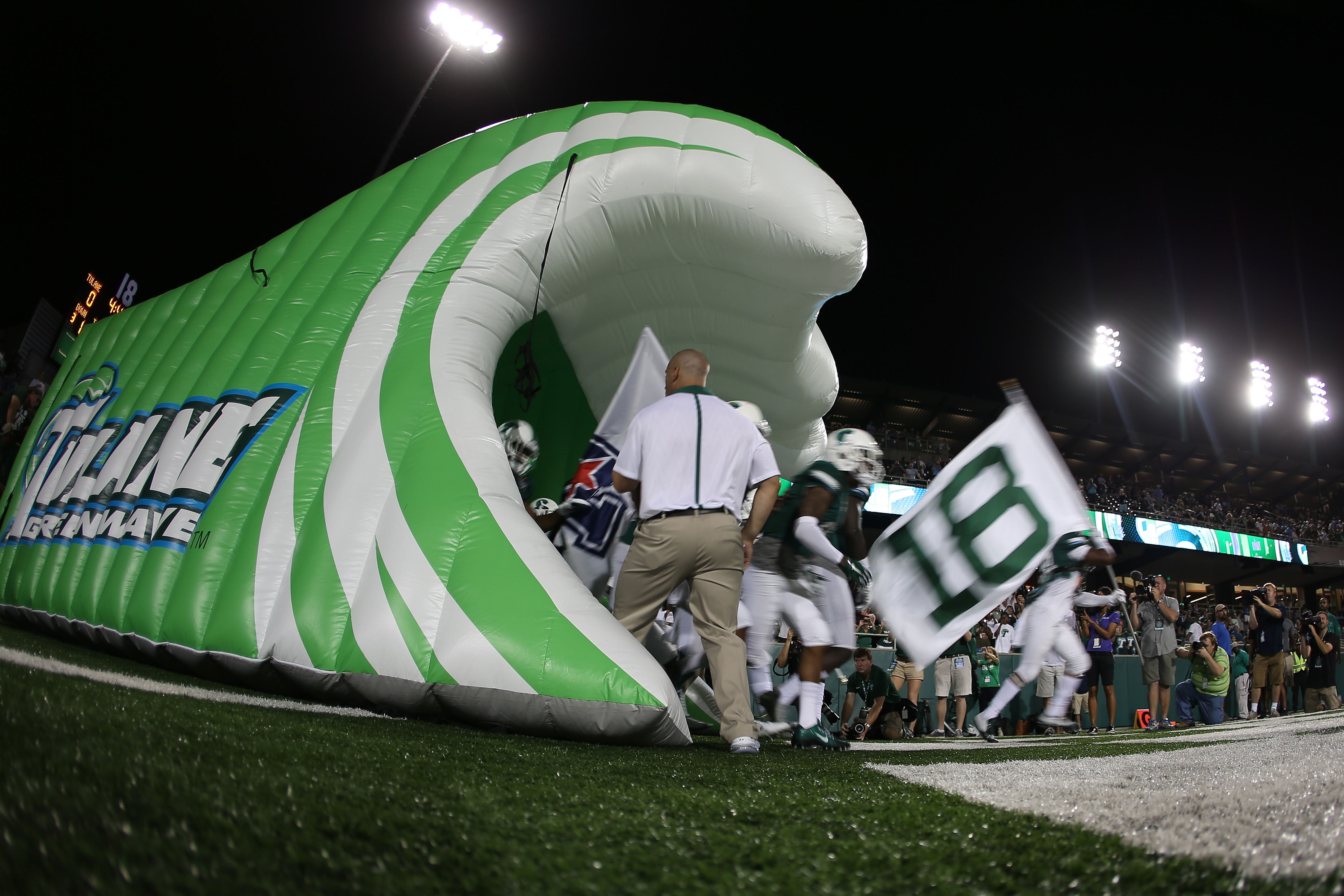 During the bevy of games that started at noon last Saturday, you’d be forgiven for missing a couple scores. Though in the lower rungs of the early afternoon schedule, there’s one result you should’ve been paying very close attention to:

The Tulane Green Wave beat the Tulsa Golden Hurricane, 62-28, in New Orleans. It wasn’t even really that close. Tulane dashed out to a 21-7 lead in the first quarter, then piled on 27 more points in the second to take a 48-7 lead into halftime. Even with feet completely off the gas during a meaningless final 30 minutes, the Green Wave still scored 14 while allowing 21 to a Golden Hurricane squad trying to save face.

Going into the year, this result would have been shocking. In each of Philip Montgomery’s first two seasons since leaving Baylor, Tulsa has made a bowl game. Last year, the Golden Hurricane went 10-3 and finished second in the American Athletic Conference’s West division. The offense, as expected, was firing on all cylinders and Tulsa was back to competing for league titles.

In year three, the results haven’t been ideal with a 1-5 record. However, close games against tougher opponents like Toledo, New Mexico and Navy showed there was more to Tulsa than the wins and losses. This loss spat in the face of all of that. It also showed that Tulane has significantly improved from year one of the Willie Fritz era to the next.

Fritz was no youngster when he assumed the Green Wave’s head coaching job for the 2016 season. He’d made a name for himself at Division II Central Missouri for over a decade, then turned Sam Houston State into one of the FCS level’s premier programs. Two years of success at Georgia Southern was enough to sell Tulane. The team wanted to try something different in its near 20-year quest to get back to respectability.

Since the surprise 1998 team went 12-0, the Green Wave have made just two bowl games, in 2002 and 2013. What the program had to deal with (and continues to deal with) in the aftermath of Hurricane Katrina is well documented. But knowing the challenges for a private school in New Orleans isn’t the same as dealing with them.

Recently, Tulane has taken to being far more proactive about its need for football success. Troy Dannen was introduced as the Green Wave’s new athletic director in late 2015, and has taken an aggressive approach to generating support from students, alumni and the surrounding community. The Angry Wave’s revival was one major part of that. Another was thinking outside the box with the hire of Fritz.

In the years after the 1998 season, Tulane had taken to hiring “a” coach. Whichever coach they could afford who seemed capable of doing the job was fine. The Wave were hamstrung budget-wise and its former league, Conference USA, was repeatedly gutted by conference realignment. Now, hiring Fritz — a coach with a knack for turnarounds and an atypical offensive system — was a clear knock on convention.

As NOLA.com said at the time, Tulane was opting for substance over style.

The “style” Fritz runs has included some form of option over the years, but that shifts to meet the needs of the program. Georgia Southern’s option focus was what outside fans are most familiar with, but it’s also part of the culture for that team. Sam Houston had a strong rushing attack when Fritz was there, though the passing attack was plenty capable too.

At Tulane, Fritz has the Green Wave trending more toward a spread attack that just happens to run the option sometimes. As he told SB Nation’s Richard Johnson in an excellent feature this summer, he wants a strong run game, but doesn’t want to be an option team the way Navy and Georgia Tech are. Tulane runs a spread out of the shotgun formation, the way many other spread teams do. And Fritz has shown himself willing to adjust based on the team’s personnel.

That personnel appears to be coming together, though.

In the win over Tulsa, Tulane had 653 total yards, including 488 on the ground (for an average of seven yards per carry). When they passed, it was equally efficient — 9-of-13 for 165 yards. Running back Dontrell Hilliard got the headlines for rushing for 175 yards and four touchdowns on just 19 carries. However, three other players also topped the 60-yard mark.

The Green Wave aren’t winning every time they’re on the field, but like Georgia Tech, Navy and Army, they’re physically challenging teams in ways they aren’t, typically. By bringing in someone unconventional like Fritz, Tulane acknowledged the uphill battle of its station — a private school in a talent-rich area, dwarfed by LSU — while answering the call of being competitive in the Group of Five’s toughest division top to bottom.

In some ways, they have Navy to thank for that blueprint in the AAC West. The Midshipmen have been near the top of the division since they arrived, in large part due to the option-based attack they run. Conceivably, Tulane could attract better athletes to run the same system. But whether those athletes are better or not, this year’s results (including a two-point loss to Navy) prove the system can help make up for a resources gap compared to Houston, SMU, Tulsa and Memphis.

With pro-style personnel when Fritz arrived just two years ago, Tulane was thought to be a slow rebuild. The Green Wave didn’t just need better players to compete, but players geared toward an entirely different brand of football. And yet at 3-2 this year, Tulane already seems to be rounding into something interesting. The remaining games are far from easy. And even a 6-6 record doesn’t mean the work is done. That said, for the Wave to already be in the conversation for .500 means Fritz is already ahead of schedule.

There’s no telling where the ceiling is for Tulane in the AAC West, or for Fritz at Tulane. The former sits as part of a league still in its infancy with no established pecking order. And the latter is 57 years old and unlikely to be high on the radars of Power Five teams looking to make a coaching change. Theoretically, we could find out the ceilings of both together. In which case, the two combined are already off to a pretty strong start.