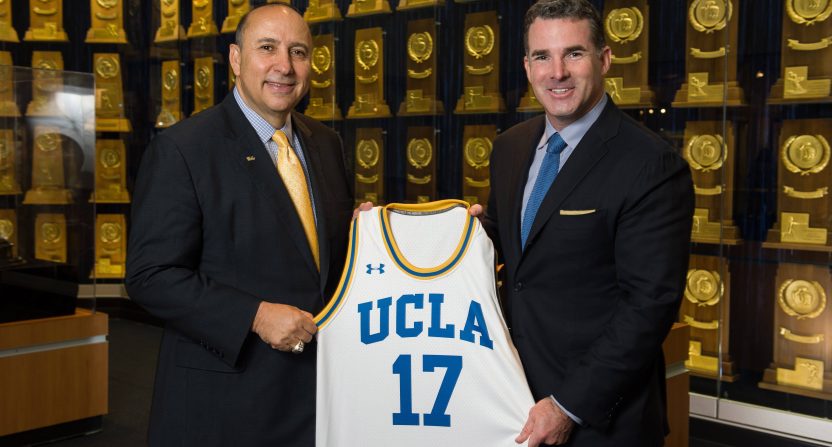 Under Armour built it’s brand on the slogan, “We must protect this house.” Unfortunately, the sports apparel company hasn’t done that in recent years as it’s taken a few financial beatings in its attempts to compete with the likes of Nike and Adidas. The company has reeled recently from a federal investigation into its accounting practices, the loss of longtime CEO and founder Kevin Plank, the retail effects of the COVID-19 pandemic, and poor sales in general prior to the crisis. So it makes sense that they’ll look for ways to cut costs wherever they can right now. It appears they’ve identified a cost worth cutting in their 15-year, $280-million apparel deal with UCLA, which they signed in 2016. The company has informed the university that they are looking to terminate the record-breaking contract.

Under Armour has informed UCLA that it is attempting to terminate its record $280-million apparel deal with the school. In an email to UCLA constituents, athletic director Dan Guerrero wrote "We are exploring all of our options to resist Under Armour's actions."

As the LA Times’ Ben Bolch notes, this would be a huge financial blow to the Bruins, who are currently facing a huge budget deficit as it is. The 12.5 million in yearly apparel revenue they get from the Under Armour deal is something they’re counting on at this moment.

While Under Armour is clearly looking to save money, it’s hard to deny that they also feel like the UCLA deal hasn’t been worthwhile. It’s not as though the company has stopped cutting deals with athletic departments. As recently as this week they re-upped a deal with Texas Tech. They also have deals in place with Auburn, Boston College, Maryland, Northwestern, Notre Dame, South Carolina, and Wisconsin, to name a few. But given the magnitude of the UCLA deal, and the apparent lack of returns that can be tied to the lack of big success by the school’s major athletics programs in recent years, it’s clear that the company doesn’t feel like representing the Bruins is a very financially worthy endeavor at the moment.

Of course, this could also be the beginning of a push by the company to opt-out or renegotiate deals with other schools that haven’t warranted the contracts they signed.

Wall Street analysts project Under Armour's sales for the current fiscal quarter to be down 53.8% from the same period last year, according to American Banking and Market News.

Given their dire financial situation, it might be in the best interest of many of those schools to also consider how they can do the same and think about the future.