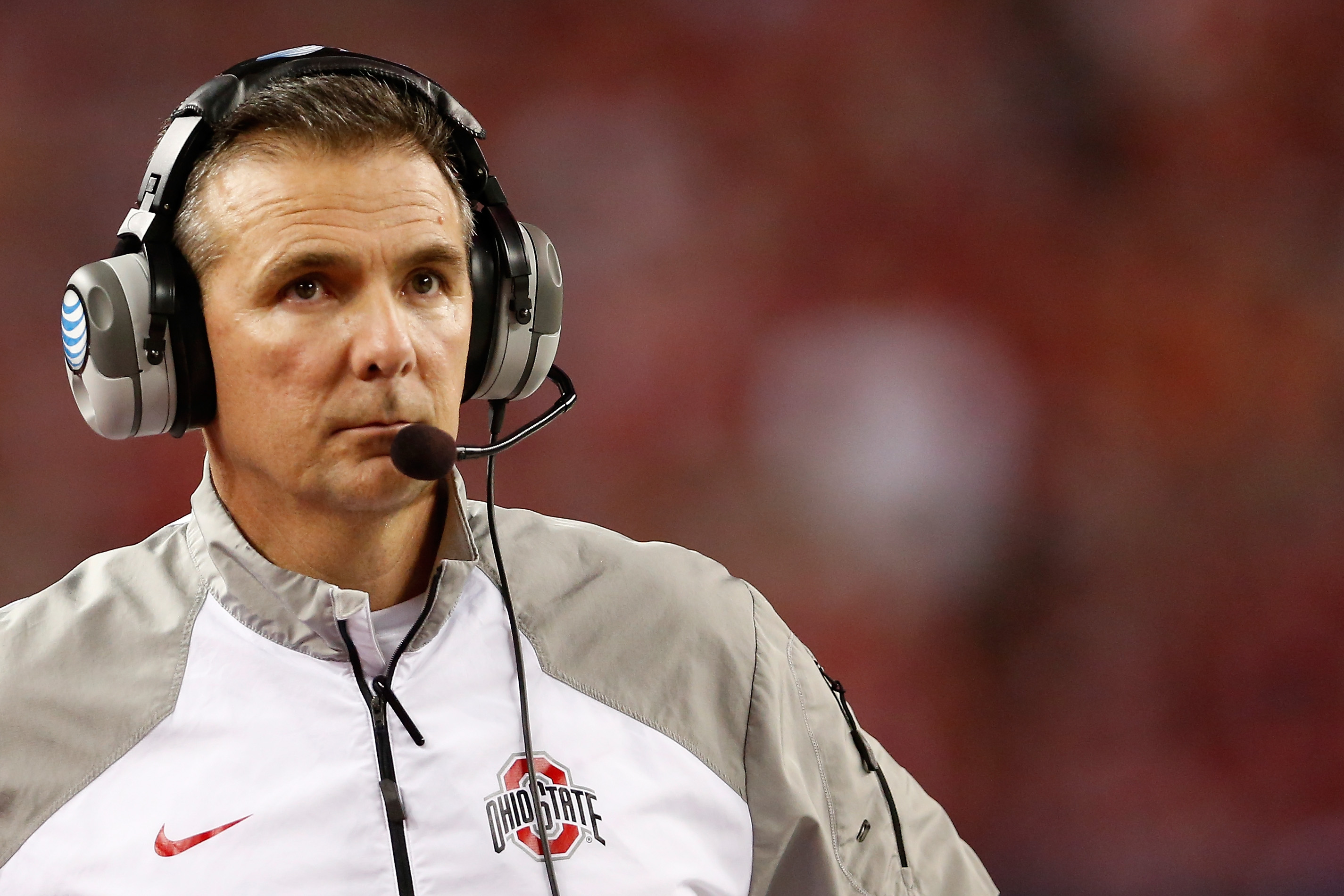 By all accounts, Ohio State head coach Urban Meyer expected to roll into Big Ten media day with a focus on how his team is expected to repeat as conference champions and compete for a national title.

The problem for Urban Meyer is that Smith has worked under him that entire time. Smith was on Meyers’ staff at Florida in 2009 and he followed the head coach to Ohio State where he’s been working for him ever since.

Instead of being contrite, Meyer was somewhat combative during his press conference at Big Ten media day, refuting the 2015 report from the get-go.

“2015?” Meyer said. “I got a text late (Monday) night (about a report) something happened in 2015. And there was nothing. Once again, there’s nothing – once again, I don’t know who creates a story like that.”

That’s strange because the 2015 police report outlining the incident reads, “The victim (Courtney Smith) reports a domestic incident happened last night at her home and that she has been a victim of sustained physical abuse by (Zach Smith).” No charges were filed, but for Meyer to write off the allegations as nothing, especially considering something had already happened in 2009, is a bit alarming.

Meyer is, however, aware of the 2009 incident in which Smith and his then-pregnant wife were involved in a domestic disturbance that Zach was determined to be the “primary aggressor.” Smith was arrested but his wife decided not to press charges.

“I’m going to address the 2009 (situation) because I’ve been asked about that,” Meyer said Tuesday. “In 2009 Zach was an intern, a very young couple. As I do many times, most coaches and people in leadership positions, you receive a phone call, first thing you do is tell your boss, let the experts do their jobs.

“We’re certainly not going to investigate. It came back to me that what was reported wasn’t actually what happened. And (my wife) Shelley (Meyer) and I actually both got involved because of our relationship with that family and advised for counseling and wanted to help as we moved forward.”

It’s not a great answer. While the details are extremely different, it’s basically the same excuse that people like Joe Paterno and Art Briles gave in their cases, claiming it was out of their control and assuming it’s all just a coincidence that the same person kept getting accused of the same offenses.

In fact, Meyer was also asked why Smith was fired if he was aware of the 2009 incident but also found no evidence of the 2015 incident.

“That ship has sailed,” Meyer said. “This is about all the players here.”

In other words, I’m just gonna try to sweep all this under the rug and hope you don’t notice I willingly employed a domestic abuser for a decade to help oversee student-athletes.

Meyer said that firing Smith was “a very tough call.” Still, had the allegations and arrests not come to light this week, all signs point to Smith retaining his employment.

Of course, there is a report that Meyer has been “secretly” shopping Smith to other programs. Somehow, this makes it worse, because it implies that he knew Smith was a problem and needed to get rid of him, but wasn’t going to do anything about the man’s domestic violence issues.

I have a source that tells me Zach Smith interviewed for multiple jobs this offseason at Urban’s request.

It would seem that Urban has been trying to get Smith off the staff without firing him. https://t.co/Vb4XYqxbSK

There’s a real callousness that comes out in these situations when college football coaches who constantly purport to be moral centers and keepers of the high ground fail to meet the basic standards asked of them when it matters most. Instead, they try to pass the buck. It’s always funny how these program overlords who know everything that goes on under their watch suddenly claim not to pay attention to the details in these situations.

This situation, as bad as it is, isn’t on the same level as those at Baylor or Penn State or Michigan State. But it’s par for the course in how the people in charge handle their business. Duck and cover. And above all else, don’t take responsibility for your mistakes.

1 thought on “Urban Meyer is just like the rest of them, side-stepping responsibility for Zach Smith issues”